The Generali Library features a patrimony of approximately 50,000 volumes in several languages and stands as one of the vastest and oldest collections of printed works on insurance and related disciplines.

A real trove of insurance knowledge, as witnessed by the unique handwritten notes in the books, particularly those of the historical collection, made by generations of scholars and actuarial scientists who made the Library a paramount reference point for their professional training and the growth of their competences.

Search in the catalogue

The Generali Central Library was founded in Trieste immediately after the creation of the company in 1831, with the initial set of publications slowly built upon and expanded over the course of the 19th century. It was Marco Besso—the company’s chairman and a bibliophile and avid book-collector—who led the drive for the Generali collection. On 17 September 1899, he created a library in the Procuratie Vecchie, home of the Venice Head Office. Originally intended as a resource to support employees in their work, the collection of documents stored in the Head Office gradually expanded its range of contents to take in the scientific background and development of various branches of the insurance industry. The library holdings include publications relating not only to the science of insurance, but also texts regarding the fields of law, economics, actuarial science and statistics. This is a response to the inextricable bonds between the history of insurance and its legal, economic, technical and social evolution and tradition. For the most part, these are volumes that date from the mid-19th century up to the present day, alongside a small but precious collection of antique books (16th and 17th centuries, with some 18th century editions). The texts that straddle the 19th and 20th centuries offer a particularly unique glimpse into the growth and expansion of studies of insurance in Italy and the areas under the control of the Habsburg Empire (which included Trieste until 1918). It is also worth mentioning a remarkable collection of celebratory volumes compiled by insurance institutions and companies. By offering a snapshot of their own history, they offer a wealth of information regarding the development of the insurance industry in various countries. The library also holds a collection of Italian and foreign periodicals that relate to matters of insurance, economics and law. These include the Bollettino delle Assicurazioni Generali, among the oldest Italian corporate magazines in existence, founded by Besso in 1893. Alongside texts on subjects related to insurance and adjacent fields, a collection has also been built up over time with publications relating to local history and history of art. The latter in particular is a reflection of the company’s traditional support and patronage of the arts. Among the historical collections, of particular interest is the Marco Besso Collection, which gathers texts relating to insurance, economics and literature. In 2000, the Generali Group expanded its resources with the library collections of the INA; in 2006 the collections were further enhanced by documents from the ISA (Istituto per gli Studi Assicurativi, the Italian institute for insurance studies), established in Trieste in 1945 and which ceased operations in 2006; in recent years, the library also obtained parts of the library and archive collections of Professor Traian Sofonea, a renowned scholar of all aspects of insurance studies. The Collections Marco Besso Collection Comprises volumes related to insurance, economics and literature. Historical Collection Features milestone publications for the study of modern insurance history, including works by its most eminent specialists and pioneers of this discipline on topics like the study of insurance doctrine and technique, the management of insurance companies, financial and actuarial science, as well as private and social insurance. Particularly noteworthy is the multidisciplinary collection on maritime insurance, naval industry, sea navigation and transport, from the international to the local level. Graduate Thesis Hosts the degree thesis written by students who researched the library for compiling their final graduation projects. Historical-artistical Miscellaneous Collection Gathers books on local history and art and is a reflection of the company’s traditional support and patronage of these fields of knowledge.   The library of the Istituto Nazionale delle Assicurazioni (INA), named after Professor Antigono Donati—Emeritus Professor at the Sapienza University of Rome and expert in insurance law—was founded at the same time as the INA itself. The first publications came from 24 private insurance companies who passed over their life insurance portfolios in full to the INA following the passing of Legislative Decree 305 of 4 April 1912 (which established the INA as a state-owned monopoly). Over the years, the library has gradually expanded its collections, moving into the scientific foundations and development of life insurance, without ever neglecting the side of technical, financial and legal materials that are closely linked to non-life insurance. The Collections Donati Collection Includes insurance volumes donated by Professor Antigono Donati. This is a highly-specialist collection that offers an insight into the evolution of research into insurance in Italy and around the world. Of particular interest are the publications from Latin American countries in the 1930s-1940s. Magazine Collection Brings together Italian and foreign periodicals collected by the library since its founding. It is worth mentioning the significant added value of this collection, which includes a number of publications that cannot be found in other research libraries due to their highly specialist nature. Antique Collection Dedicated to rare and valuable volumes. It includes works on law, insurance and actuarial science spanning over three centuries, from 1545 to 1898, including several prestigious 16th century manuscripts. Historical Collection Incorporates published monographs from the late 19th and early 20th centuries—a period that saw the introduction of the first laws to regulate individual elements of the insurance industry under the Commercial Code of 1882. Contemporary Collection Includes works published from 1950 to 2010. These are texts that provide evidence of the sea-changes in law and in Italian and European legislation, the impact of shifting demographics and the diversification of consumer habits and markets. Graduate Theses Holds theses on topics of insurance. Obtained from various sources over the years, many linked to INA competitions and study grants, as well as gift copies of thesis presented to the library by students who did their research at the library. 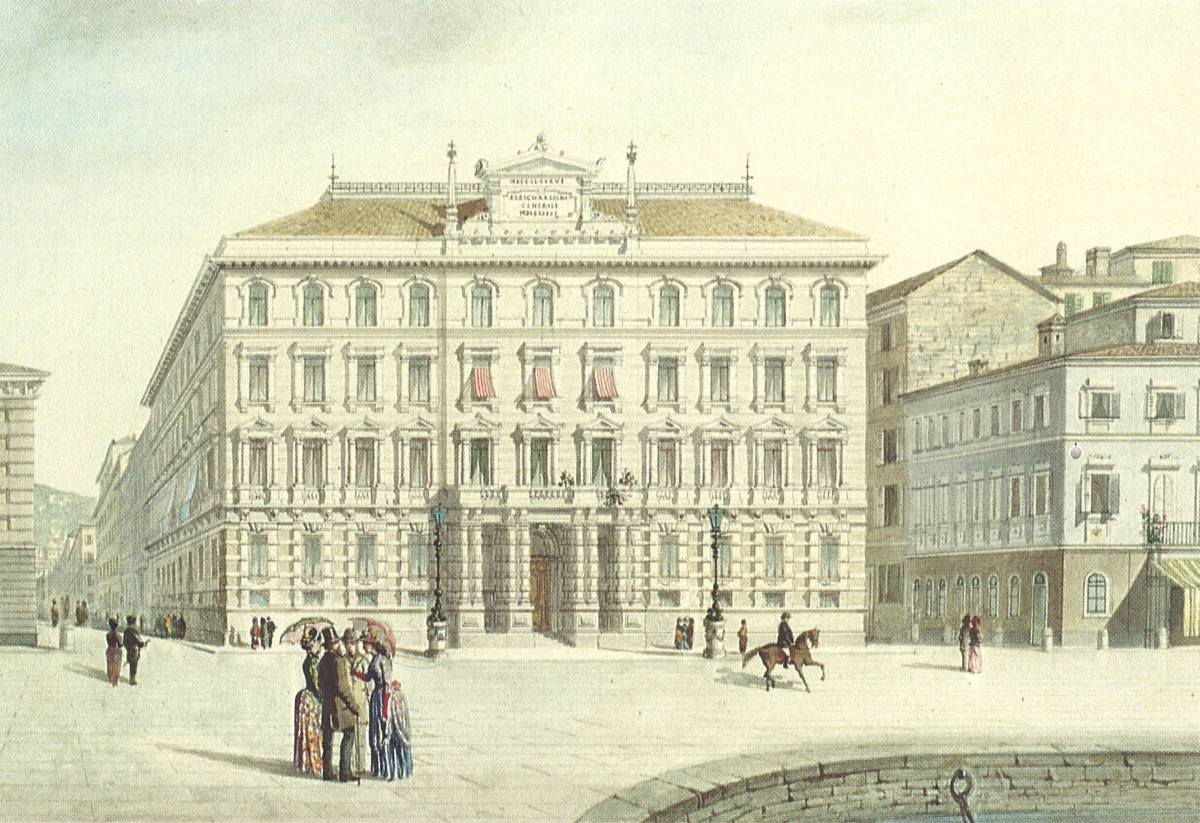 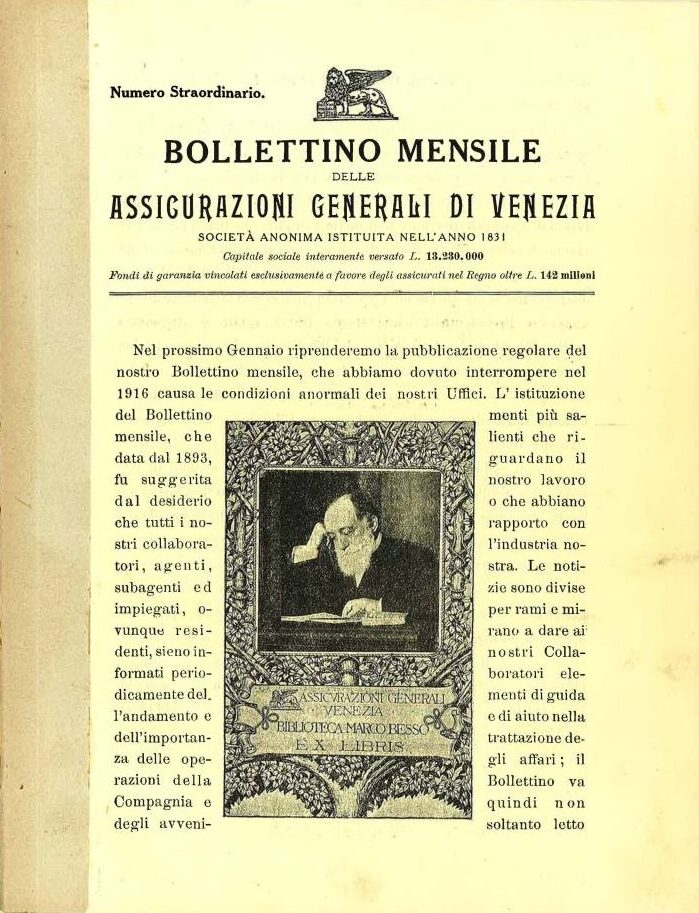 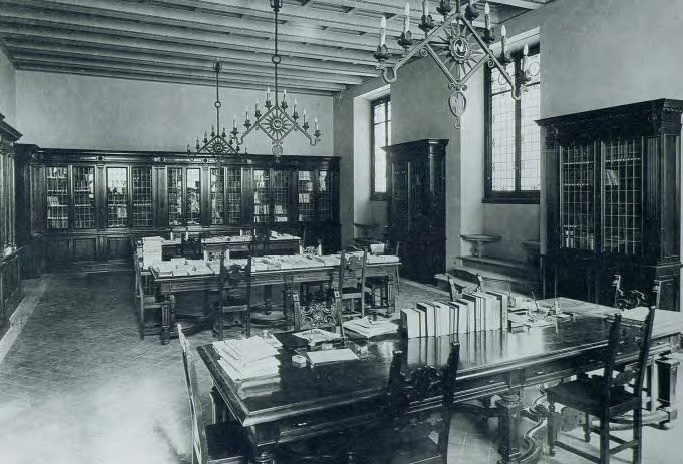 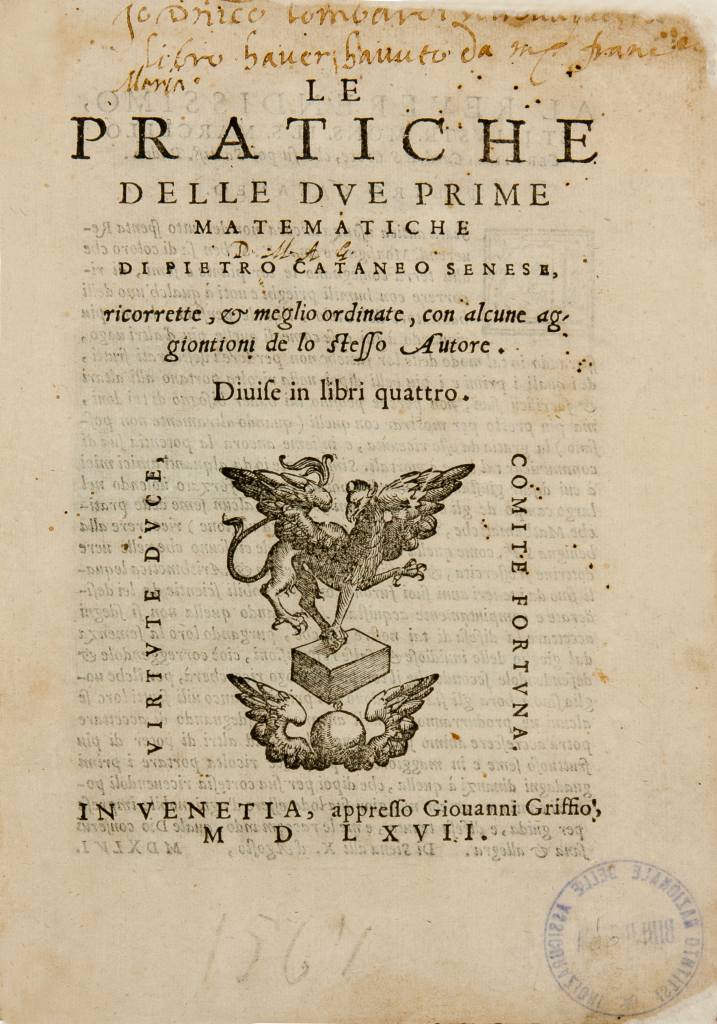 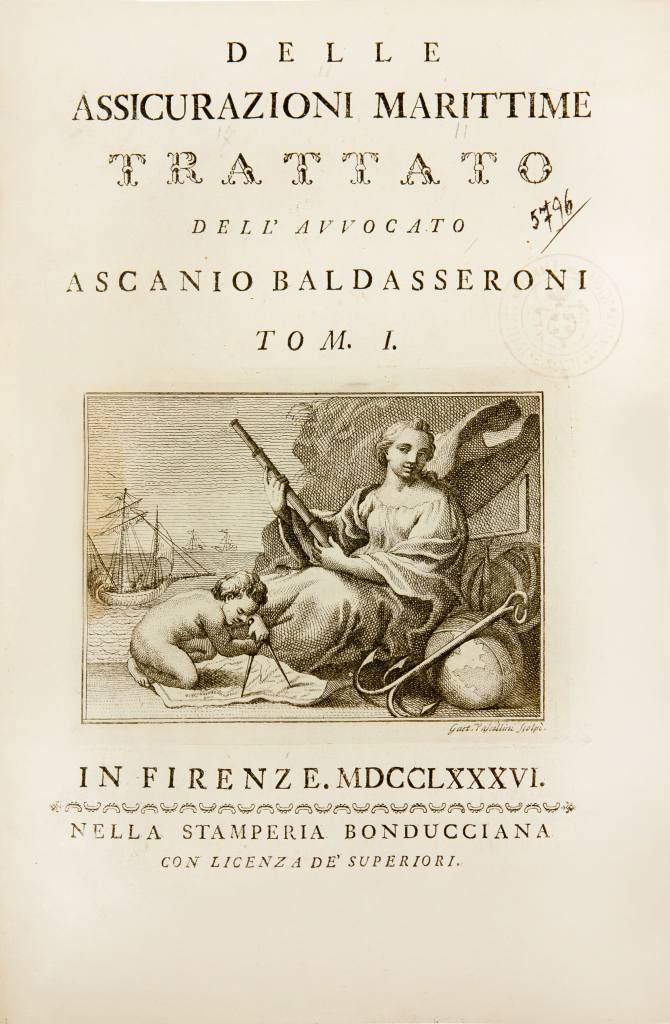 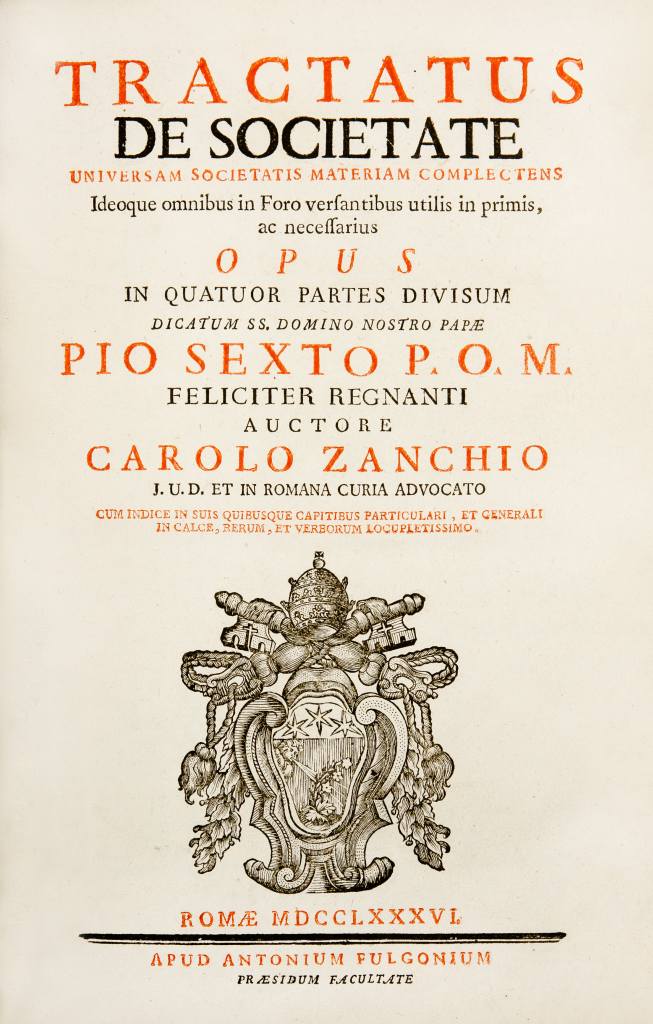 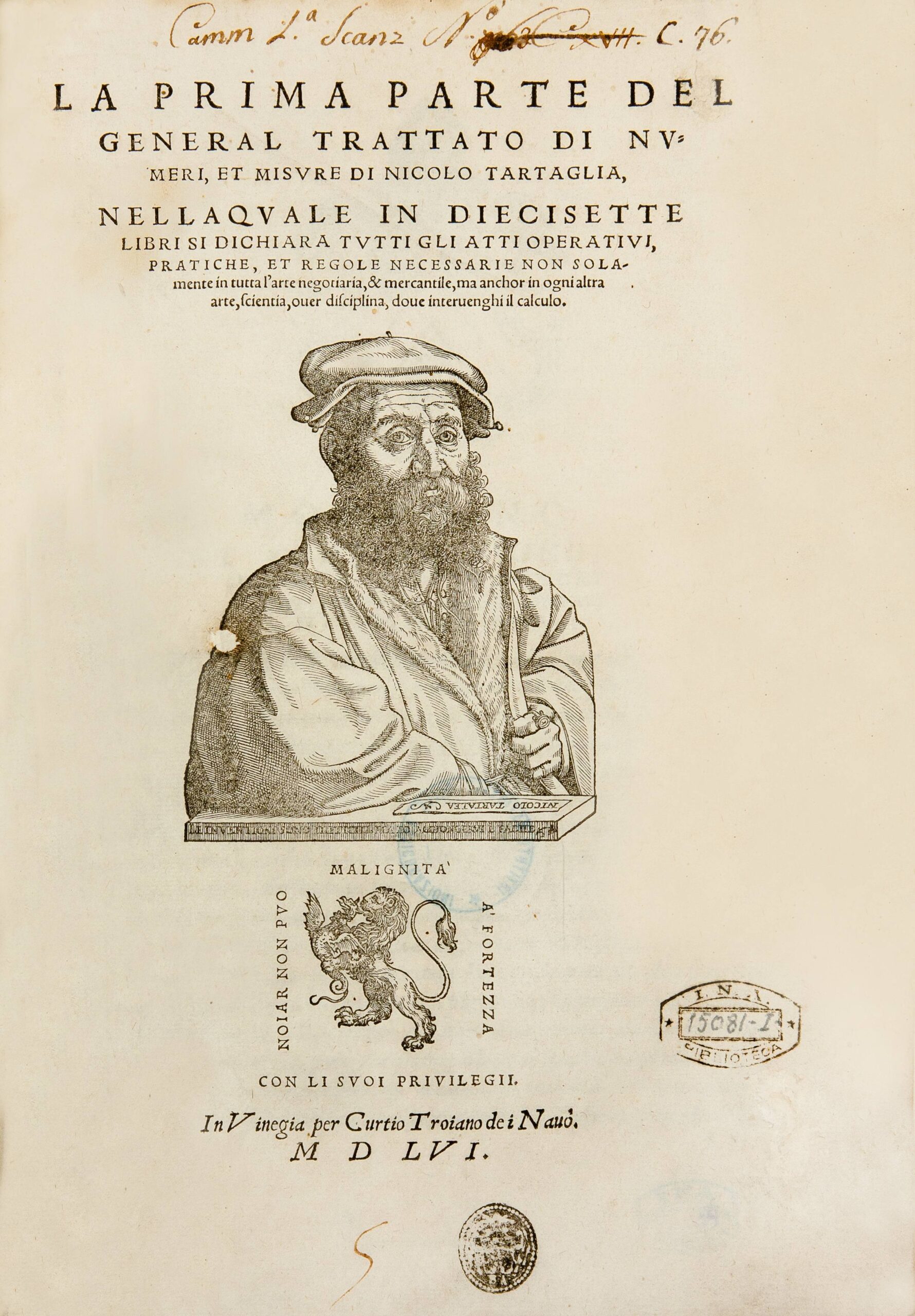 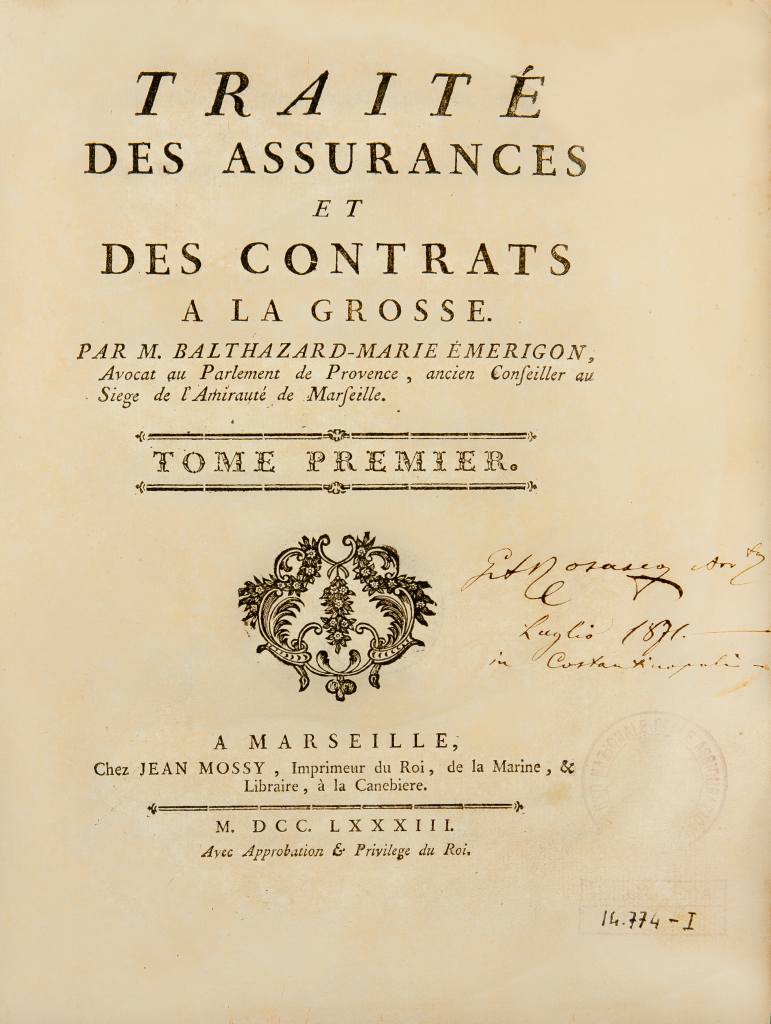 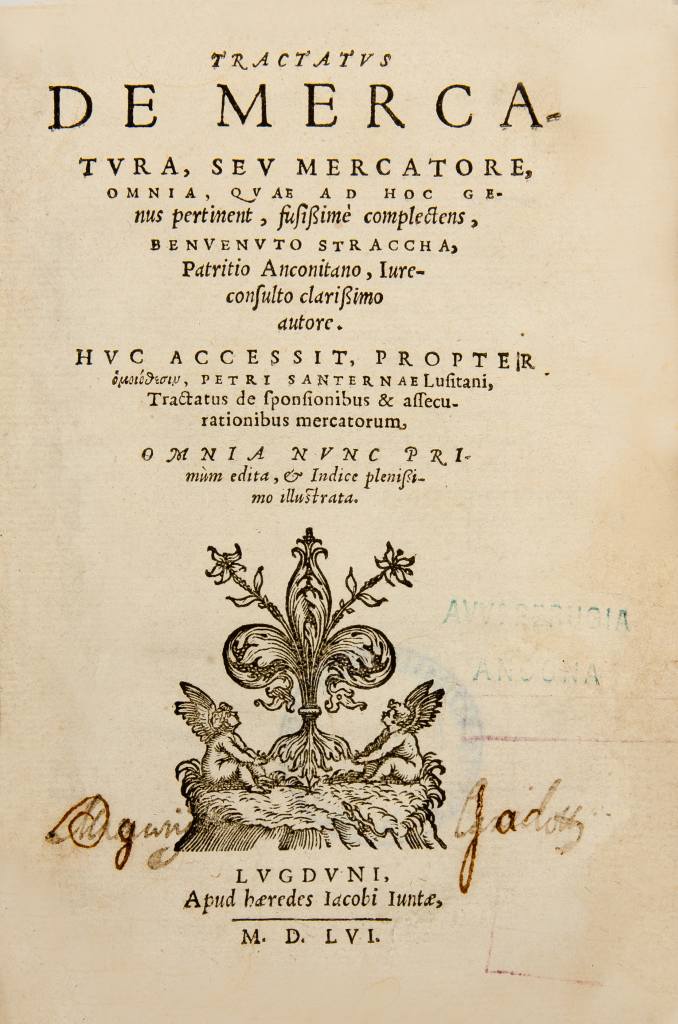 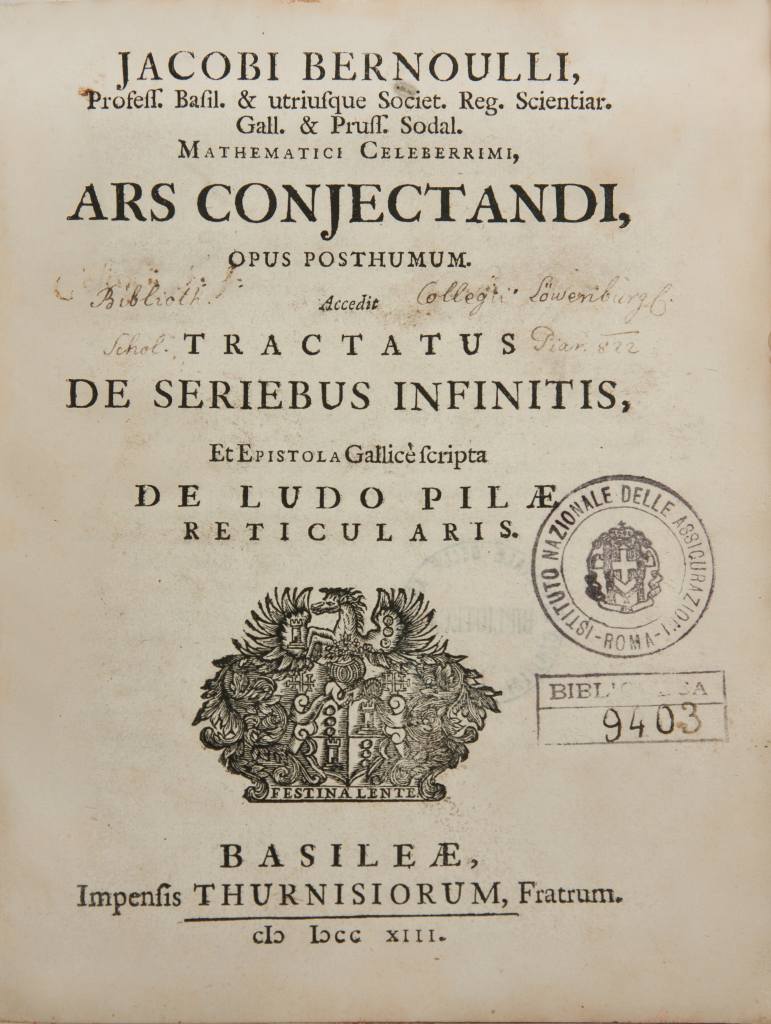 Services Consultation is open to the public. Borrowing is restricted to employees of the Group. Assistance with bibliographical research is available at the library. Photocopying is allowed within the limits laid down by Italian Law 159/1993. Admissions and Requirements Users wishing to access the library must leave an ID with the clerk and sign the visitors register. Contacts via Machiavelli, 4 – 34132 Trieste biblioteca.centrale@generali.com heritage@generali.com