Insurance… Out of This World! 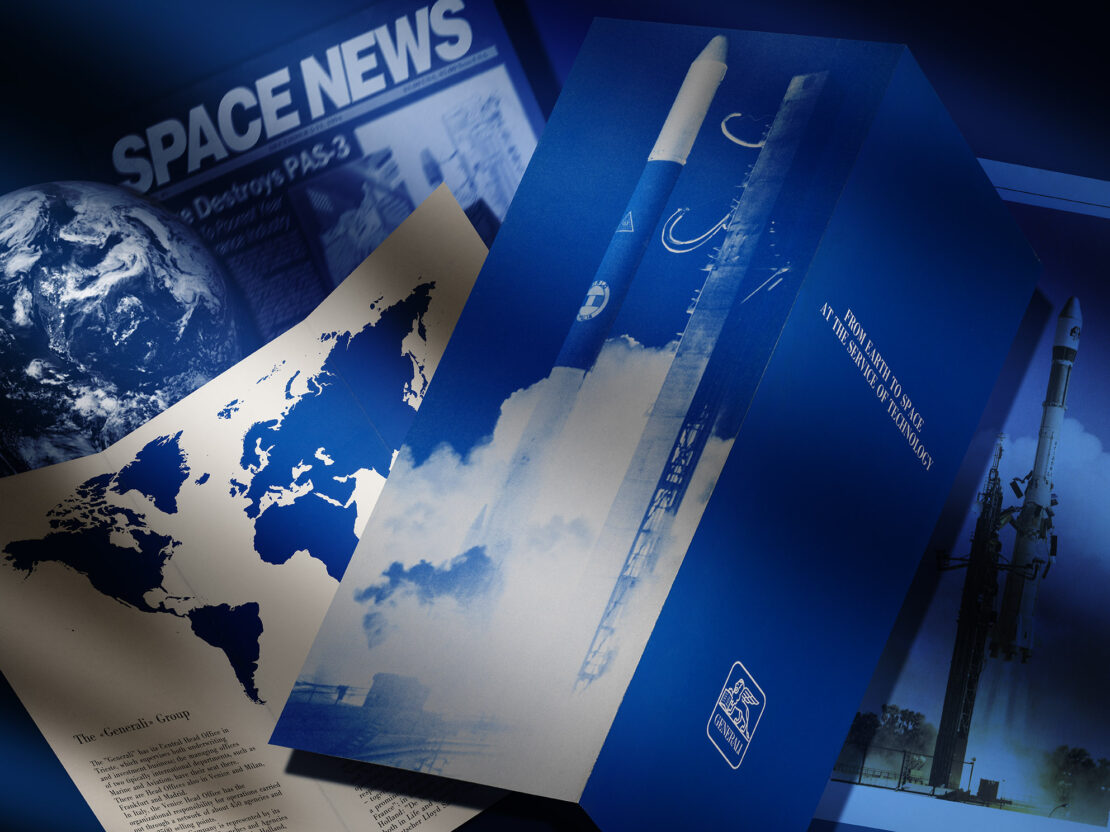 The space branch originated as an office in the aviation branch, which in turn began life as a section of the transport branch. Generali was already providing the first aviation cover in the mid-1920s, and by the early 1930s was operating an aeronautical branch offering a full service.

In 1960, the company took the bold decision to cover a new type of risk – aerospace, a sector undergoing furious development and posing new challenges for insurers. At the request of the National Research Council of Italy (CNR), insurance was provided for the "San Marco" project in 1964. The programme, conceived by Luigi Broglio, known as the father of Italian astronautics, was carried out in cooperation with the Americans, and allowed Italy to follow the Soviet Union and the United States in sending its own satellite into orbit.

Generali fully entered the field of space insurance when Sirio, Italy’s telecommunications satellite for very high frequency wavebands, was launched from Cape Canaveral in 1977. Within the next few years, Generali had become one of the leading companies in the sector. In 1978, the space risks technical office was set up within the aviation branch, becoming an independent branch in 1991 in recognition of its turnover and skill levels.

One of the fundamental growth factors was the constant emphasis on a high level of technical training, which enabled staff to move from a traditional role of covering risk to one of preventive consultancy.

The company's progress allowed it to be closely associated with many important initiatives, with constant and rapid technological progress, and also with major aerospace disasters, such as the 1986 Challenger Space Shuttle tragedy. There were numerous contacts and exchange visits involving representatives of other insurance companies, government agencies, and space industry technicians from all over the world. Collaboration with China and the USSR also began in that period, in a climate of growing political and economic openness. Generali representatives were among the first westerners to visit the USSR's Baikonur Cosmodrome, and cooperation with the Russian space agency Glavkosmos meant that the winged lion trademark could be displayed on the Soyuz spacecraft launched on 5 September 1989.

Generali provided life insurance for Franco Malerba, the first Italian astronaut, who participated in the STS-46 space mission of 1992 as a crew member of the Atlantis Space Shuttle.

The company also played a central role in promoting important scientific initiatives for knowledge exchange and comparison among various parties interested in this sector. It organised international conferences, the first held in Trieste in 1979, attended by space agencies, constructors, telecommunication companies, and insurance and brokerage firms. Participation grew rapidly, with over five hundred delegates from more than 30 countries registering for the 2001 meeting.

As explained by Enrico Randone, company president from 1979 to 1991, Generali's interest in space risks was not sporadic, but "a calculated business decision, in tune with the corporate philosophy of a company that wants to live in its time", trusting in progress, despite the fact that the market was one of enormous fluctuations with high takings counterbalanced by extremely heavy claims. Generali’s original pioneering spirit (before space risks there had been the hail branch) enabled it to be a leader from both the actuarial and socio-economic points of view, proactively recognising new market trends that expressed people's wishes for safety, protection and prevention, and thus managing to be a point of reference for any type of need, even exceptional ones such as those of astronautics companies, and establishing itself as a lifetime partner for all its policyholders. 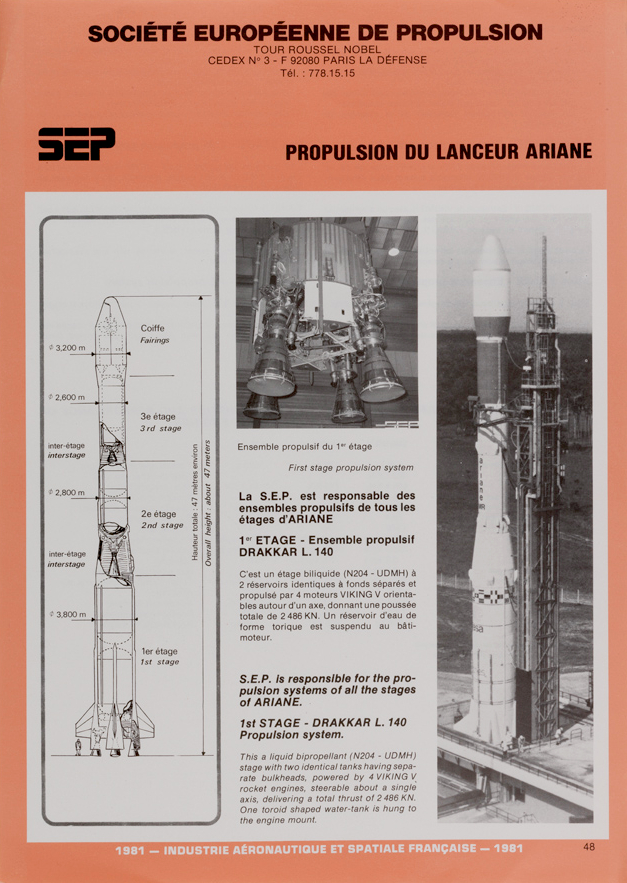 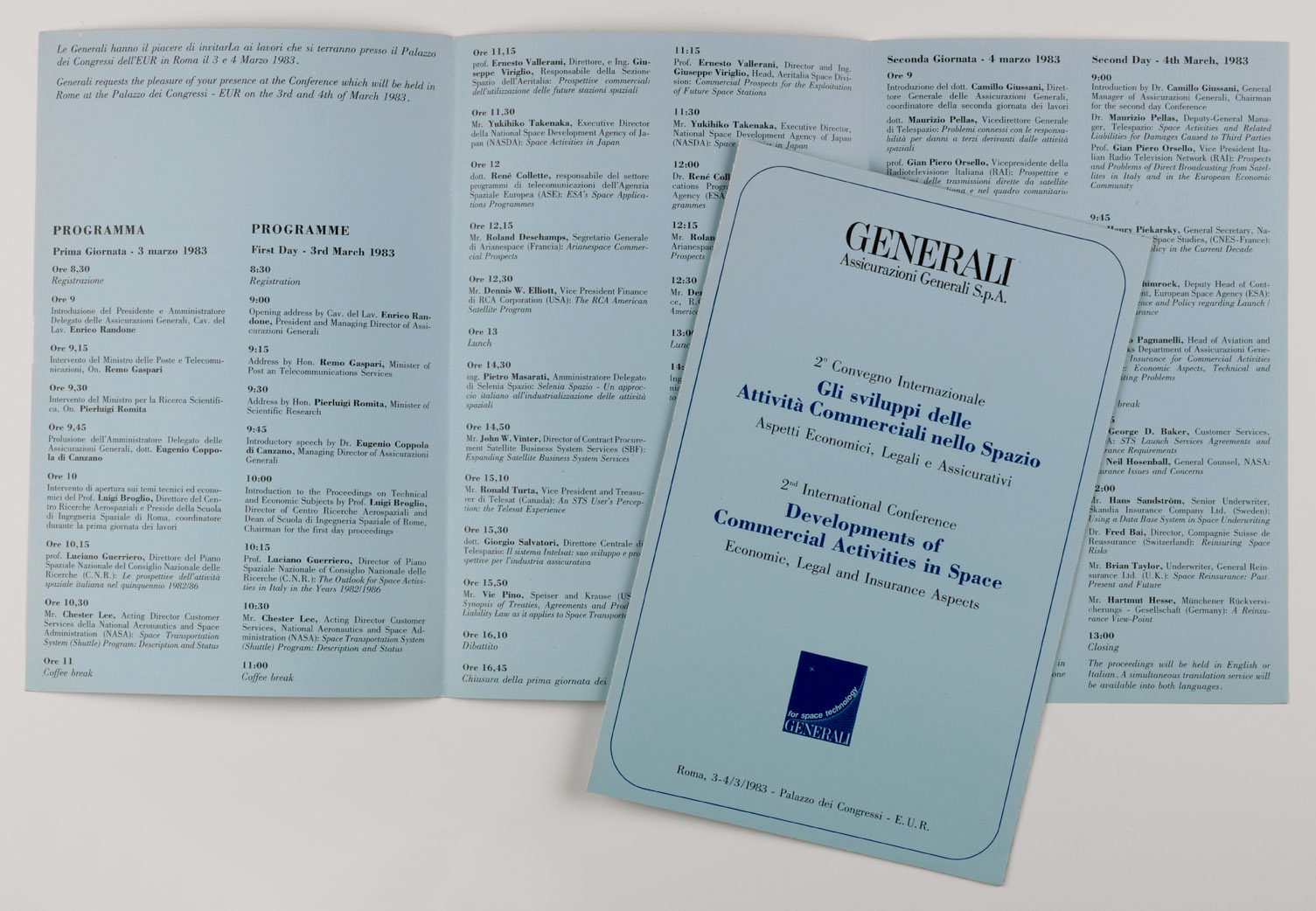 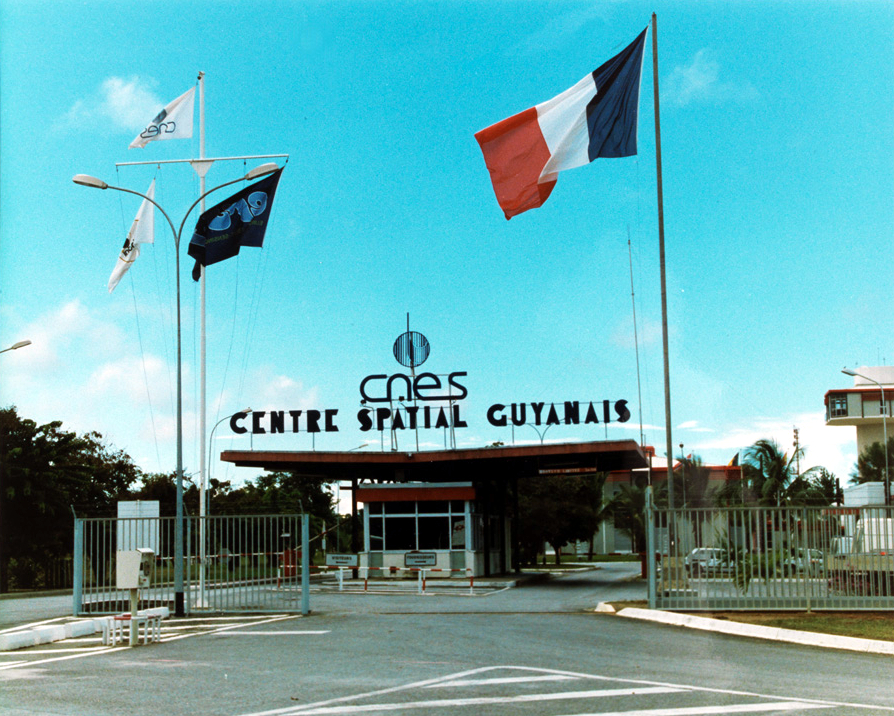 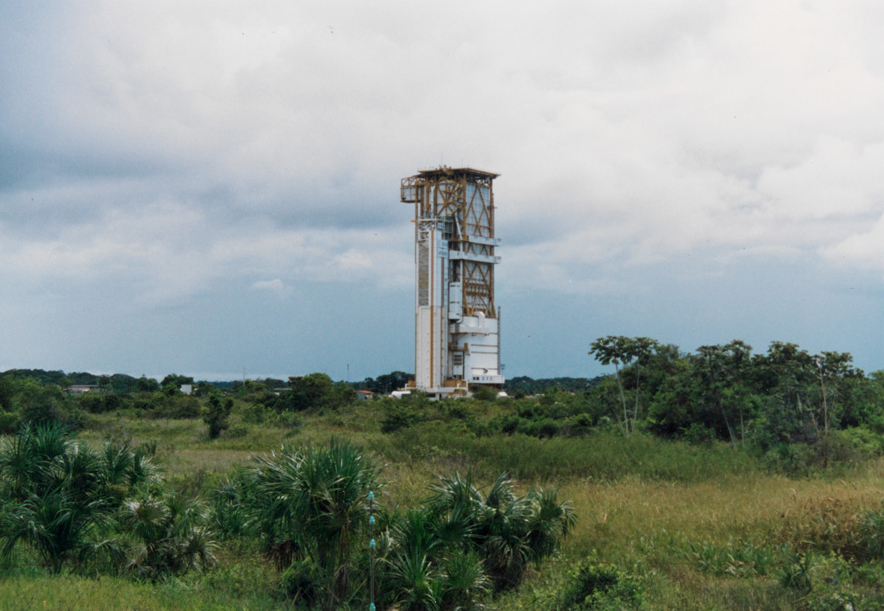 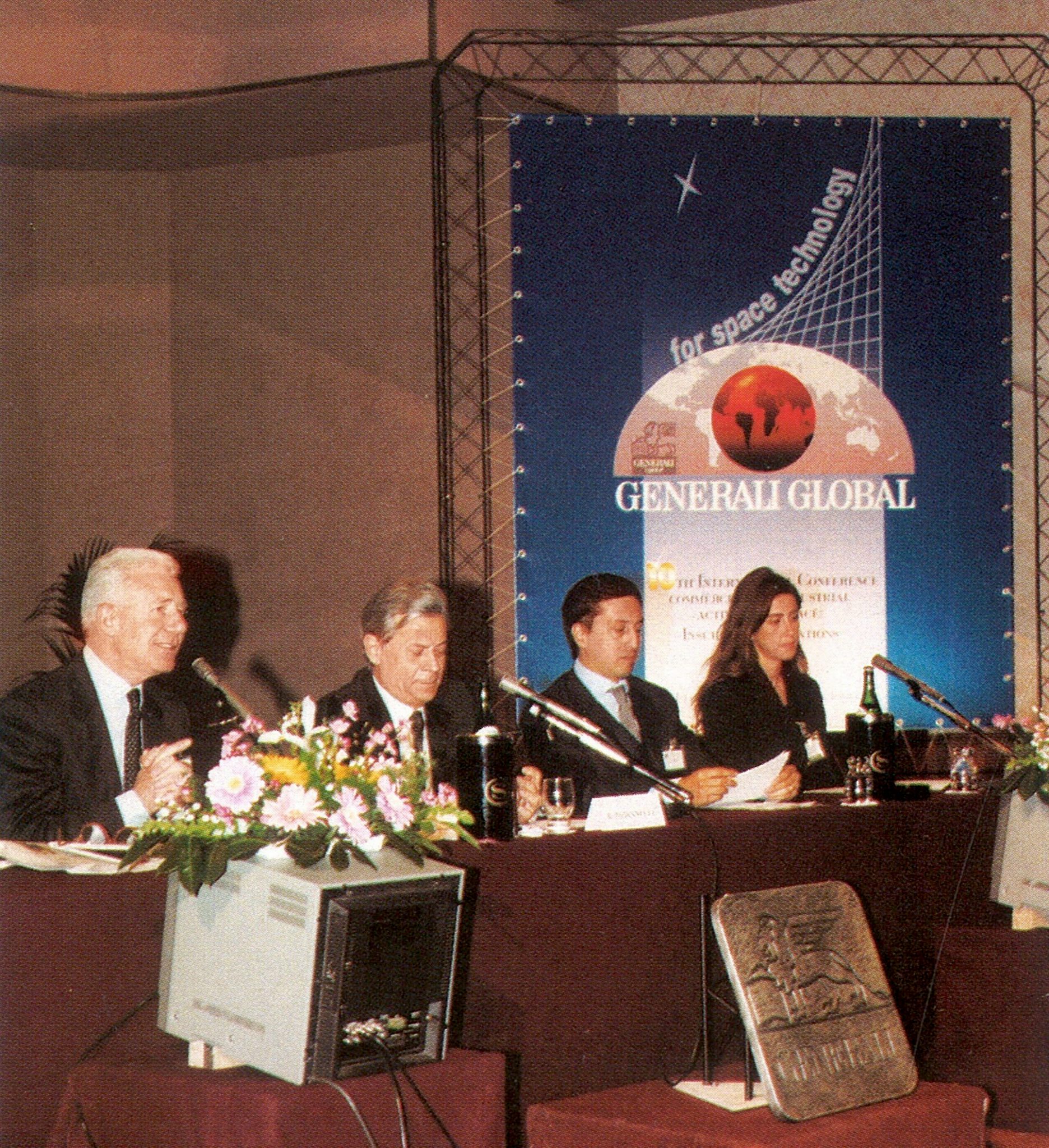