Cats, birds in their nest, squirrels, snapshots of family life, everyday household objects, food, depictions of a part of the building, and sometimes even abstract monochromatic and geometric backgrounds… all with the text “INA Casa” appearing at the bottom, either in full or as a monogram. The tiles are smooth, with carved or raised profiles or details, bas-relief, enamelled in polychrome or bichrome, with soft or bright hues. The tile cemented onto the wall (of medium or small size, to be placed either on the gables of the buildings and in the most visible places or on the doors to the main stairwell) afforded the buildings of the INA Casa public housing plan a symbolic value, telling of a happy home and a family “nest”.

The ceramic tiles represent a particular brand of Italian architectural neorealism which inspired the construction of the buildings in the subsidized public housing plan (1949-1963) designed to face Italy’s poverty related to social housing, which is excellently captured in the 1953 film Case per il popolo (“Homes for the People”), by director Damiano Damiani. Architects and constructors of the plan literally did away with the rationalist approach to materials, techniques and architectural details. Instead, they gave space to a new social and psychological sensitivity, with analysis of built-up areas and the creation of structures that would meet the needs of urban standards of living and human interaction during the post-war reconstruction period.

The plan brought together politicians, public bodies, corporations, cooperatives, consortiums, companies, experts and architects, but also artists: in 1952, Gestione INA Casa (an independent legal entity, working at the heart of the INA and given operational competences in the plan with respect to public tenders, project approval and trial runs) held a national competition to create distinctive plaques, in monochrome or polychrome ceramics, to grace the walls of the new homes for workers.

The judging panel included a representative from the Accademia Nazionale di San Luca, the Rome-based institution of the arts that has been training young Italians and foreigners wishing to hone their artistic talents since its foundation in 1478. Among the creators are famous figures such as Alberto Burri, Piero Dorazio, Pietro Cascella, Pietro De Laurentiis, Guerrino Tramonti, Irene Kowaliska. 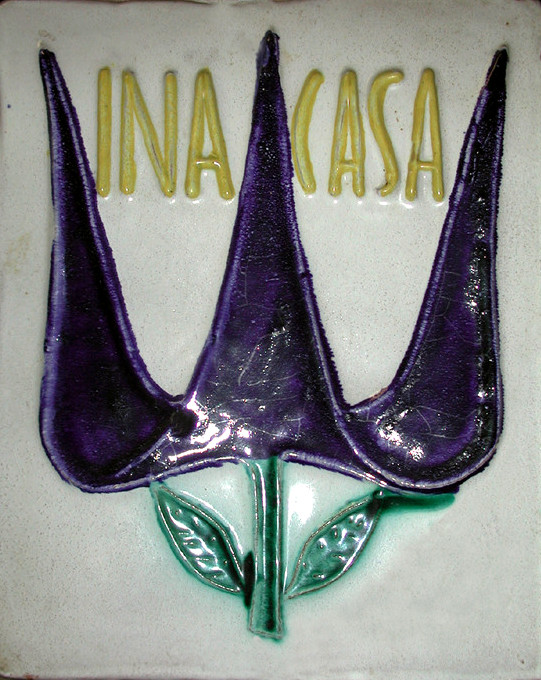 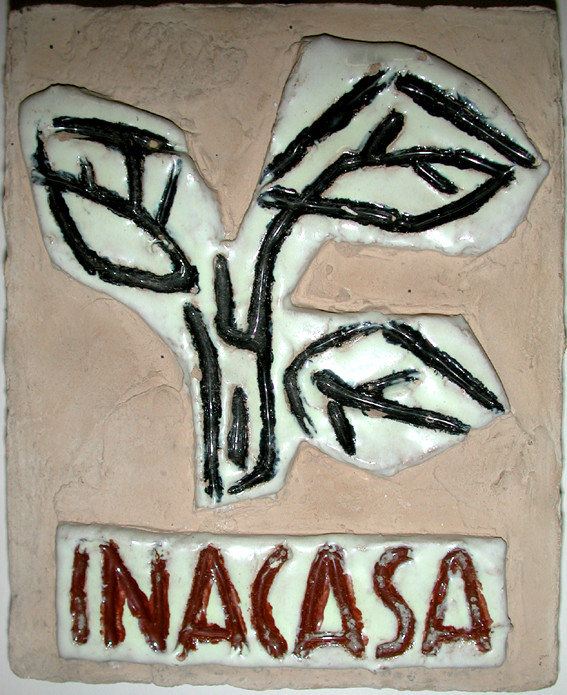 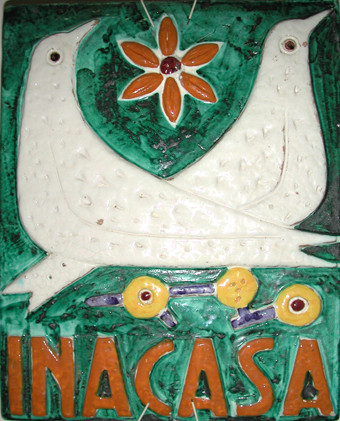 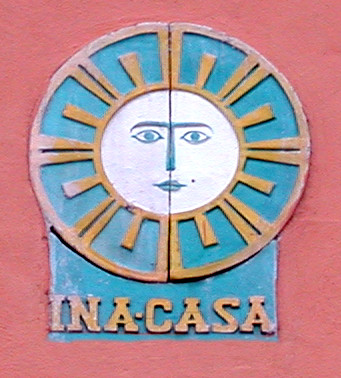 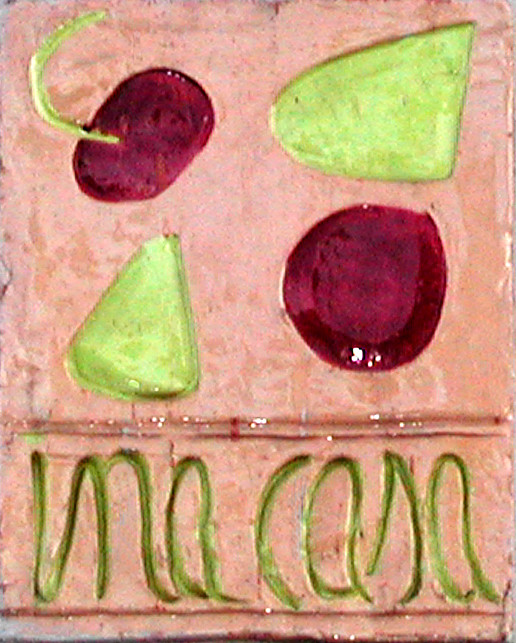 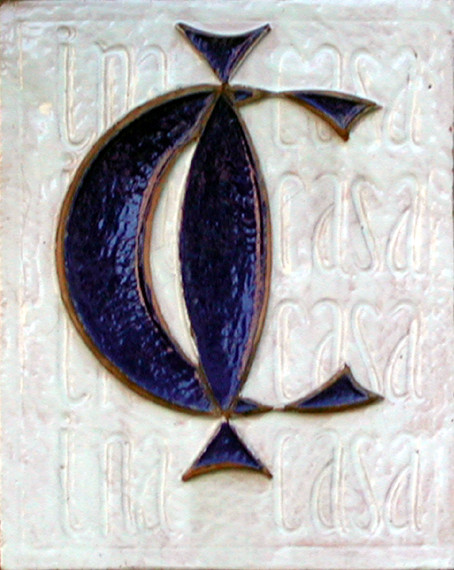 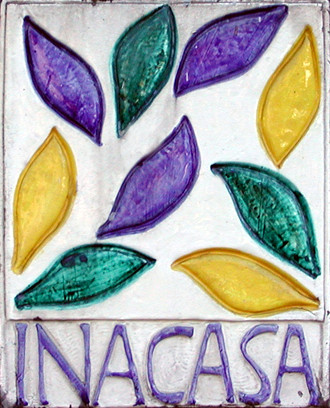 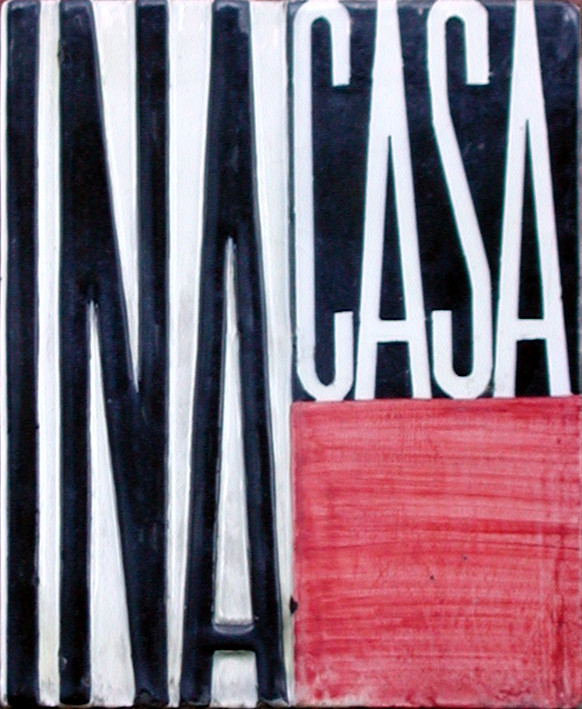 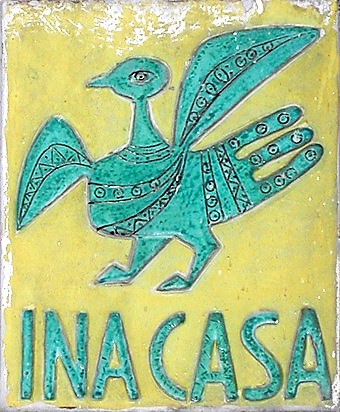 At present, there is no census or map of Italy outlining the buildings with the INA Casa tiles, of which there should be many (no fewer than a hundred types, without taking into consideration the different variants, for a total of approsimately 40 thousand tiles created for 360 thousand homes according to some studies, like the one by Luca Rocchi, Le targhe INA-Casa. Quattordici anni di arte ceramica per l’architettura della ricostruzione post-bellica, in Atti 46. convegno internazionale della ceramica: Ceramica e architettura, Savona, 24-25 maggio 2013, Centro ligure per la storia della ceramica, Albisola, 2014, pp.285-295), but the INA Casa papers held by the INA Assitalia Historical Archive are undoubtedly a significant reference point from which to initiate a mapping project of this “widespread” heritage. Its trove of technical documentation will enable precise identification of areas and buildings in which to seek out lost and forgotten tiles.