Gifts from Italy’s most beloved witch 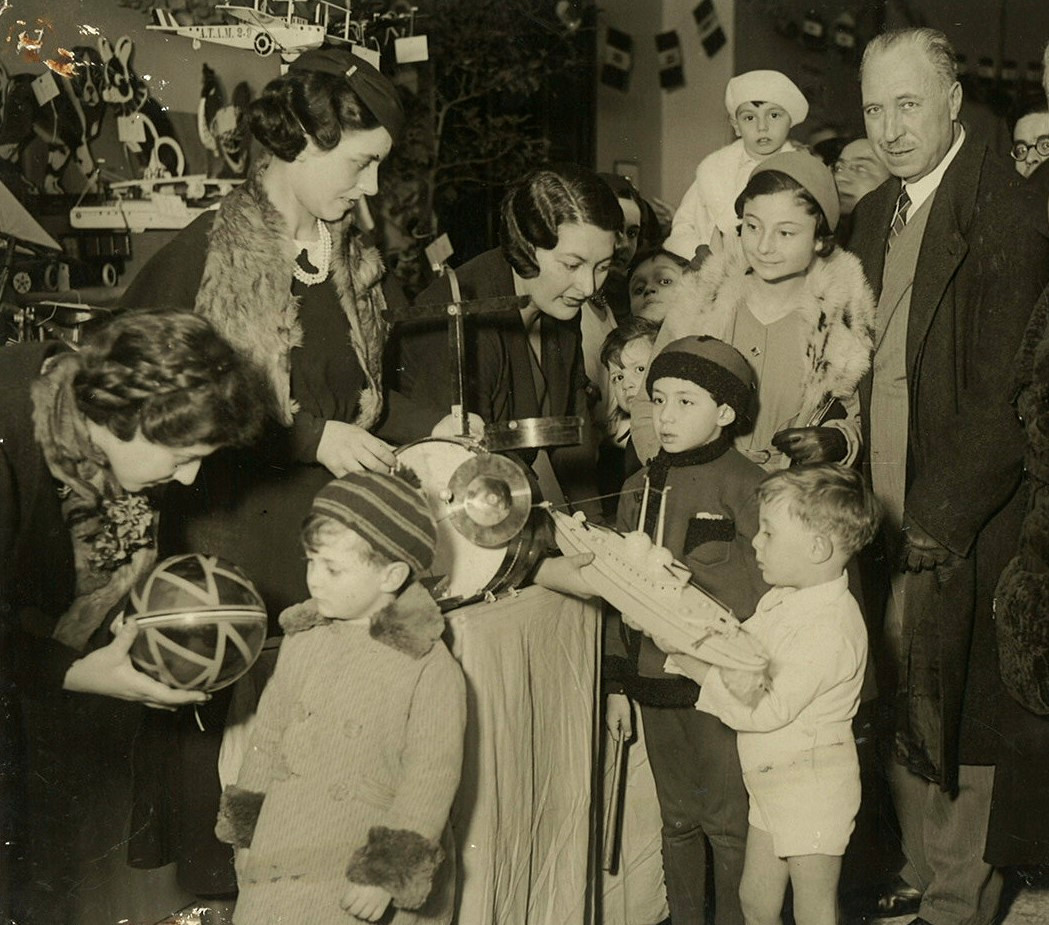 The Befana of the Recreational Club: Our last story before the Christmas break is all about the festivities of yesteryear.

The origins of the Befana are shrouded in mystery, but her story goes back centuries. Ugly but kind-hearted, and a friend to the local children to whom she hands out gifts, the arrival of the Befana has always been a cause for celebration for young and old alike, contributing to a familial spirit of goodwill and harmony. Its role as a lay-inspired force for social cohesion led to its adoption, in 1928, as the protagonist of charitable activities in aid of children from disadvantaged backgrounds. This new icon became known as the Fascist Befana.

Under the banner of “a toy, a sweet and a practical gift for every child”, the national headquarters of the National Recreational Club (OND) assumed responsibility for distributing the “Befana’s gift packages”, containing toys, sweets and basic necessities. These were made possible by the donations raised from stores and businesses around the country. Despite being an icon of Mussolini’s corporatism, the Befana remained an active member of society well beyond the fall of the regime. She took on different names, however, to represent the different industry groups celebrating her (there was a Befana for the railways, and another for the trams, and others for the fire-fighters, the municipal police and so on).

The Assicurazioni Generali Historical Archive holds copies of the company’s magazine, il Bollettino, which contain tales of her generosity in the period between 1940 and 1943. In Generali, organising the festivities of the Befana was a task for the company’s dedicated recreational club, which at the time was a branch of the Dopolavoro nazionale (OND) [National Recreational Club ]. The OND would later be renamed Circolo Ricreativo Assistenziale dei Lavoratori, or CRAL, and finally simply Circolo Aziendale, or Company Social Committees. The OND had a significant role in institutional life during the Fascist period, charged with “raising the moral and physical well-being of the people” during their leisure time. Beyond the propaganda benefits, however, its far-reaching national network also enabled countless charitable initiatives.

From 1940 to 1943, both in Trieste and in Venice, Generali brought joy into the lives of hundreds of children from disadvantaged families and those whose fathers (whether members of the recreational club or not) had been called to take up arms or had fallen at the front. The gift packages, delivered “with loving care” by the members of the recreational club, contained clothes, school supplies, foodstuffs and even a small envelope with money donated by colleagues and employees. The festivities, which were always a convivial moment in the calendar, were held in the facilities of the recreational club itself. The carefully-curated festive atmosphere included patriotic songs, and was attended by company executives and representatives of the Fascist authorities.

The Fascist Befana was also obviously a highlight in the festive calendar for hundreds of children invited to the National Insurance Institute (INA) in Rome. Here too, the gift packages were handed out from the offices of the institute’s recreational club and in the presence of its executives. The memories of the gifts and the celebrations is preserved in text and black and white images in the recreational club’s own magazine, Famiglia nostra (Our Family), which was published regularly from 1930 to 1939.

Several poignant photographs preserved in the Historical Archive in Trieste and Rome recapture the festive atmosphere that brought a flicker of light into those dark days of conflict. 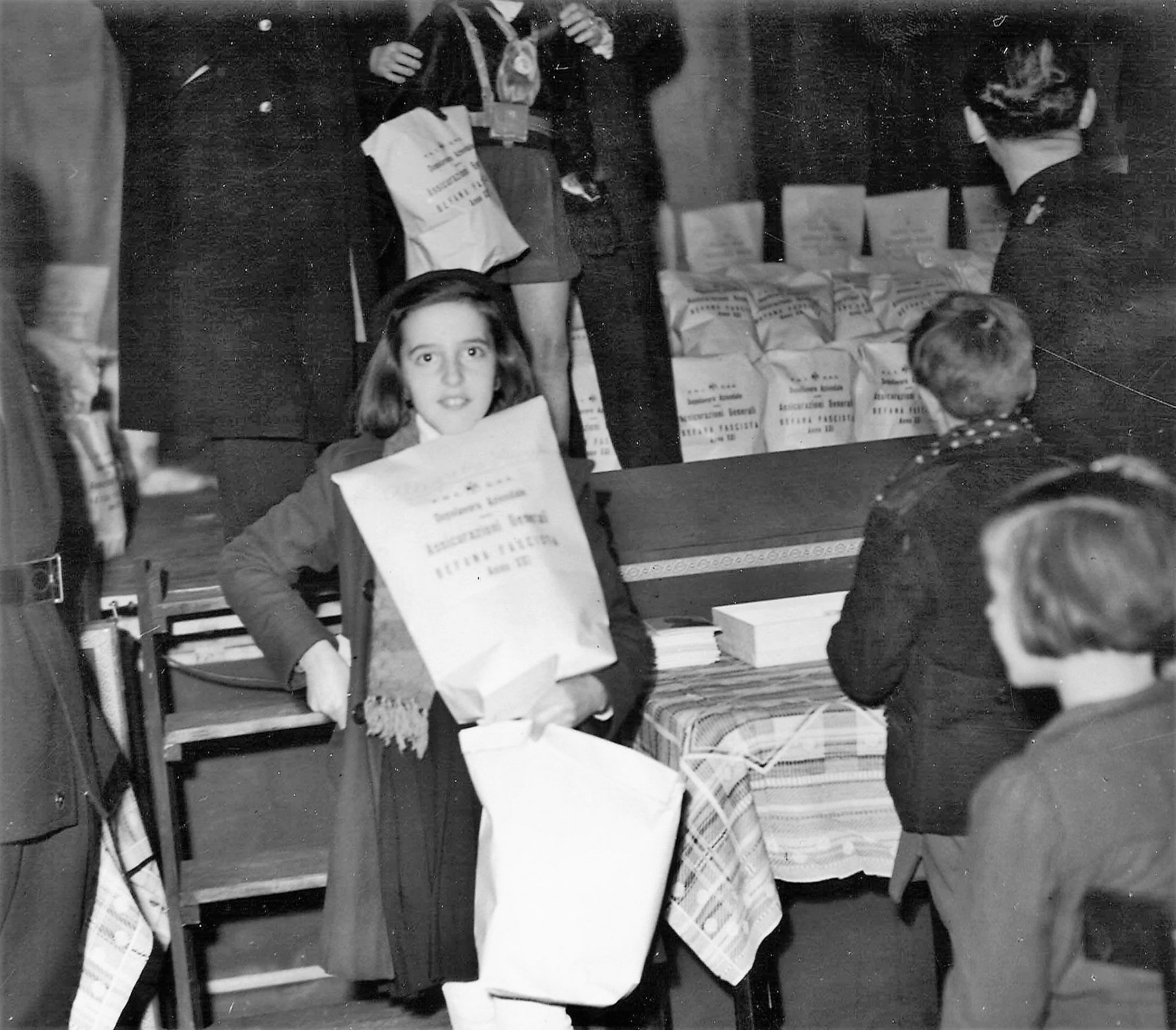 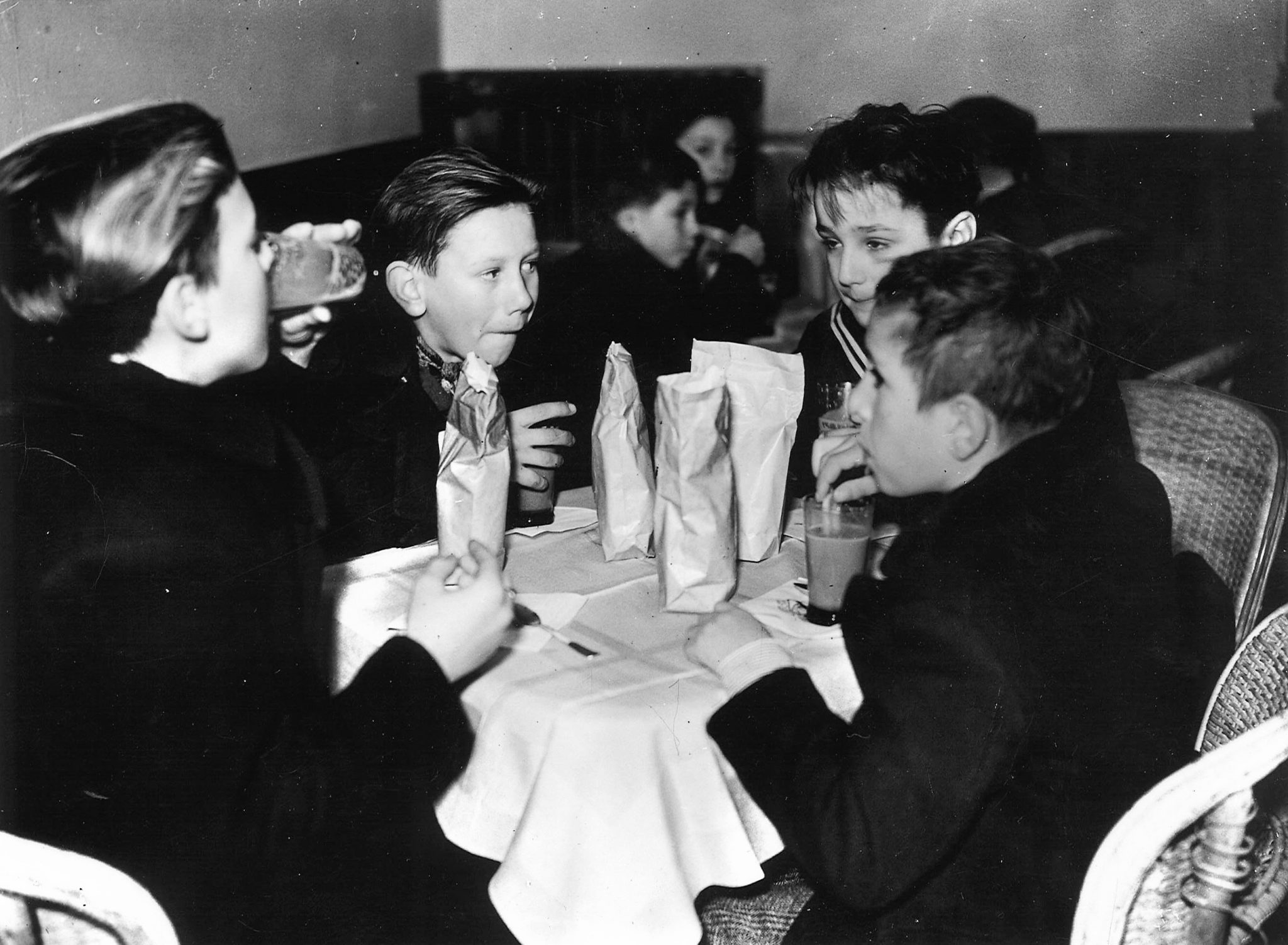 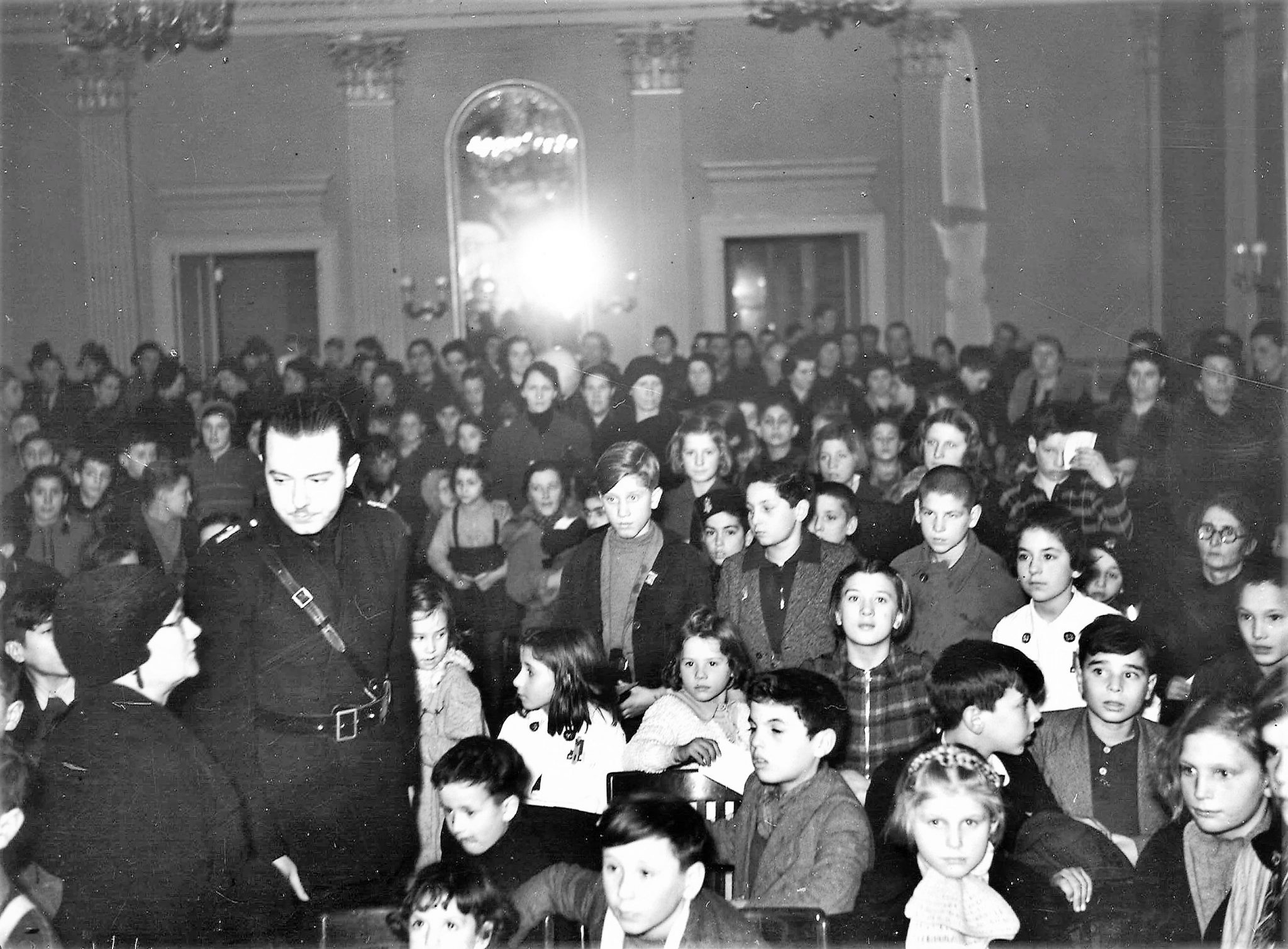 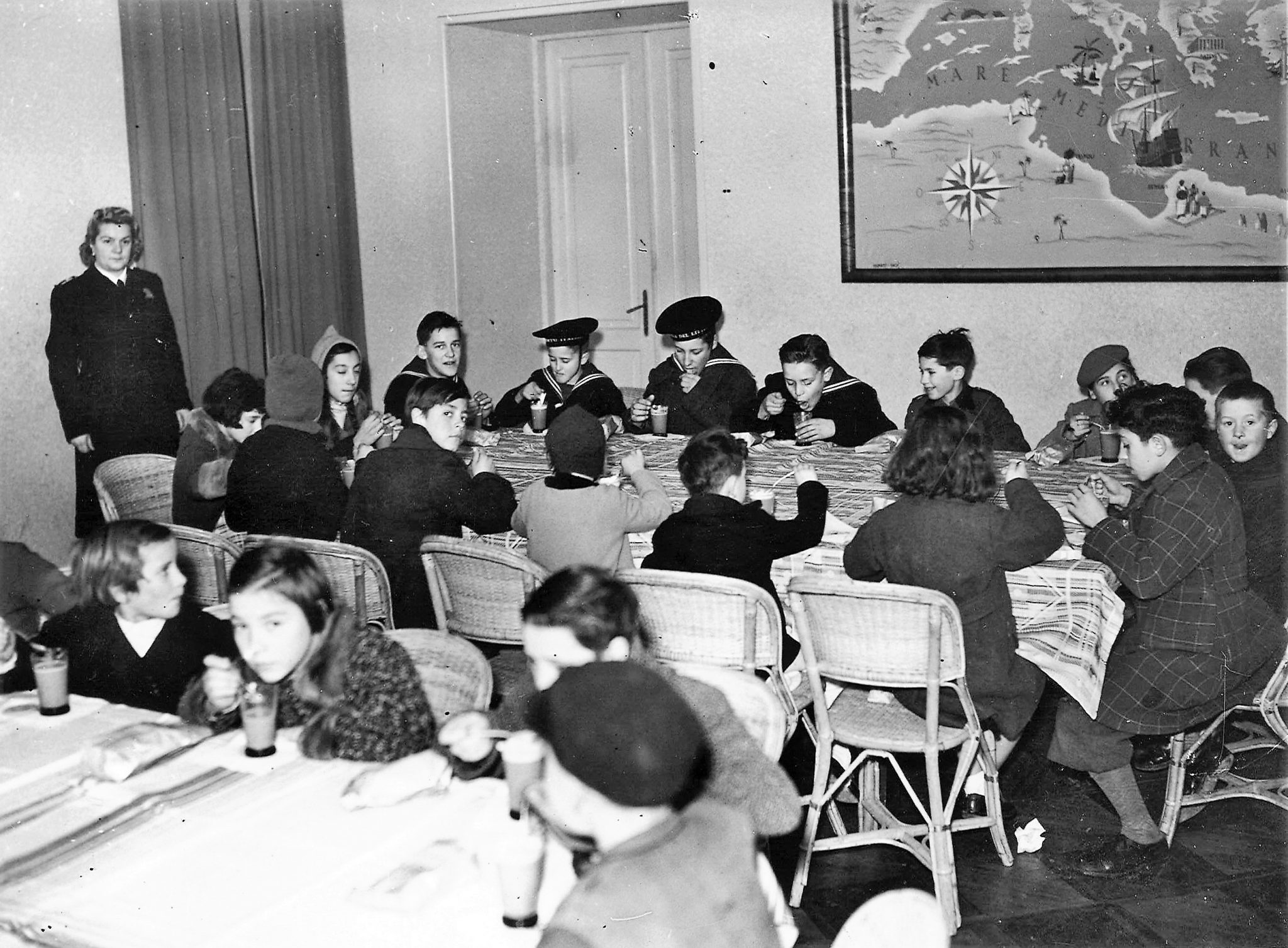 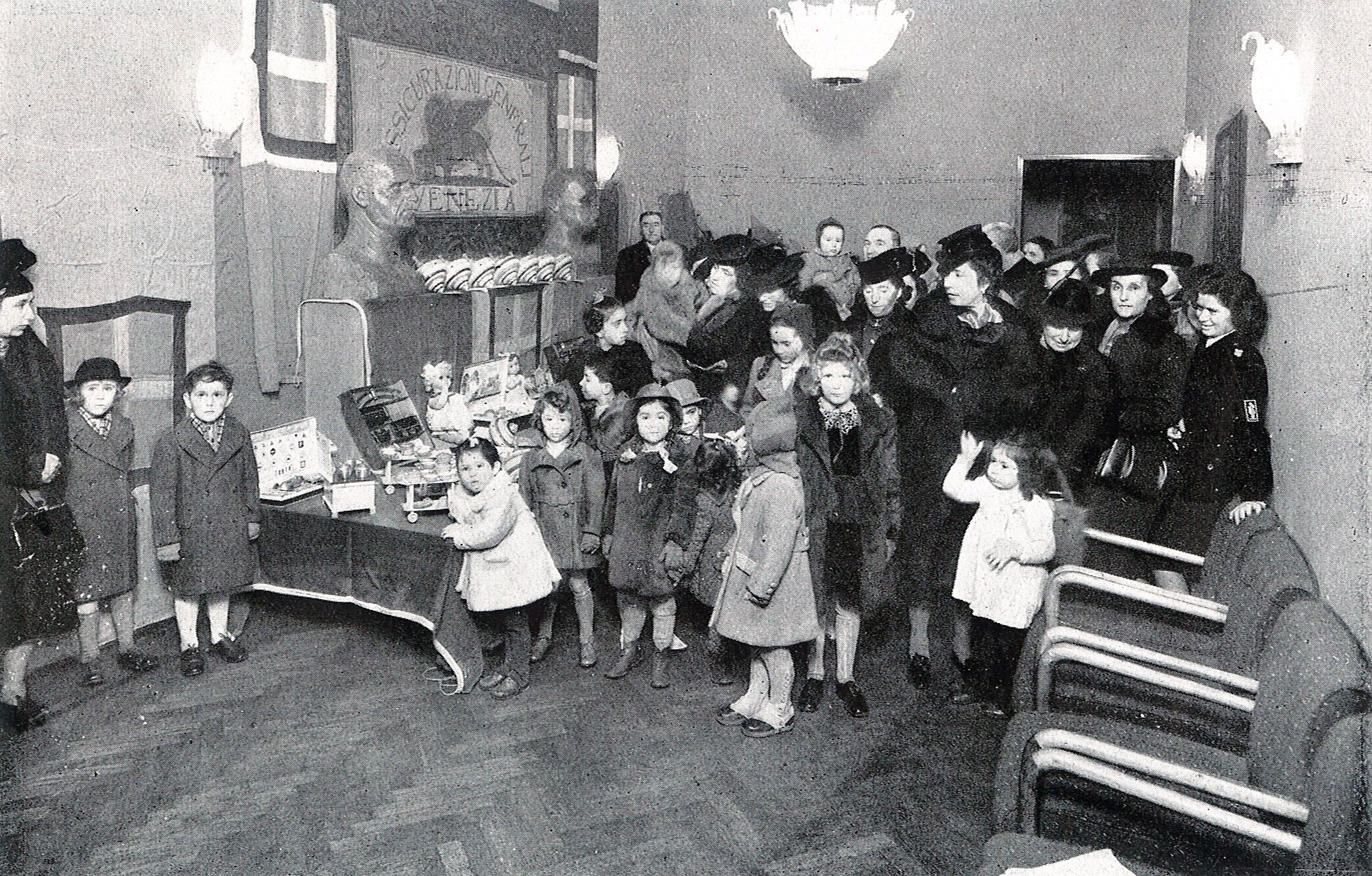 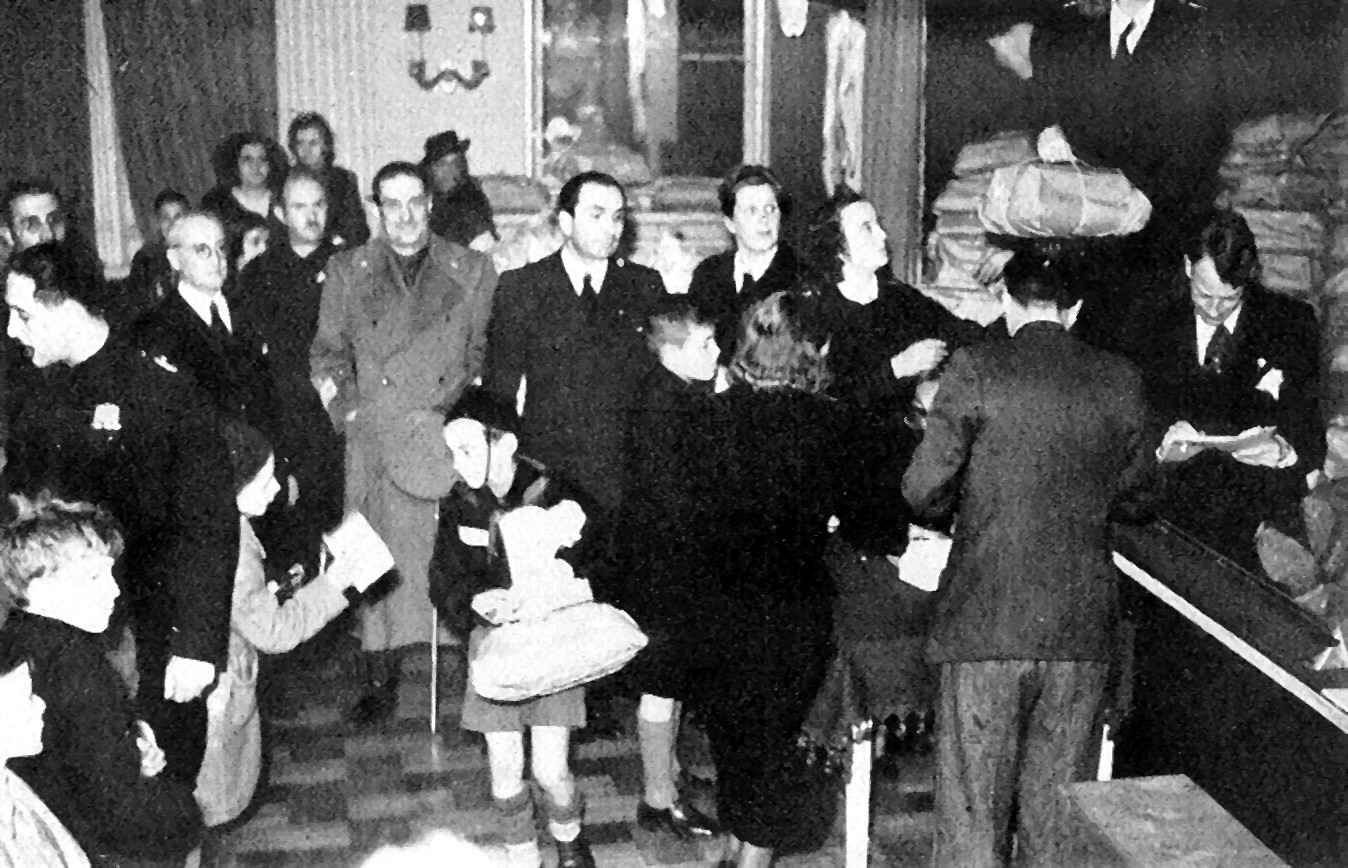 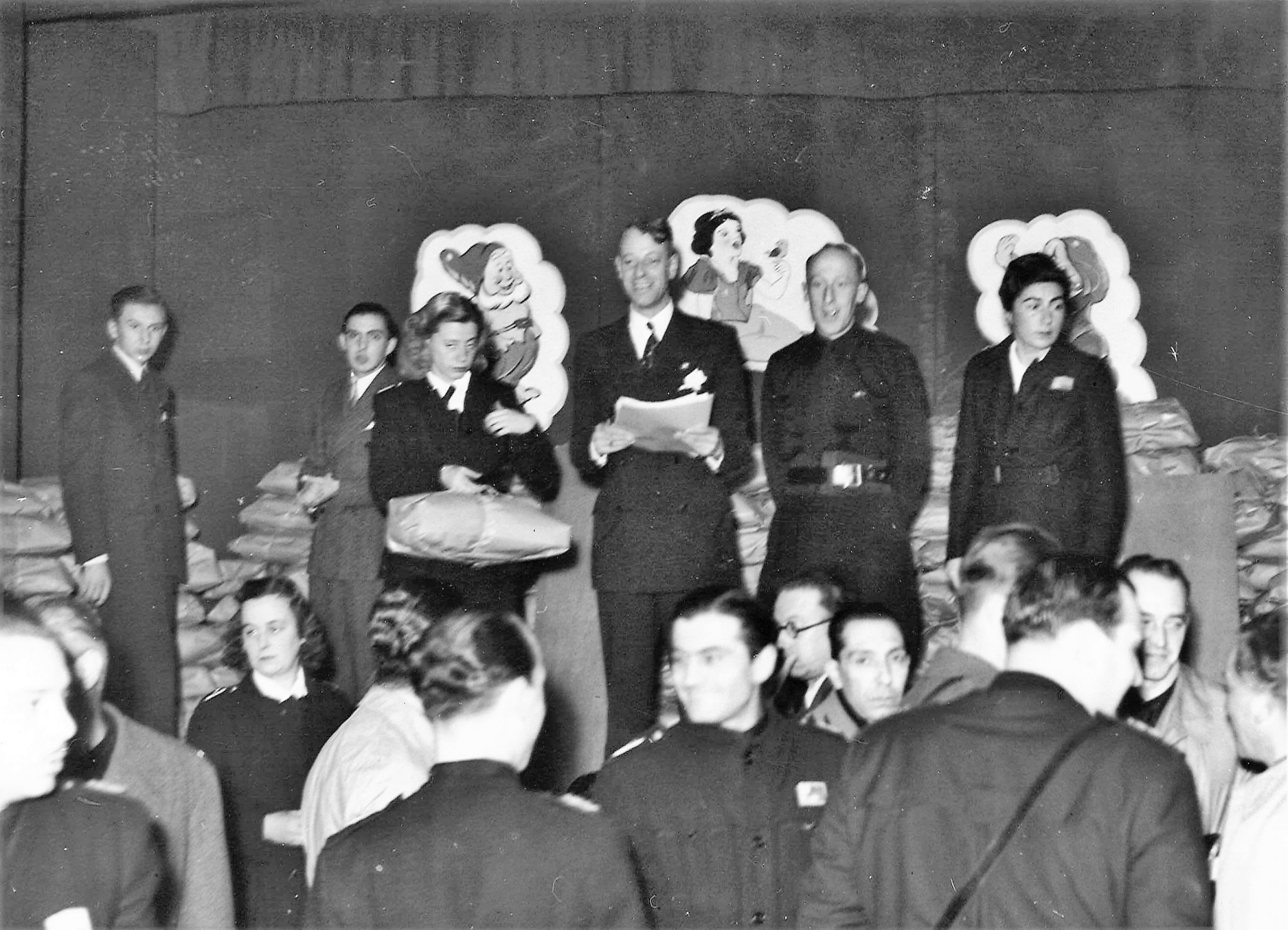 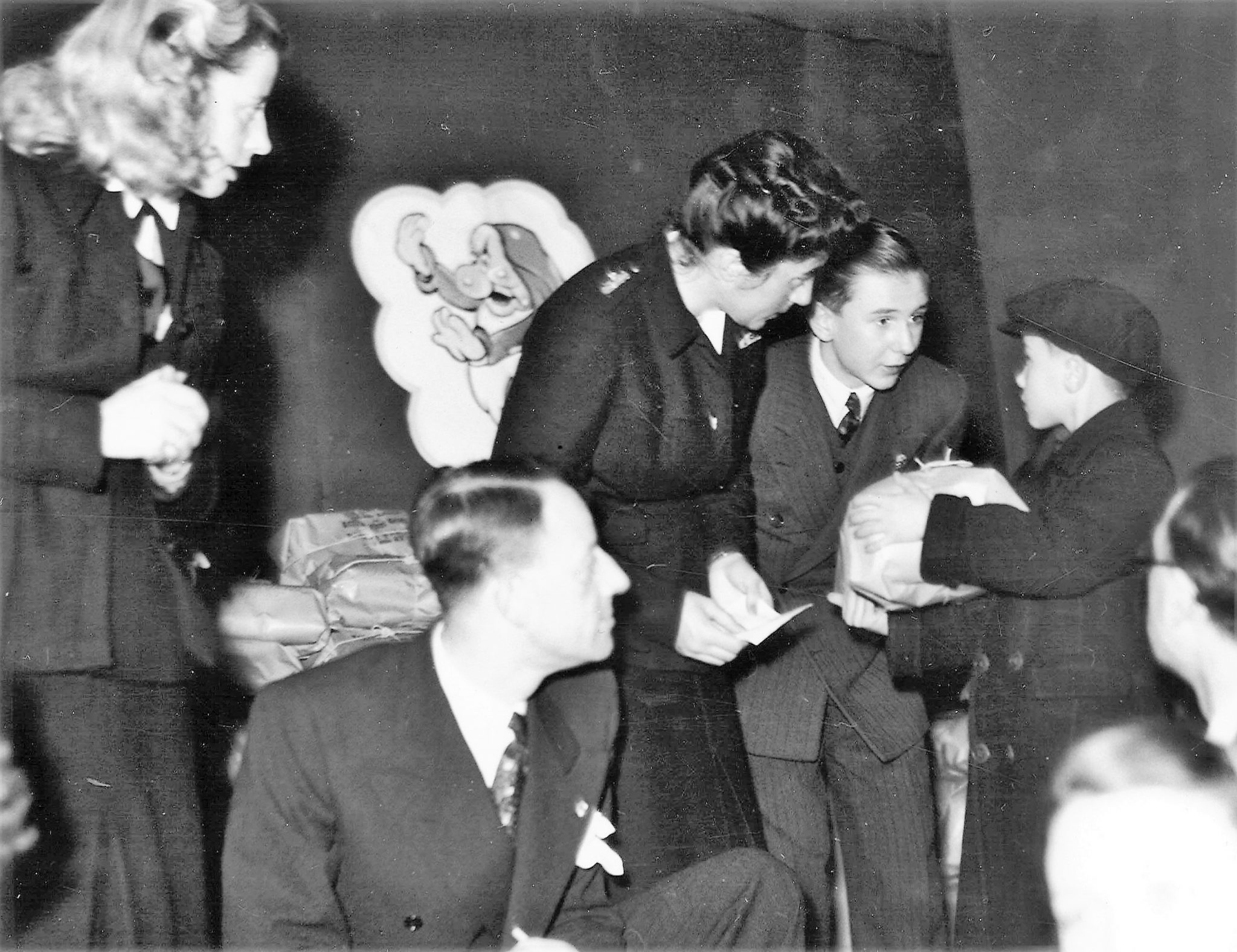 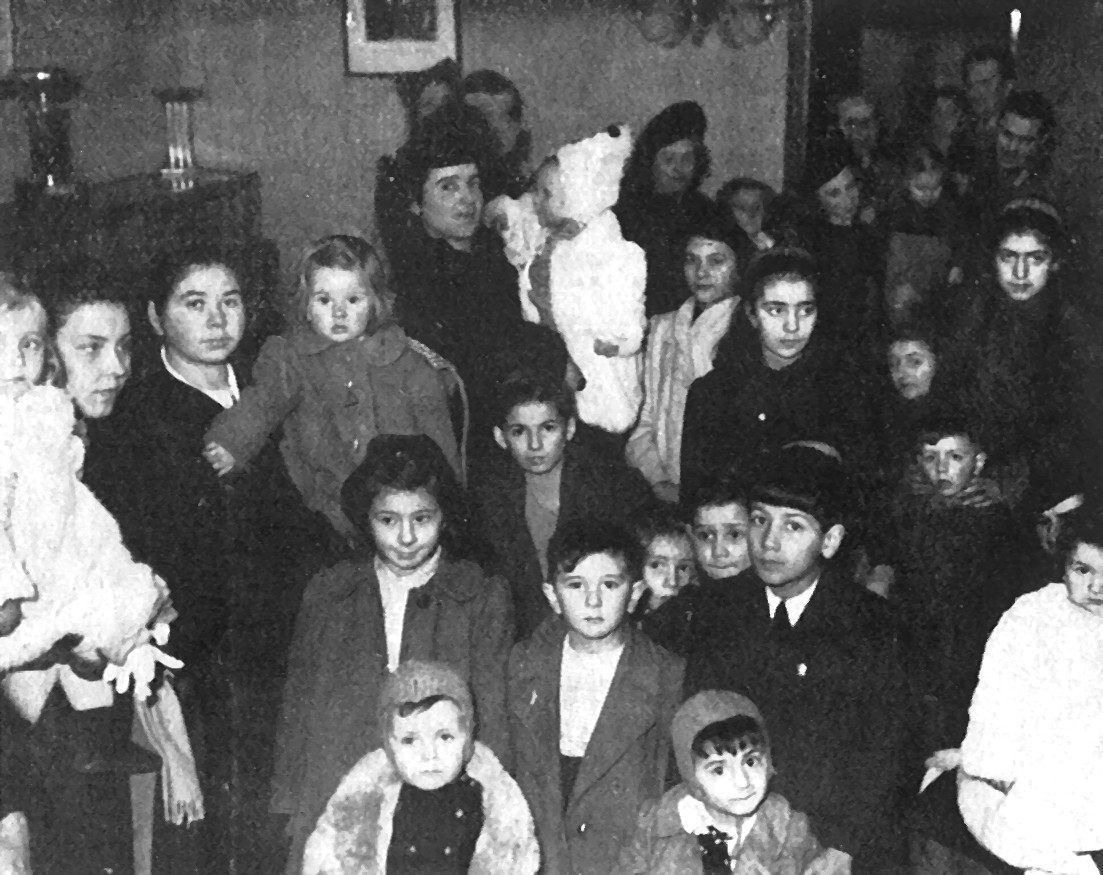 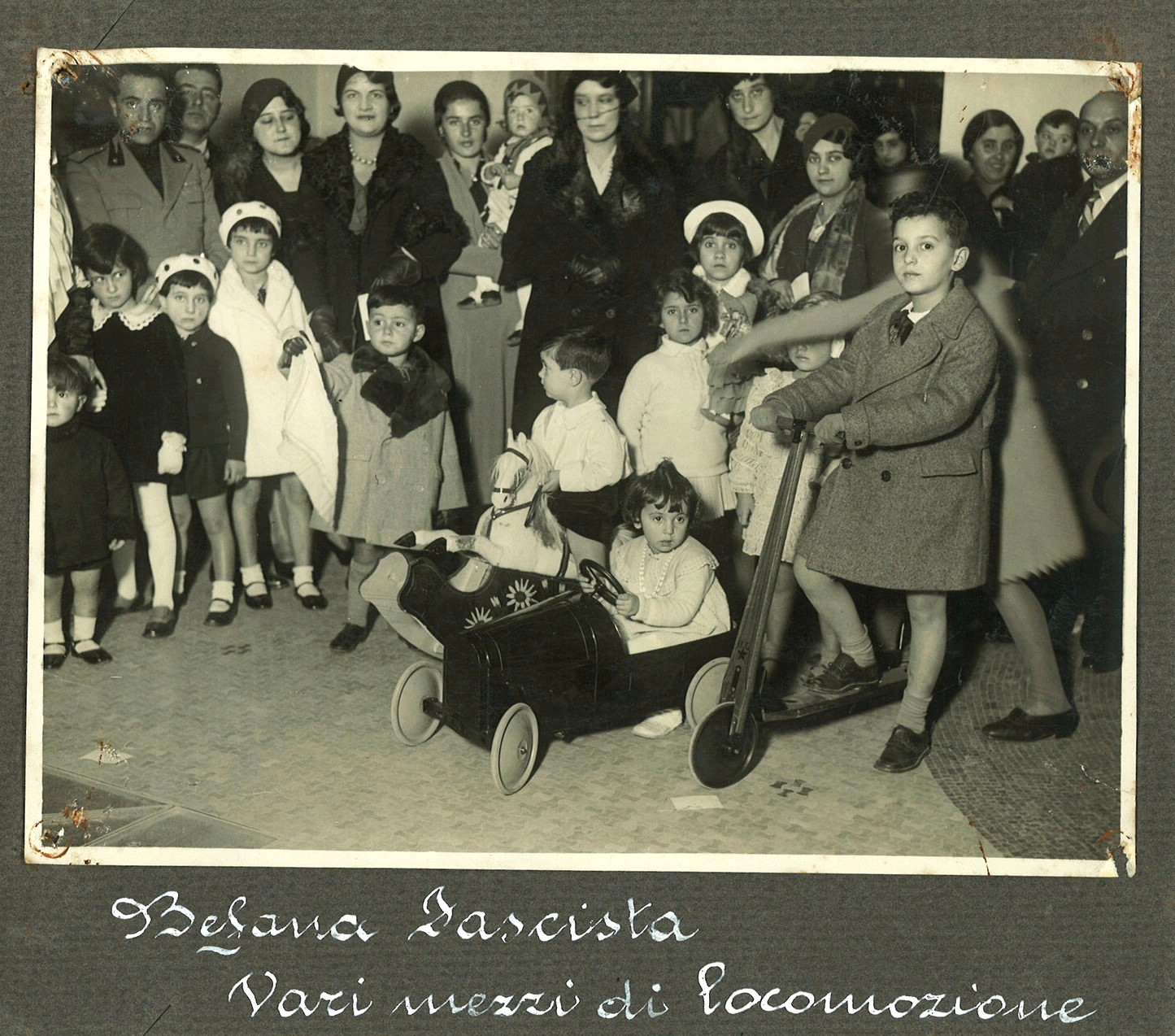 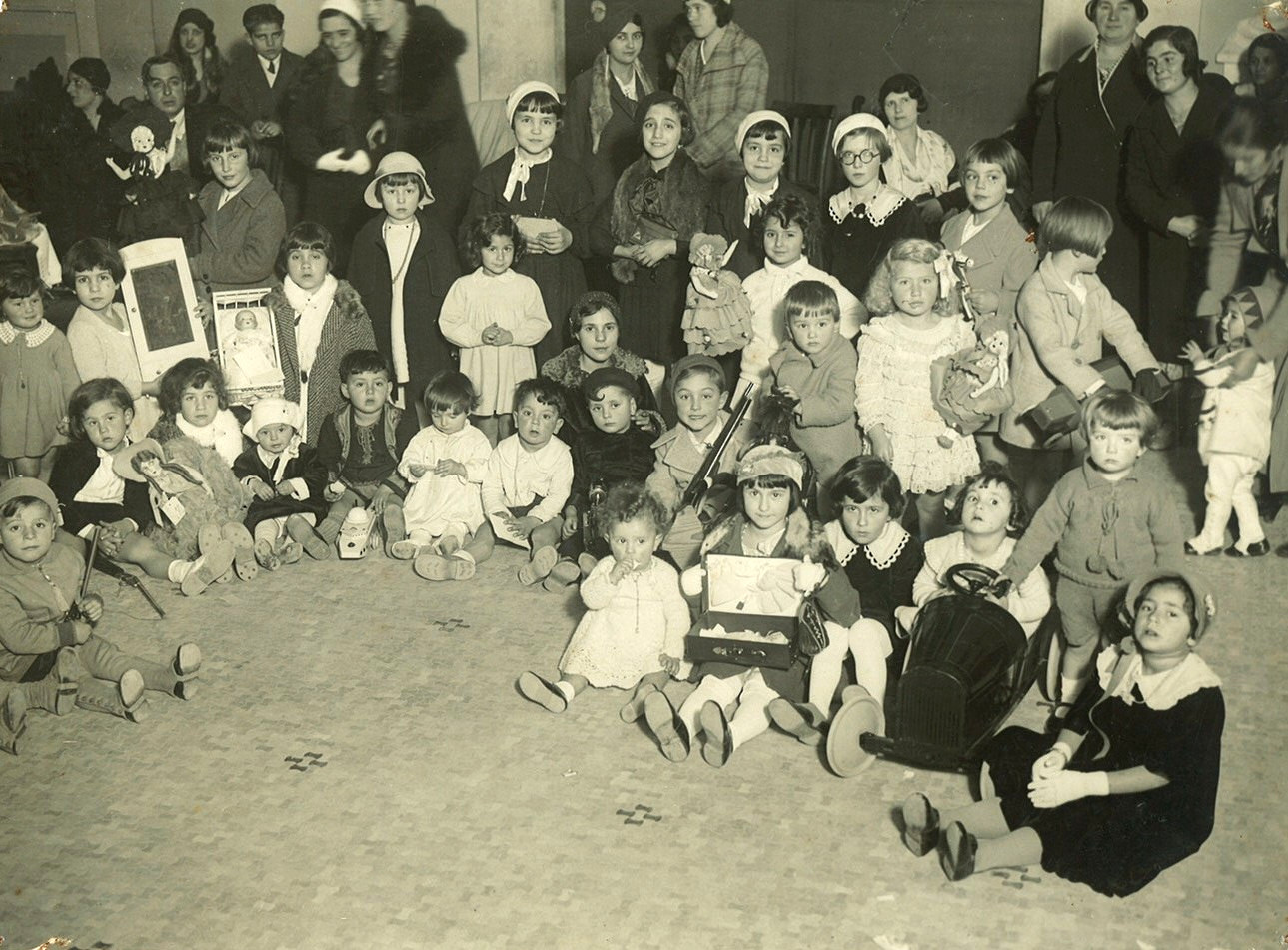