Gérard DuBois (FRANCE) FOR THE FUTURE TOGETHER 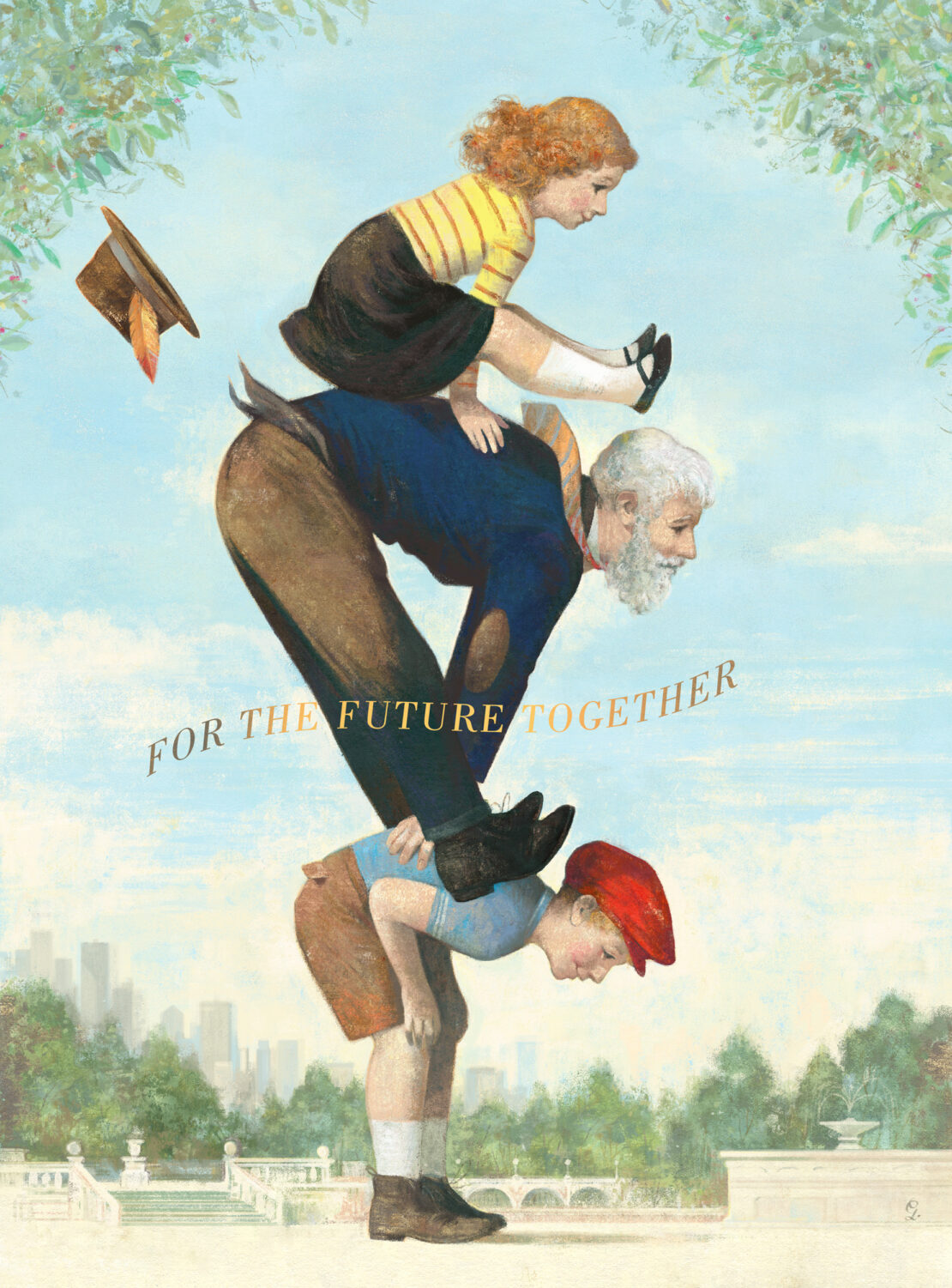 The fantastic interplay between generations: it is about building a solidarity pact between older and younger generations in a world where we must plan now for the future we want, while taking care of an ageing population.

THE AUTHOR
Gérard DuBois is a French artist living and working in Montreal, Canada. His work is based on a variety of styles with a startling, surreal idea and an only apparently ‘retro’ graphic style that gives his illustrations an original and recognisable ‘classicity’. An excellent interpreter of this work in dialogue between the past and the future. His work features in major North American and European publications and advertising campaigns and in more than twenty illustrated books. He boasts prestigious commissions such as The New York Times, The Wall Street Journal, The Washington Post, Time, Newsweek, GQ, Rolling Stone and The New Yorker.