Stories from the Historical Archive 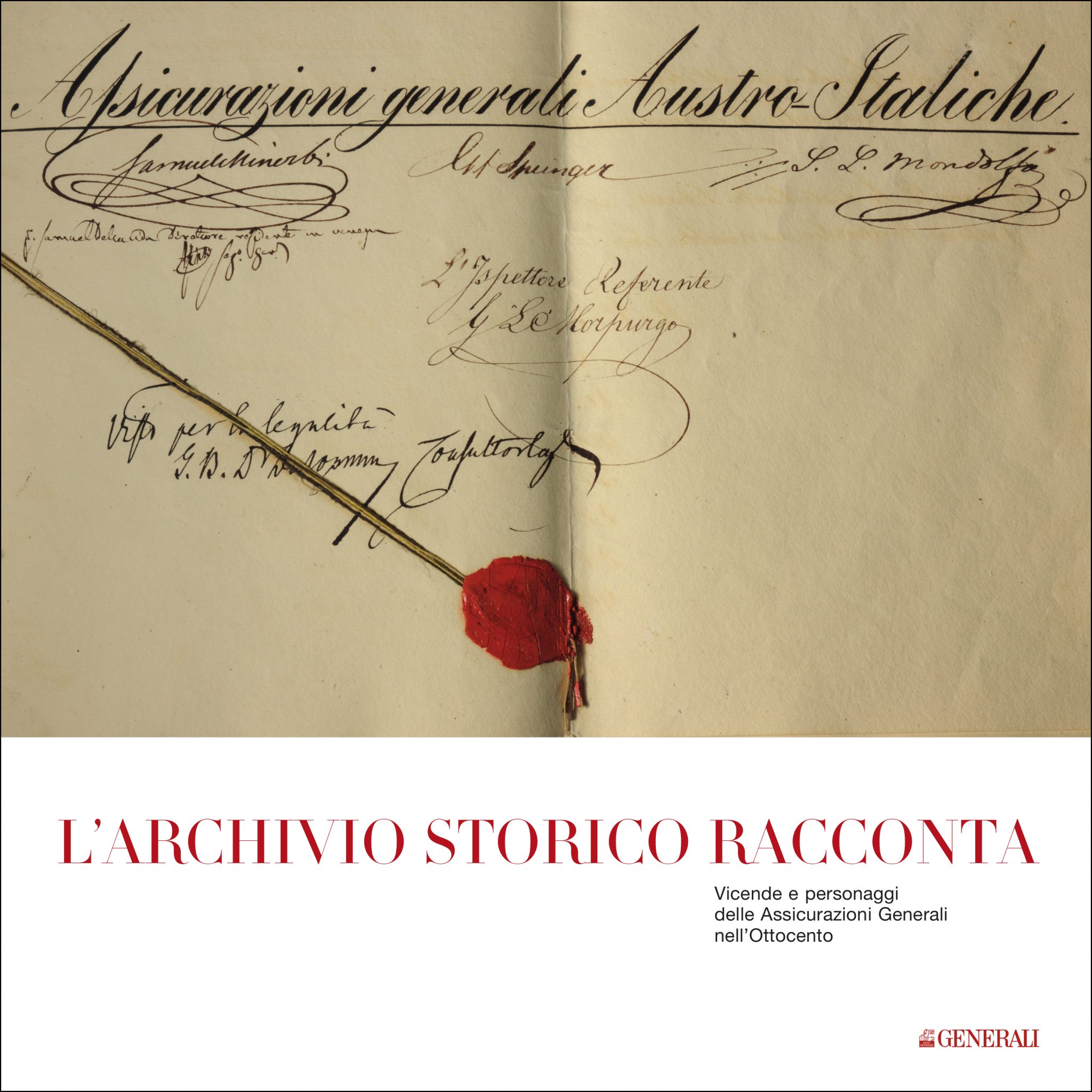 The book focuses on the nineteenth century papers of the Company and describes particular historical moments. Using documents, it highlights the characters who contributed to the growth of Generali, promoting the heritage safely housed in the Historical Archive which formed its memory and corporate identity, and emphasises the communicative power of the documents themselves.

The opening section presents the activities and functions of the Historical Archive, also in relation to the relevant legislation, and lists the principal fonds identified and documentary typologies. The introductory part is completed with two contributions that cover the vicissitudes of the Company in the nineteenth century and the evolution of its logo from the original Habsburg eagle to the winged Lion of St. Mark in its transformations over time.

The central part of the volume consists of various monographic files divided into three subjects. Twenty-four insights are dedicated to the documents of the Historical Archive, examining individual documents of particular relevance, such as the Social Contract of 1831 and the first share certificate, or entire correspondence, following the development of company activity and describing, for example, Generali's initiatives in the field of life and hail insurance and annuity schemes, as well as expansion of the Company in the various states into which Italy was then divided. The parts dedicated to prominent figures of the Company provide short biographical notes on the main players in the birth and growth of the Company, from founder Giuseppe Lazzaro Morpurgo to chairmen Giovanni Cristoforo Ritter de Záhony and Marco Besso, and great technicians such as Masino Levi and Vitale Laudi. Finally, the "snapshots of history" help define the political and social context in which company affairs took place, looking back at the fundamental turning points of the time, such as the events of the Revolution of 1848 and the birth of the Kingdom of Italy.

Based on rigorous verification of sources and careful reconstruction of facts, the work is aimed at all readers interested in the social, political and economic aspects of local and national history.

Published in 2012, the book is available in both Italian and English.