Spring is in the Air at Palazzo Geiringer 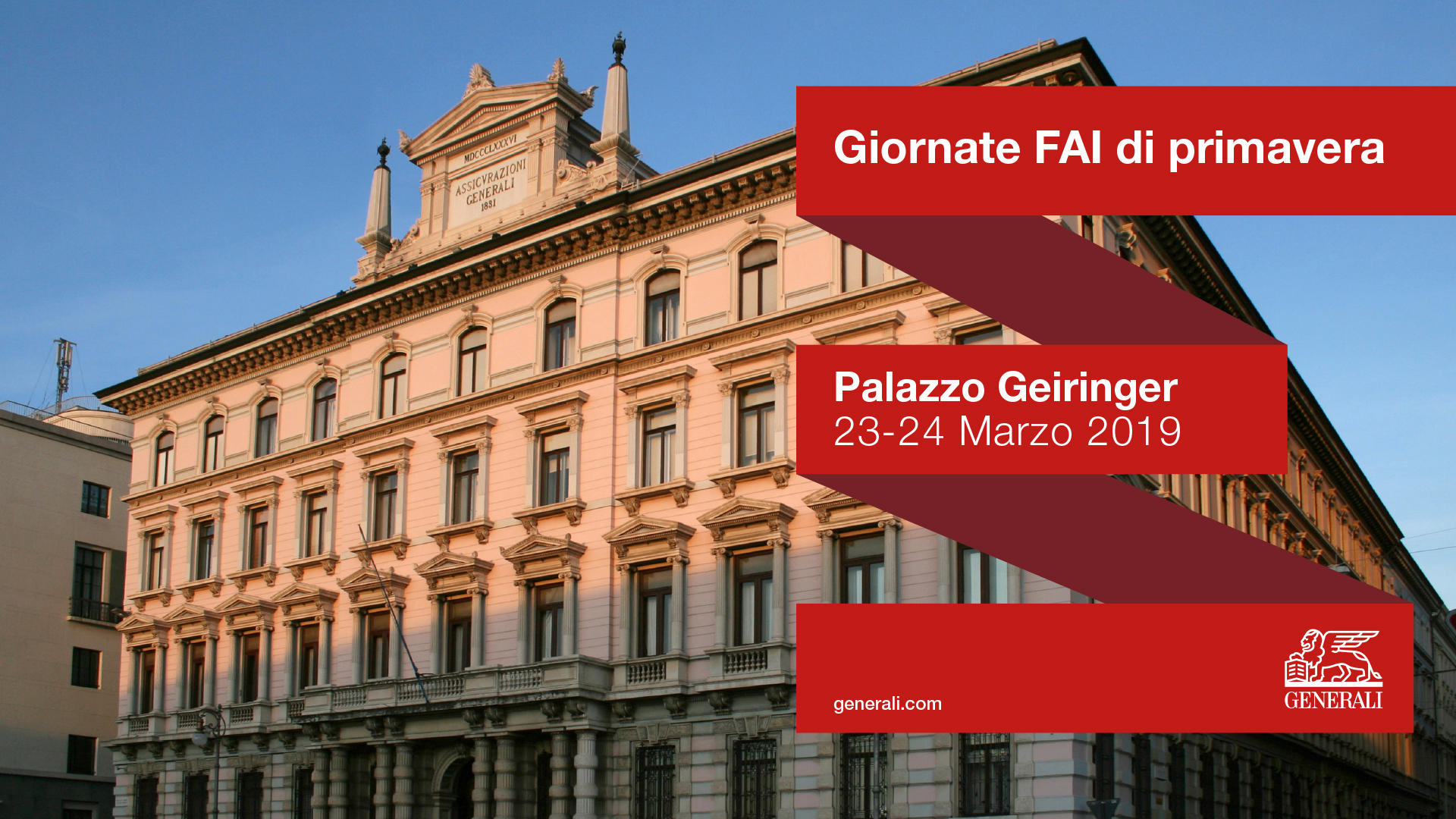 The iconic Generali building in Trieste, which has served as the company’s headquarters since 1886, recently opened its doors to the general public to mark the giornate FAI di primavera, the National Trust of Italy’s spring celebrations, held on 23-24 March 2019. This is the latest manifestation of Generali’s longstanding partnership with the FAI, as attested to by the support of Banca Generali.

With guided tours provided by the FAI’s passionate and excellently prepared young trainee tour-guides and the organisational support of Generali, over 1500 people were able to experience the surroundings, rich in history, of the main floor of the building, which is otherwise closed to the public.

The building itself is named after Eugenio Geiringer, an engineer who was a trusted partner of Generali and a seminal figure in the Trieste urban landscape of the 19th century, and who oversaw the construction of the building from 1884 to 1886.

The building draws its architectural inspiration from Italian and Viennese design, in a nod to the complex historical identity of Generali. It has a quadrangular shape with an internal courtyard, a form that recalls the classic design of the Italian Renaissance. The decorations are in the eclectic Viennese style, carved in calcareous stone, as are the floors and internal cladding. At the turn of the 20th century, the need for additional space led to an expansion of the building, which today occupies the entire area between via Torrebianca, via Machiavelli and via Trento.

After renovations carried out during the 20th century, the central portion of the main floor was converted into the Assembly Hall, which is noteworthy for its decorative plate-glass ceiling (of Austrian craftsmanship), which dates back to the original late 19th-century structure and the statue of the allegory of insurance, sculpted by the Dalmatian sculptor Ivan Rendić in 1888, which watches over it. The protagonist of the sculpted group is a symbolic yet highly realistic depiction of a female warrior (insurance), who is resting a firm hand on a safe, while protecting a young woman with her shield and crushing the head of a dragon underfoot. 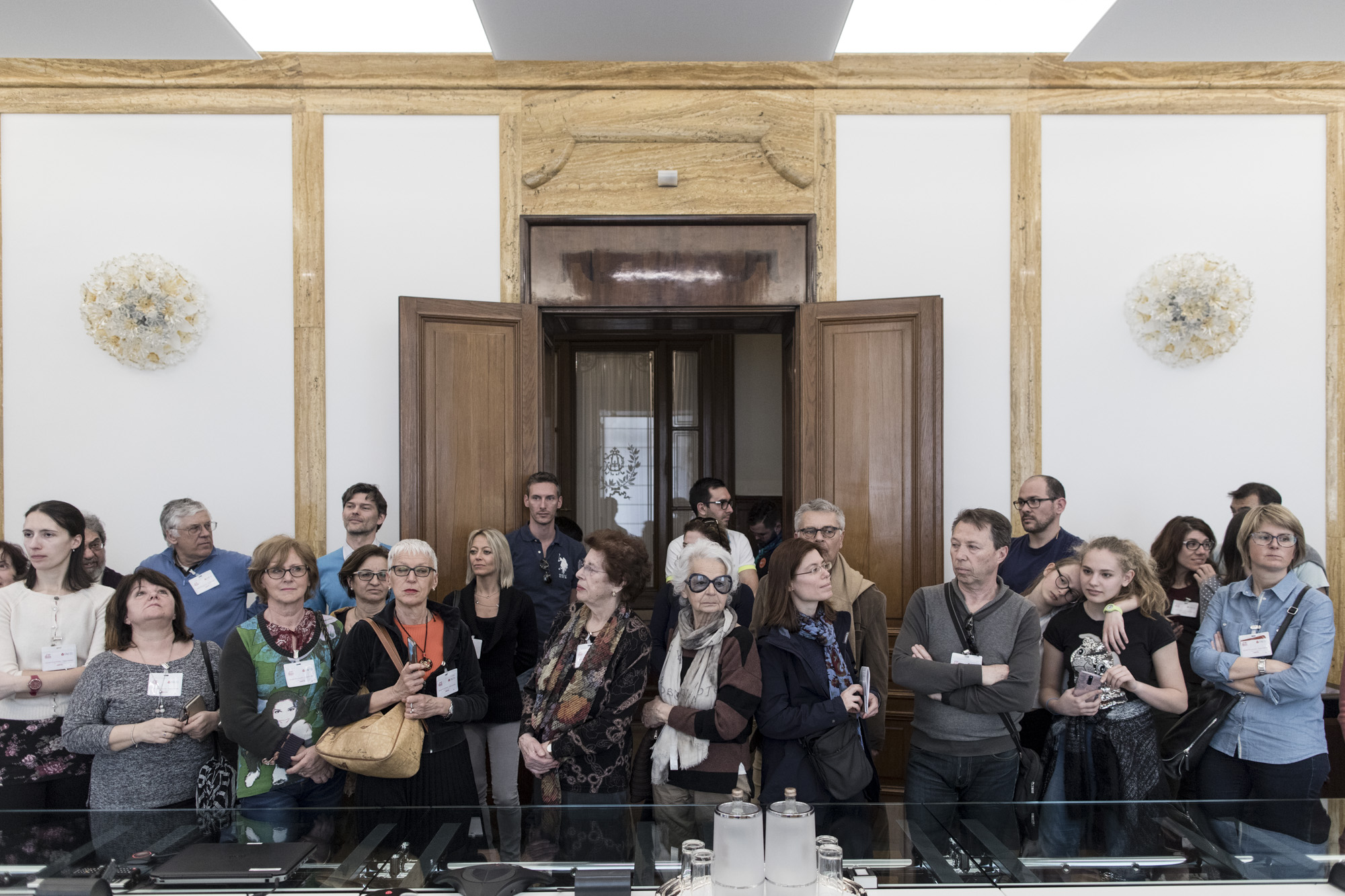 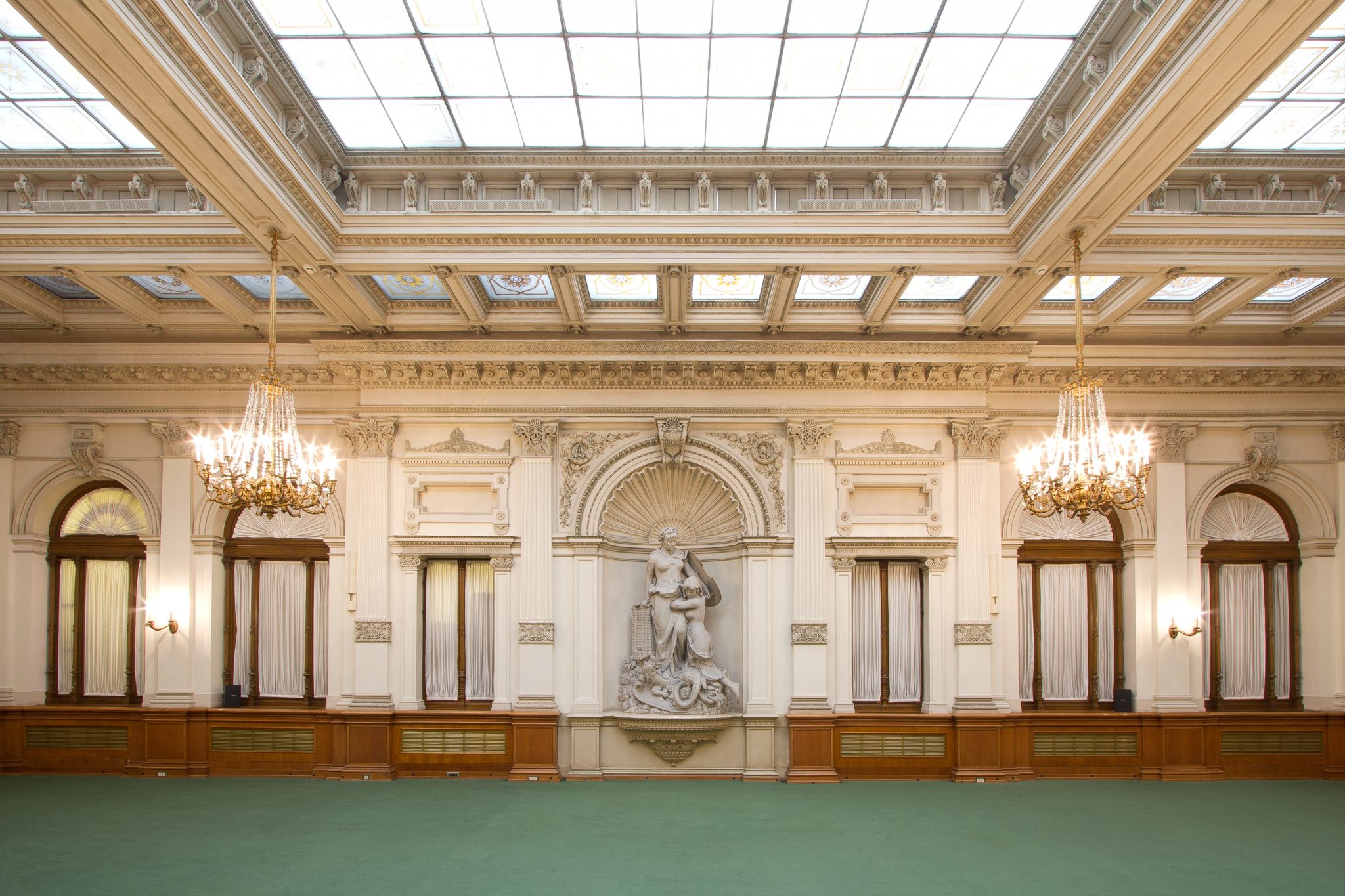 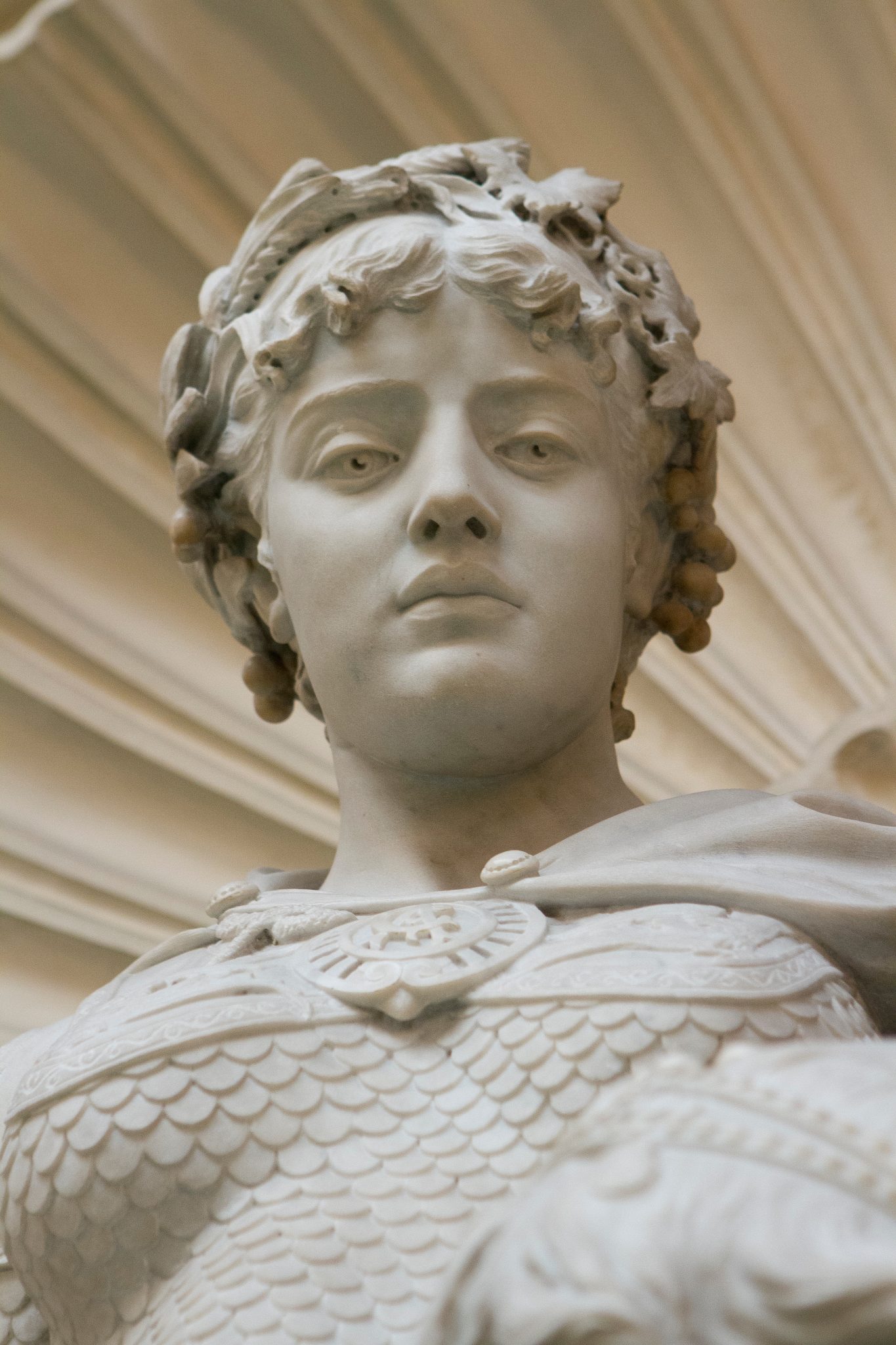 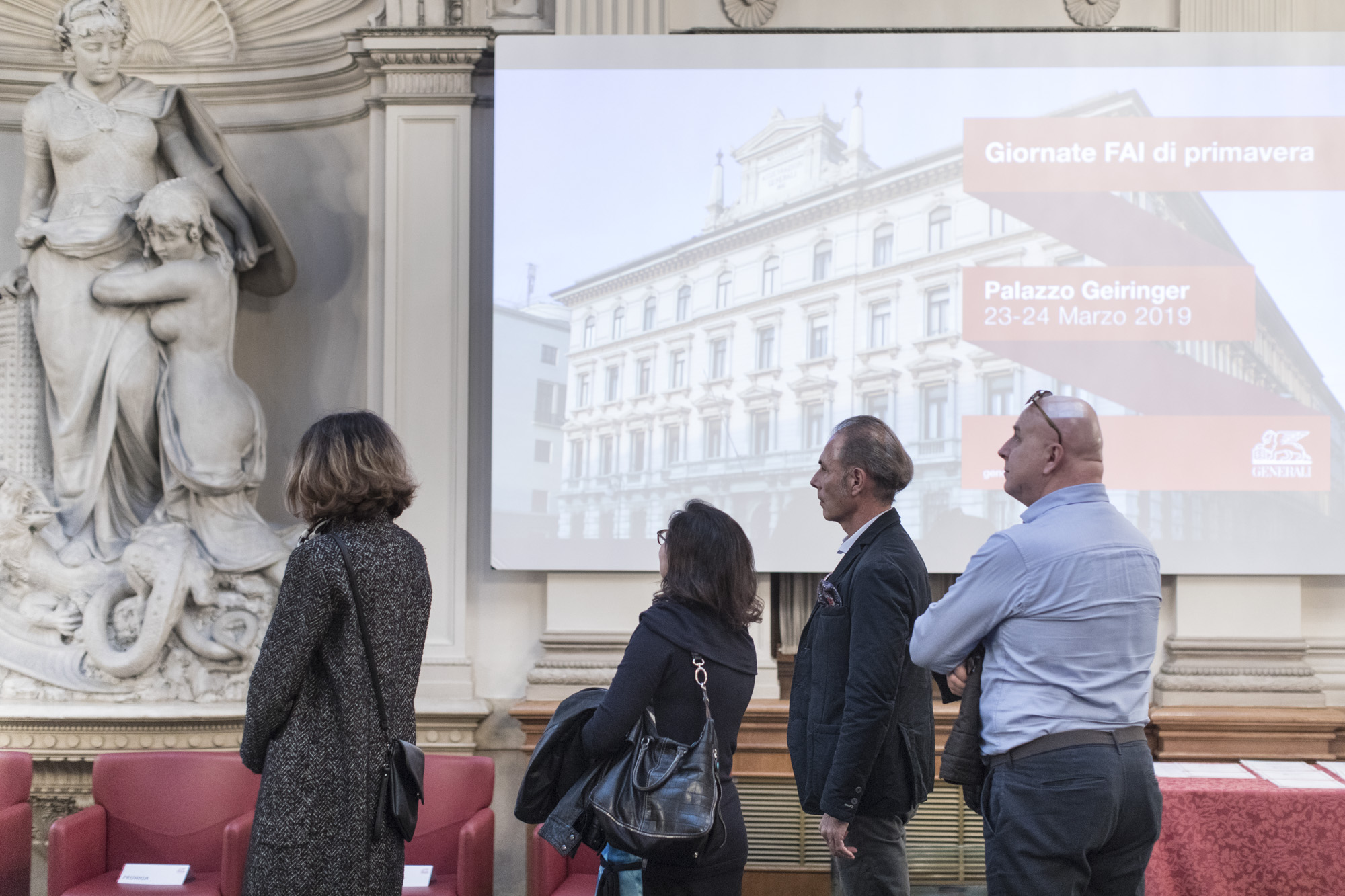 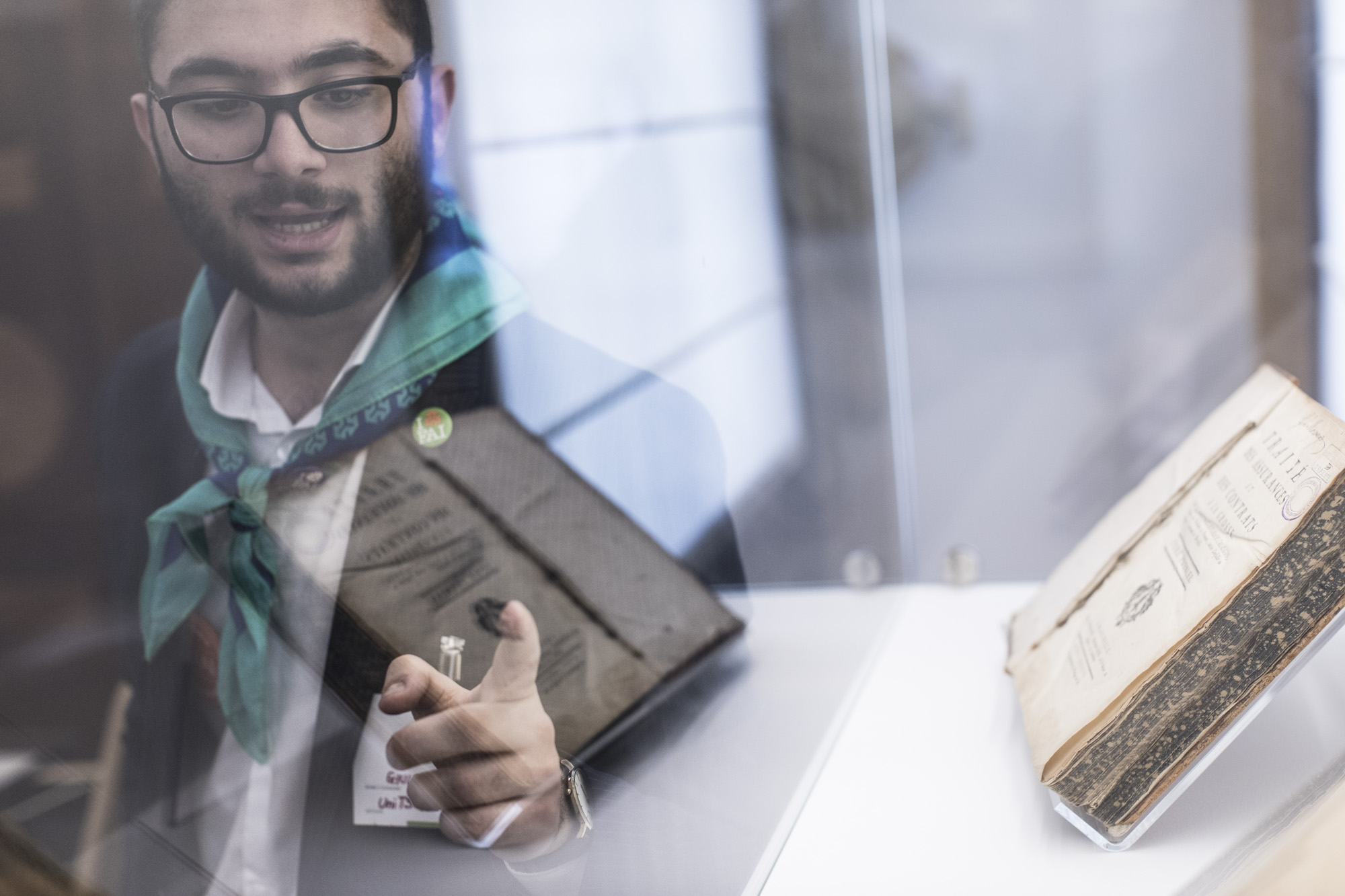 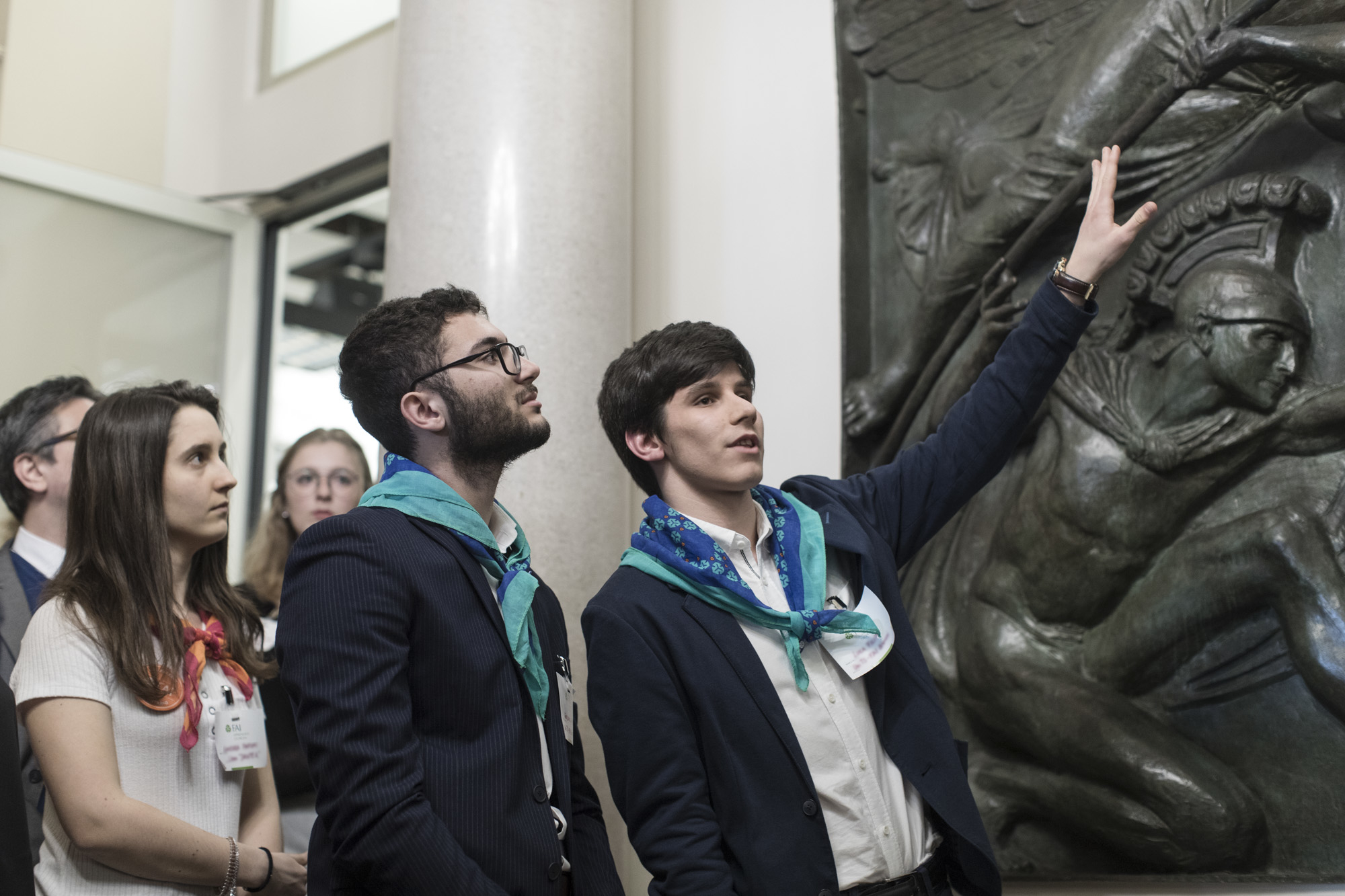 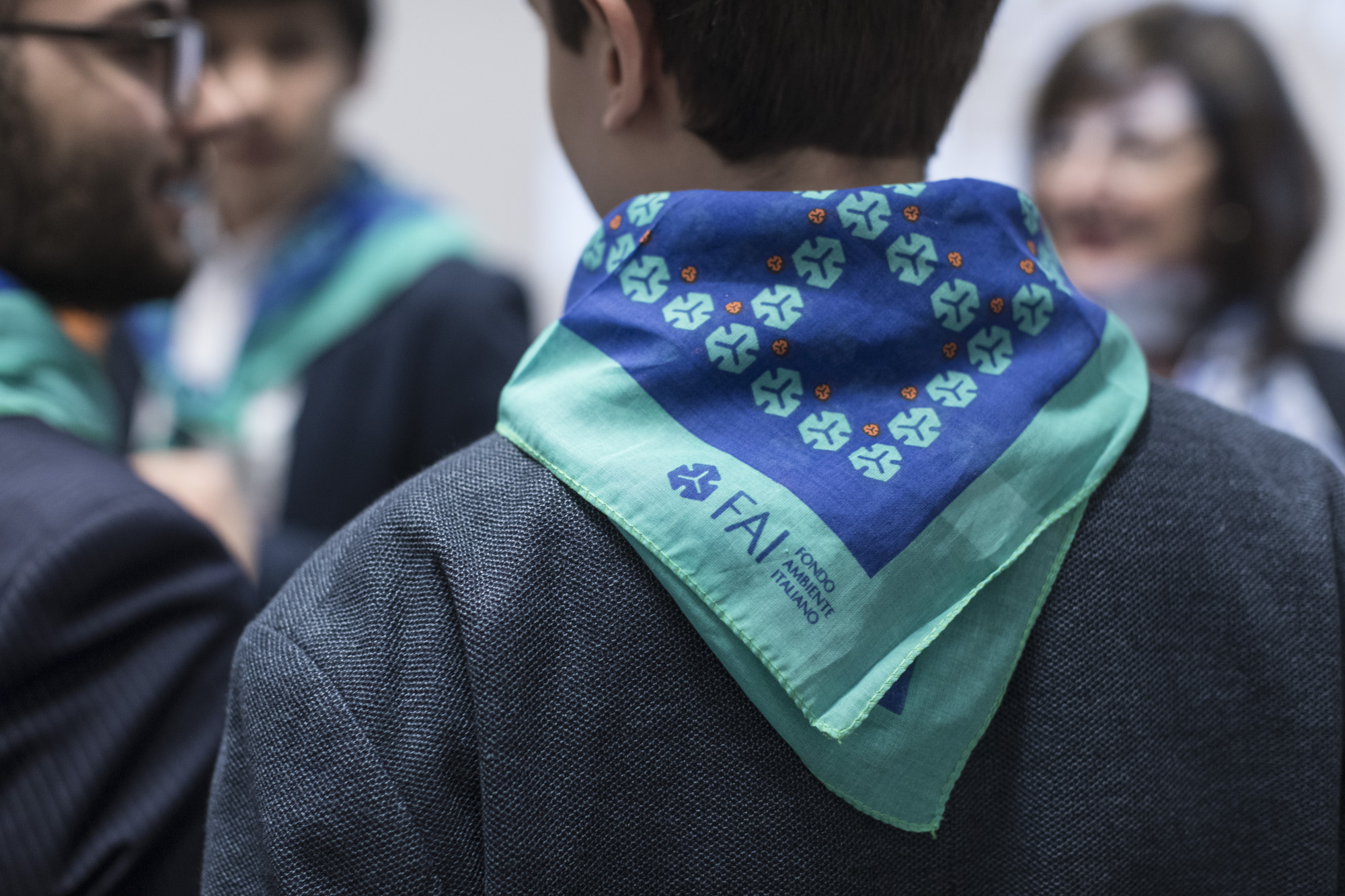