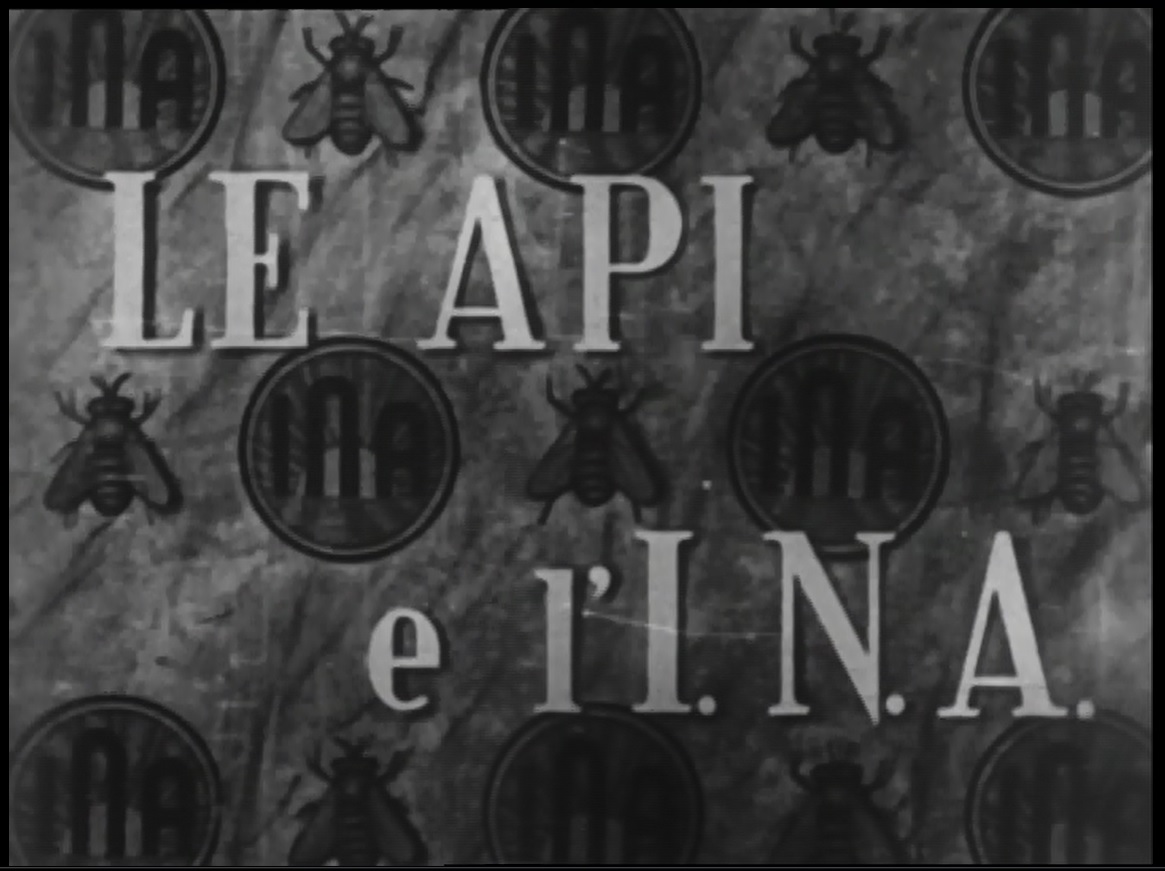 From the life of bees to the social security system is the subject of the 1948 short film Le Api e L’INA (Bees and INA), recovered by the INA Historical Archive as part of the project for promoting the film propaganda material of the Istituto Nazionale delle Assicurazioni (INA) and Assitalia. It was brought to light thanks to the collaboration of the Istituto Luce (Institute of the Educational Film Union) and the Cineteca Nazionale del Centro Sperimentale di Cinematografia di Roma (National Film Archive of the Experimental Cinematography Centre in Rome).

Produced in 1948 by INA at a cost of 475,852 Lire, the film was made on the initiative and with subject matter by Inspector General Mr. Oreste Natoli, then Head of the Development Organisation and Propaganda Service of the Institute. It was distributed in 16 mm format with a length of 450 m (22 minutes) both in schools, work environments, offices of institutes and associations, and parishes and in INA’s numerous General Agencies, all provided with film projector. As shown by the letters in our Archive, it was met everywhere with a “vast echo of consensus”, to the extent that it was sent to Spain, where the Institute had its own representatives, in agreement with the Italian Institute of Culture in Madrid.

Le Api e l’INA is a documentary thus described in a 1951 document: “From an overview of the life of bees, it moves on to the concept of security in the field of insurance and illustrate the public works and constructions realised with the financial contribution of INA, placing particular emphasis on the real estate assets of the Institute throughout Italy”.