The Magazines of the INA Empire: “Famiglia Nostra” and “La Buona Semente”

“Famiglia Nostra” (“Our Family) and “La Buona Semente” (“The Good Seed”) are two magazines that were published in the latter part of the 1930s by two parallel organisations to the Istituto Nazionale delle Assicurazioni (INA); the INA’s recreational club (known as the Dopolavoro) and its Comitato lombardo per la propaganda delle assicurazioni popolari (“Lombard Advertising Committee for Popular Insurance”), the latter as part of the INA’s Gruppo Agenti Generali from 1938 onwards. The two periodicals, both published monthly, are unmistakeable and exquisite products of their surroundings, one Rome and the other Milan, until 1938, when it became national following the integration of the general agents of the INA.

If “Famiglia Nostra”, the magazine of the INA recreational club, serves as a kind of house organ of the INA, “La Buona Semente” is a propaganda magazine focused primarily on the INA’s popular policies targeting different groups: the popular policy, the policy dedicated to the Balilla youth organisation, the “XXI April” policy, rural, pro-family, and dowry policies, and policies dedicated to the Gioventù Italiana del Littorio (GIL).

Both magazines are a reflection of their time, the Fascist era, celebrating the regime and its achievements in every field. 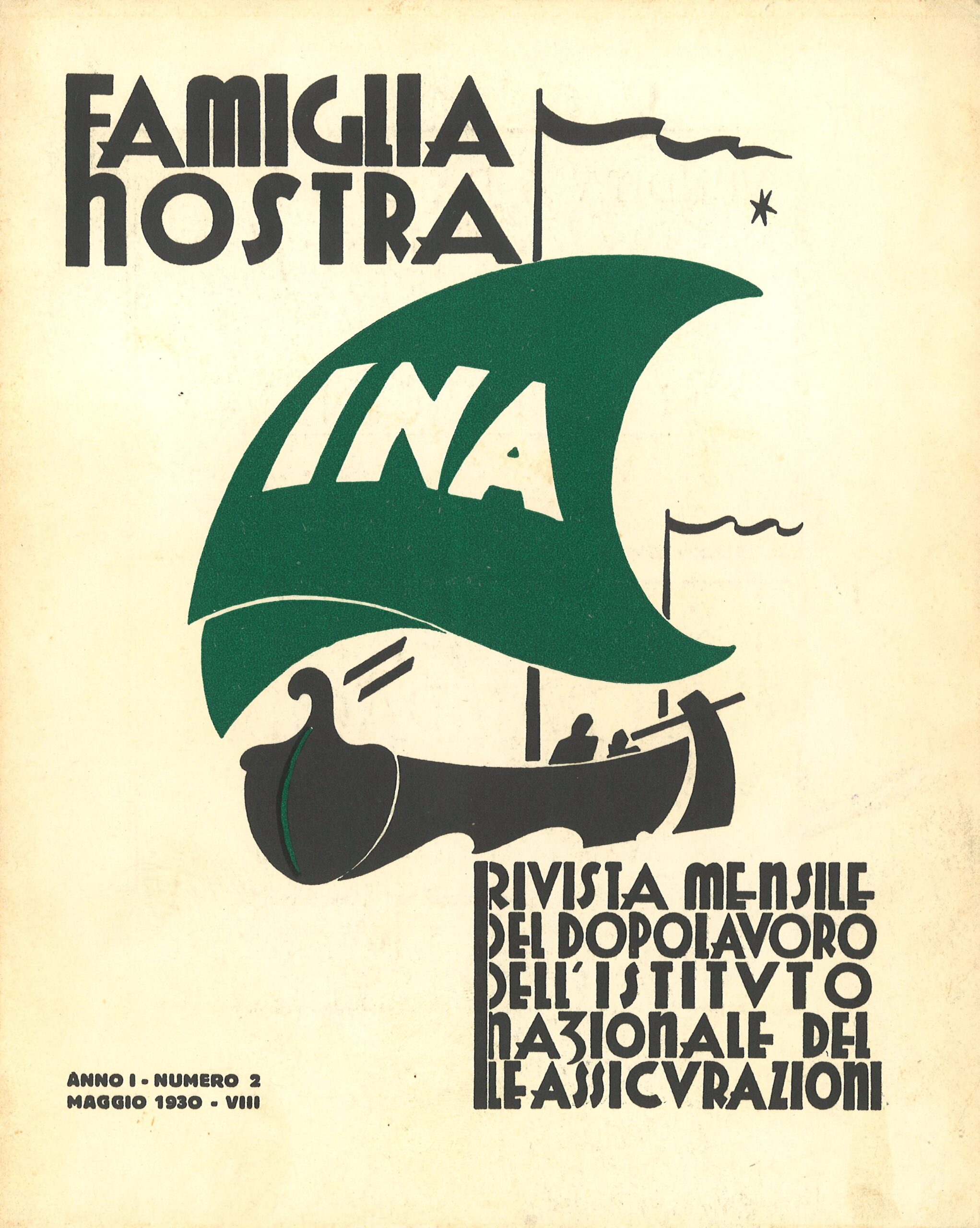 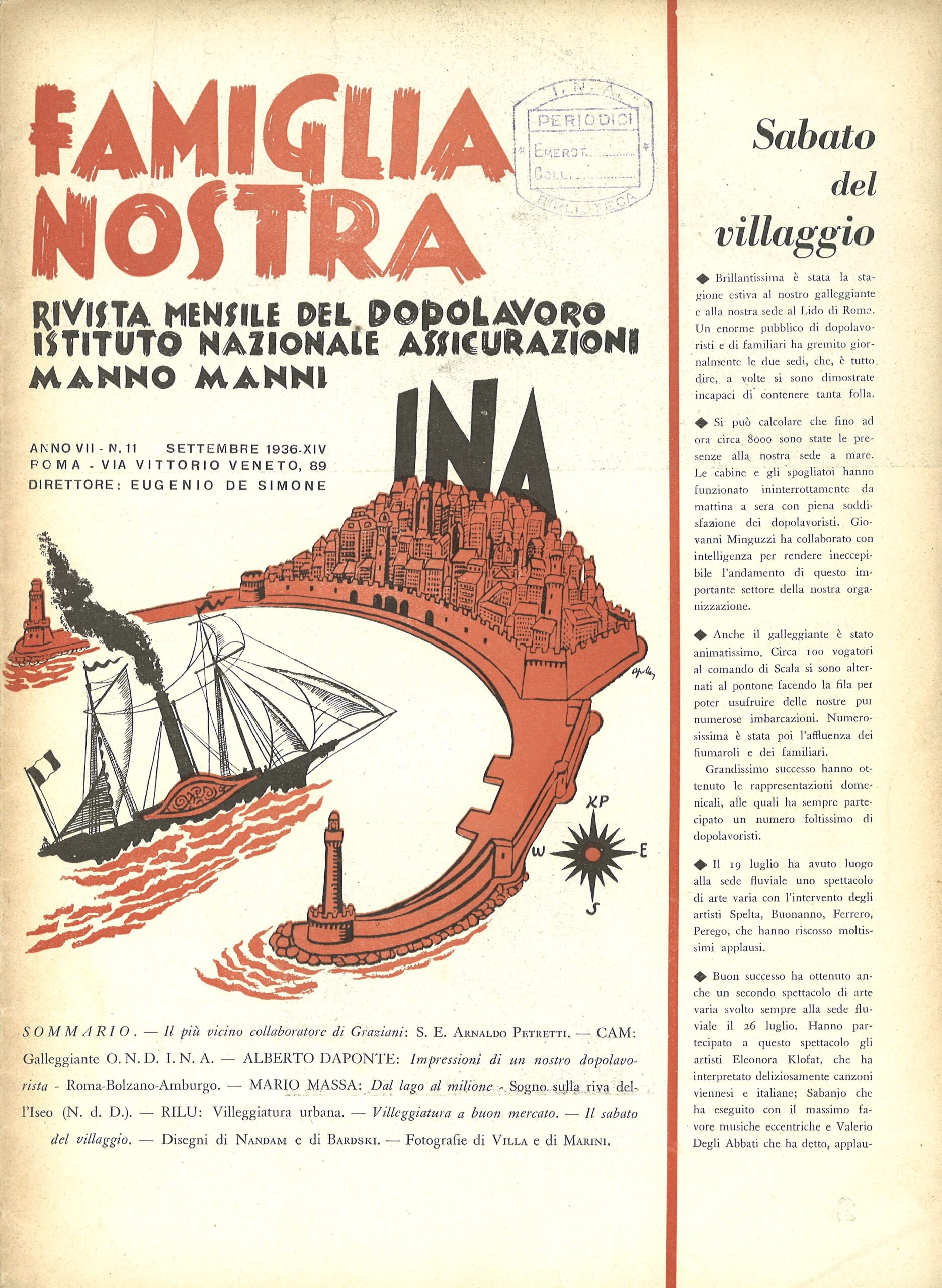 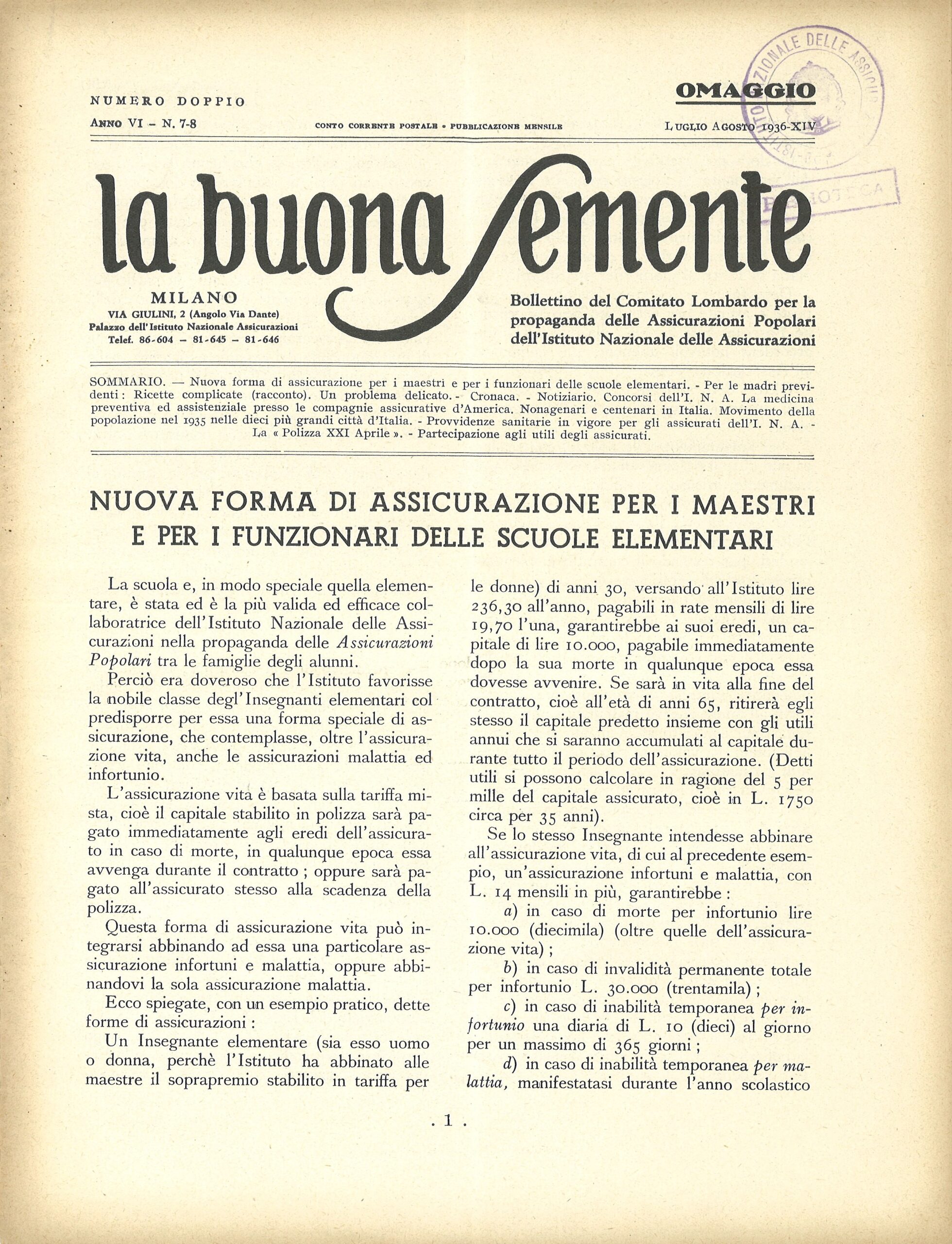 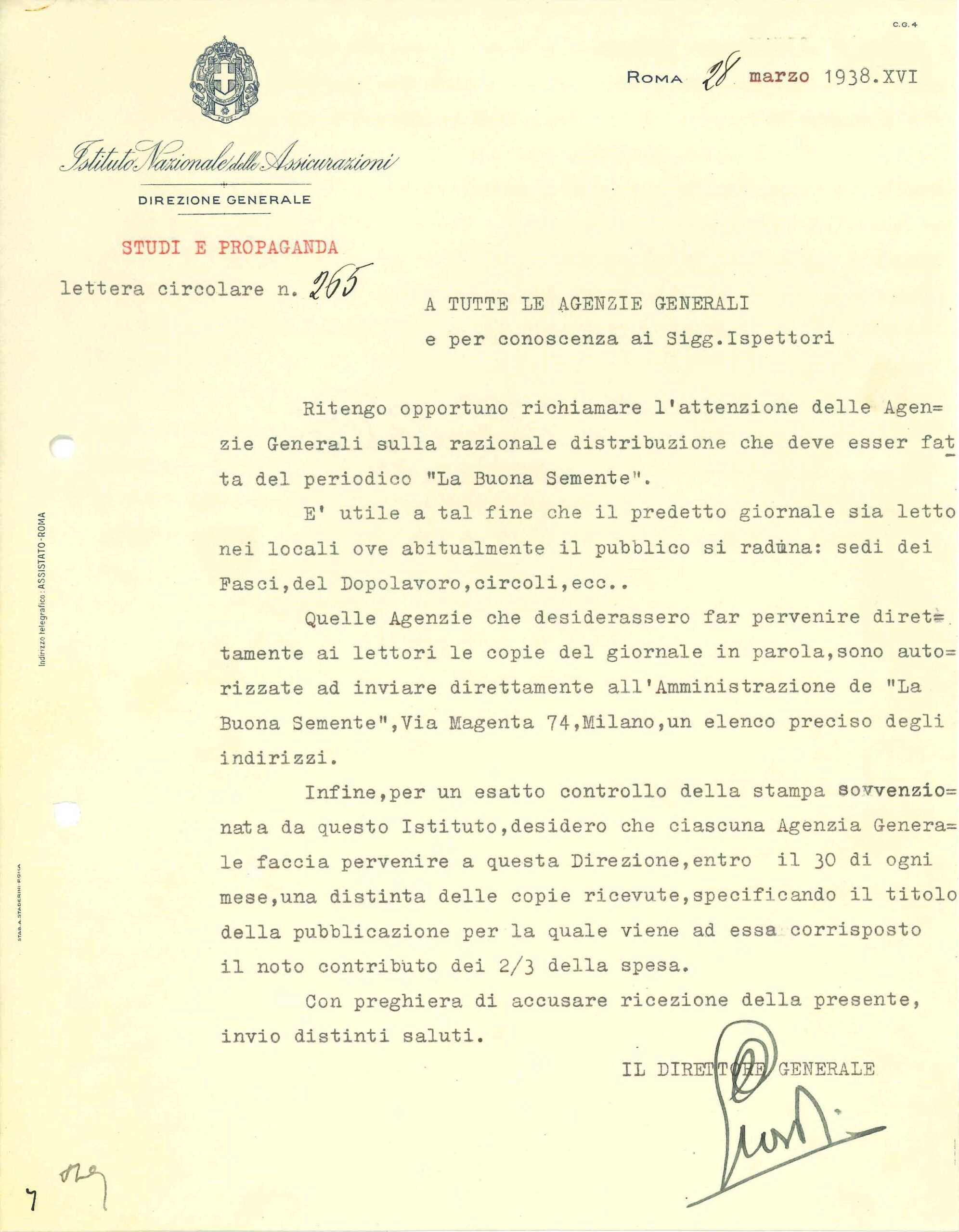 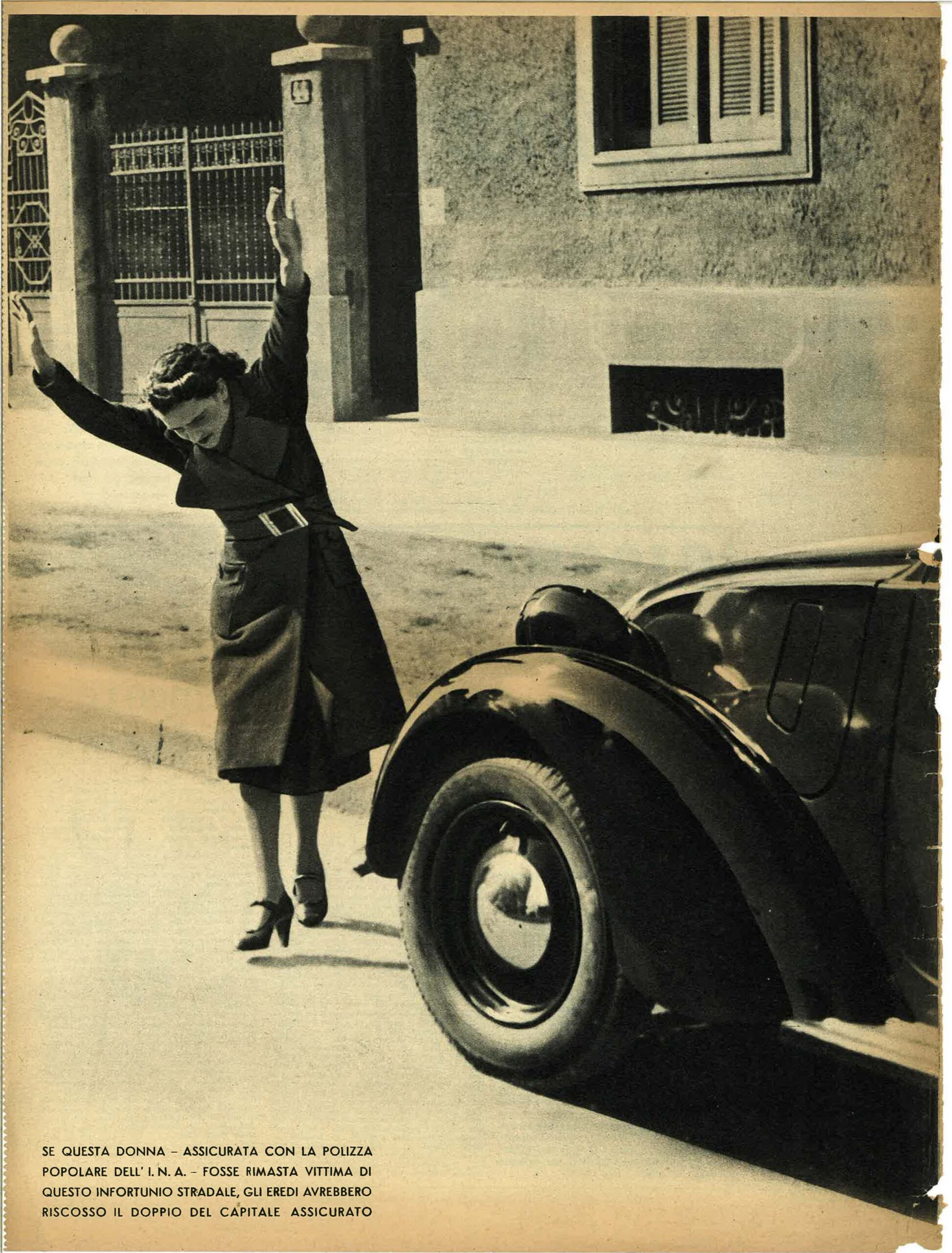 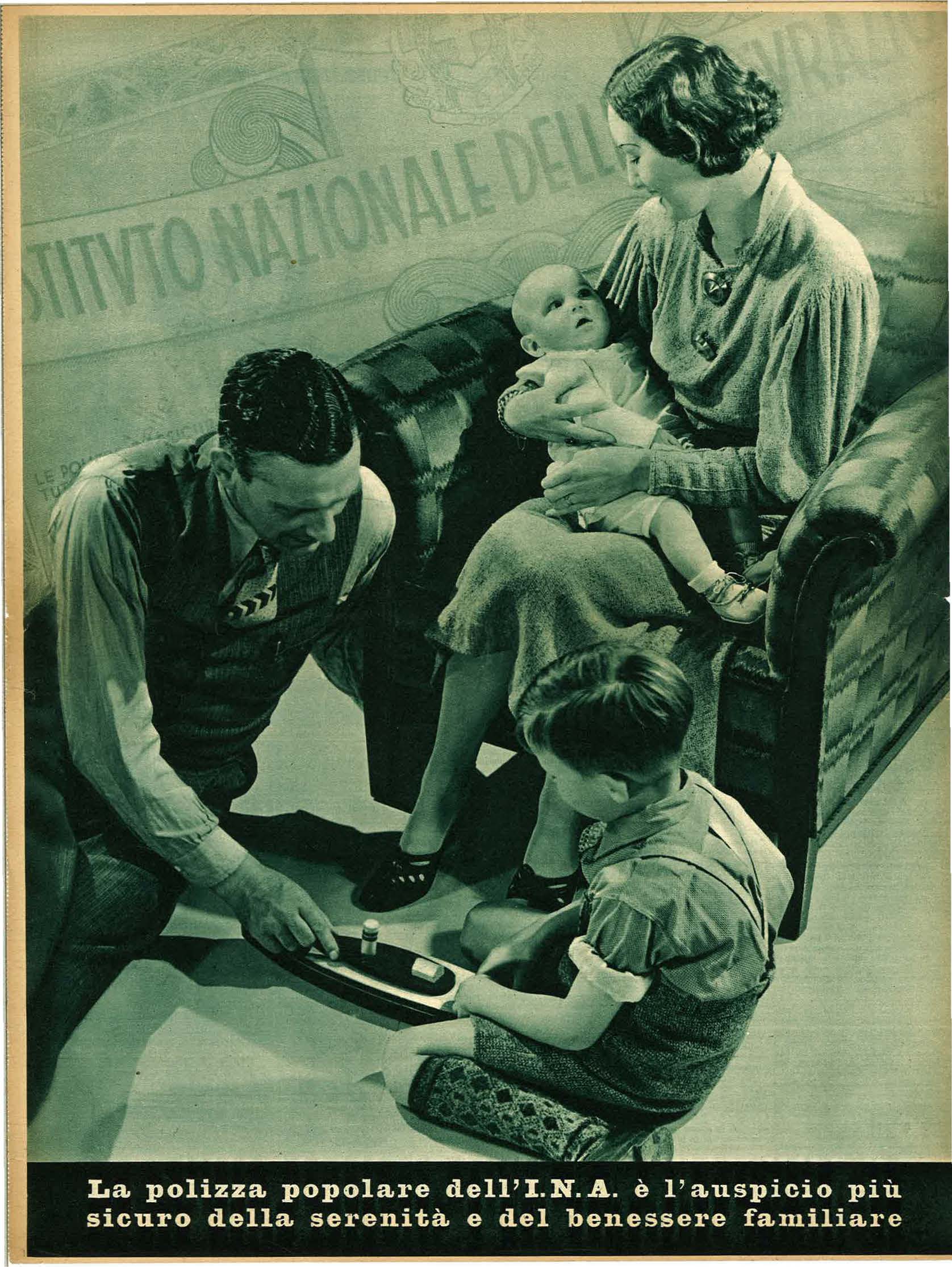 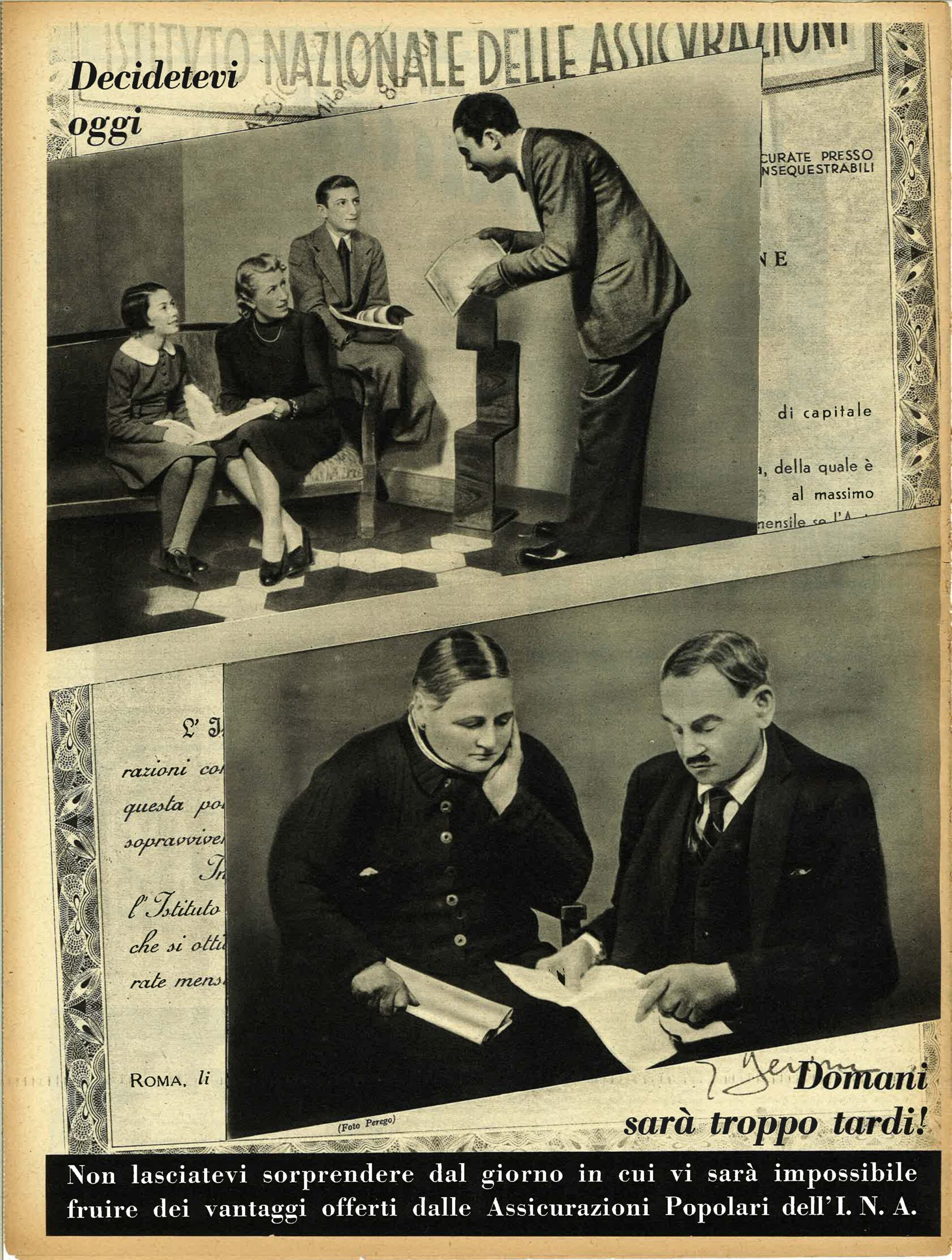 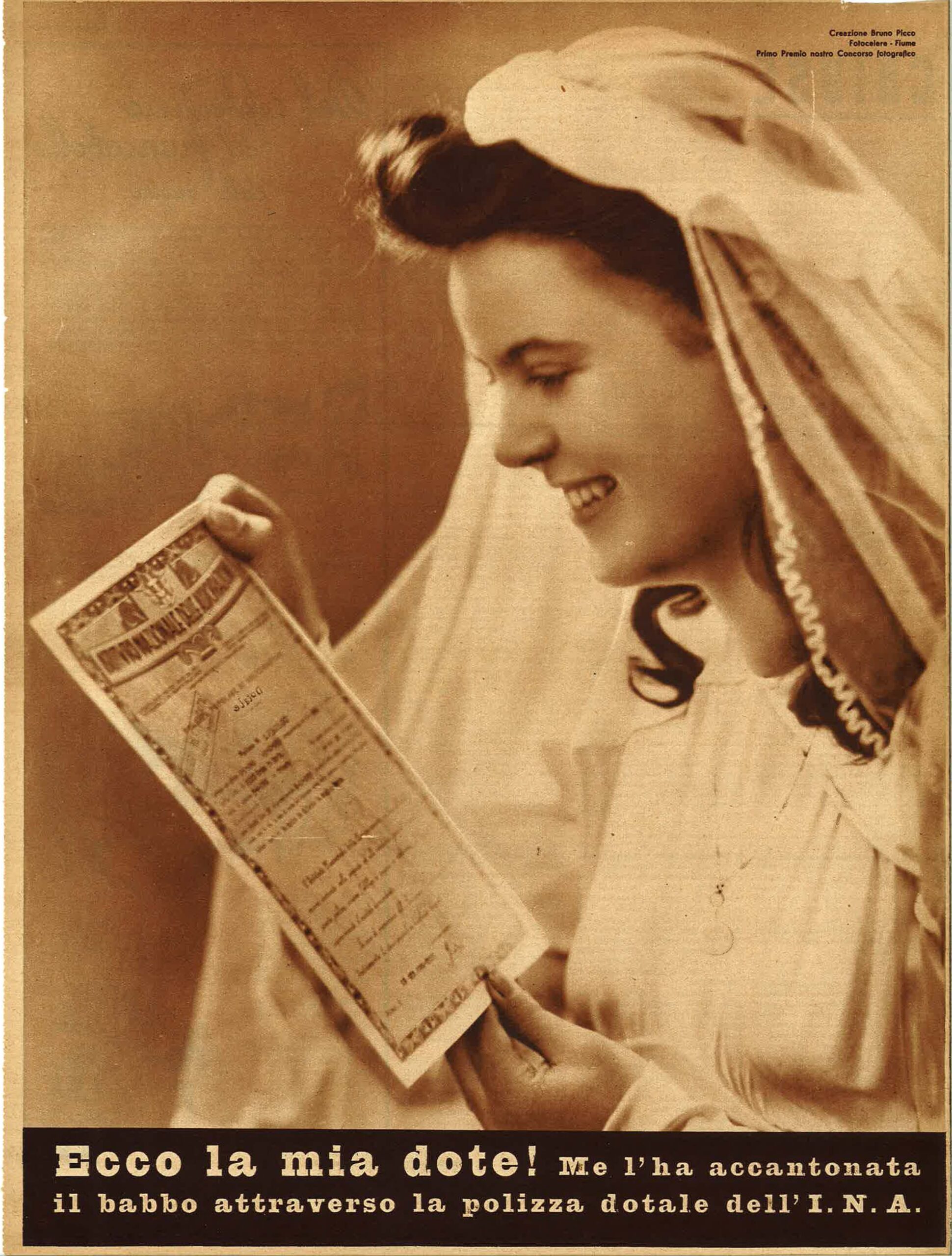 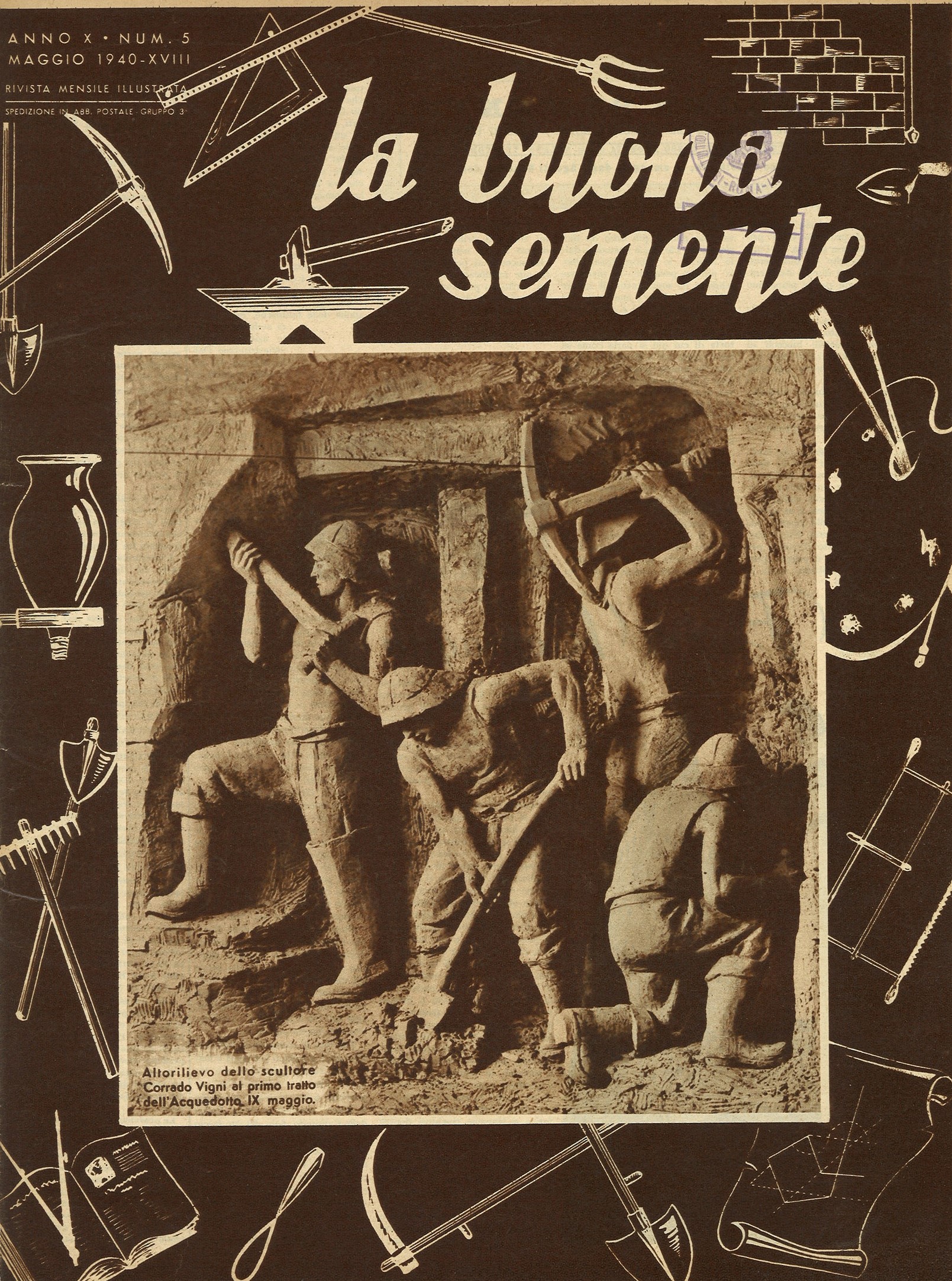 “Famiglia Nostra” begins publication in April 1930 and runs until August 1939, as far as can be inferred from the files in the INA Assitalia Historical Archive. The first issue of “La Buona Semente” is published in April 1931, and it runs until December 1943. The issues published during the years of the Second World War are perhaps the most interesting: here, on the front page, the renowned founder and editor of the magazine, Arrigo Solmi, offers thoughts regarding the war situation, making the magazine almost a war bulletin. The last two issues, following the Grand Council of Fascism meeting of 25 July 1943, are left hanging, detached from the enormity of the moment: no references to Fascism and no references to the war.

Despite having different origins, their educational purpose is a clear common denominator between the two magazines, and the modus educandi shines through primarily in the light-hearted but powerful literary genre adopted: the novella, the short story. Among the contributors to the different features are professional writers and translators, many of them women, and many now forgotten: alongside Mario Massa, Giorgio Gostini, Alfredo Fabietti, Mario Puccini, Armando Ravaglioli and Carlo Pastorino we can find Fiammetta Lombarda (a pseudonym of Amelia Tondini Melgari), Lea Bevilacqua, Nerina Majorino Jori, Marina Ghiani Spano, Albertina Sala Costa, Linda Gentilucci Pizzen and Spina Vismara, to cite a few examples of those who appear most often. Also noteworthy is a cameo by (Yusuf or Giuseppe) Roberto Mandel, friend of the poet Gabriele D’Annunzio.

Other features are equally interesting, such as the ones in “Famiglia Nostra” dedicated to theatre evenings, insurance conferences, and poetry readings in Roman dialect (where the poet Augusto Jandolo  was one of the guests), all of which took place inside the recreational club, at the INA building in 89 Via Veneto in Rome. There are also regular references to sport – even the boxer Primo Carnera was scheduled to visit the INA recreational club! – and to the INA’s OND.INA club, built on a floating house.

Among the features worthy of mention in “La Buona Semente” are the one dedicated to film, called Schermo Bianco (“White Screen”) and written under the pseudonym Espi, the ones dedicated to news reports from Italy, from distant lands and from countries involved in the war (among the authors: Carlo Dell’Ongaro) and the healthcare feature Note e Consigli D’Igiene (“Hygiene Hints and Tips”), which tackled basic medical themes, but also often referred readers back to the INA’s scientific publication, L’Assistenza Medica (“Medical Assistance”). Last but not least, a word on the imagery: In its second stage, beginning in 1938, “La Buona Semente” introduces a noteworthy use of imagery that incorporates images in support of INA’s popular policies and of the regime, on the cover and inside pages, created for the purpose and involving actors and photographers.