At the heart of things: the INA Minutes

The minutes of both the Board of Directors and the Standing Committee of the Istituto Nazionale delle Assicurazioni (INA) provide the official record of the choices and decisions made by the institute under various management regimes.

They make it possible to reconstruct the activities of the national institute in its various areas of operation, from voluntary retirement plans to State-managed segregated funds, from property investment to management of personal assets. They furnish abundant information on figures from INA’s past, including CEOs, senior managers, employees, general agents, insurance producers and various external contributors.

The on-going and painstaking work of transcribing the headings of minutes to make information searchable is simplifying research work, and online facilities exist for digital reproduction of documents.

Since databases concerning Stringher and Beneduce are already available, it was considered appropriate to first publish the minutes of the Board of Directors and the Standing Committee dating from INA’s foundation in April 1912 to January 1923, when the presidency of Stringher, a typical figure of the early days of the Istituto Nazionale delle Assicurazioni, came to an end. The year 1923 also marked the end of the transitional period created by the law of 4 April 1912 – repealed by Royal Decree no. 966 of 29 April 1923 – authorising INA to operate the state monopoly on life insurance.

The minutes are particularly important for recording the activities of Guido Toja, an important figure in INA’s history who became General Manager in 1920.

Following on from the publication of the minutes from meetings of the Board of Directors and the Standing Committee from 1923 to 1929, regarding the presidencies and commissionerships of Guido Toja (General Manager from 1920) and Salvatore Gatti, the minutes of the Board and the Standing Committee of the presidency, commissionership and second presidency of Giuseppe Bevione – whose leadership is among the longest in INA’s history, from 1929 to 1943 – are now also being made available to researchers. The minutes from these years enable a deeper study of the INA’s activity as the “financial power of the Fascist state”, as Mussolini defined it in 1933, on the occasion of its 20th anniversary.

The minutes of both of the Board and the Committee, which are indexed, are arranged in chronological order and divided into sections relating to the individual meetings. 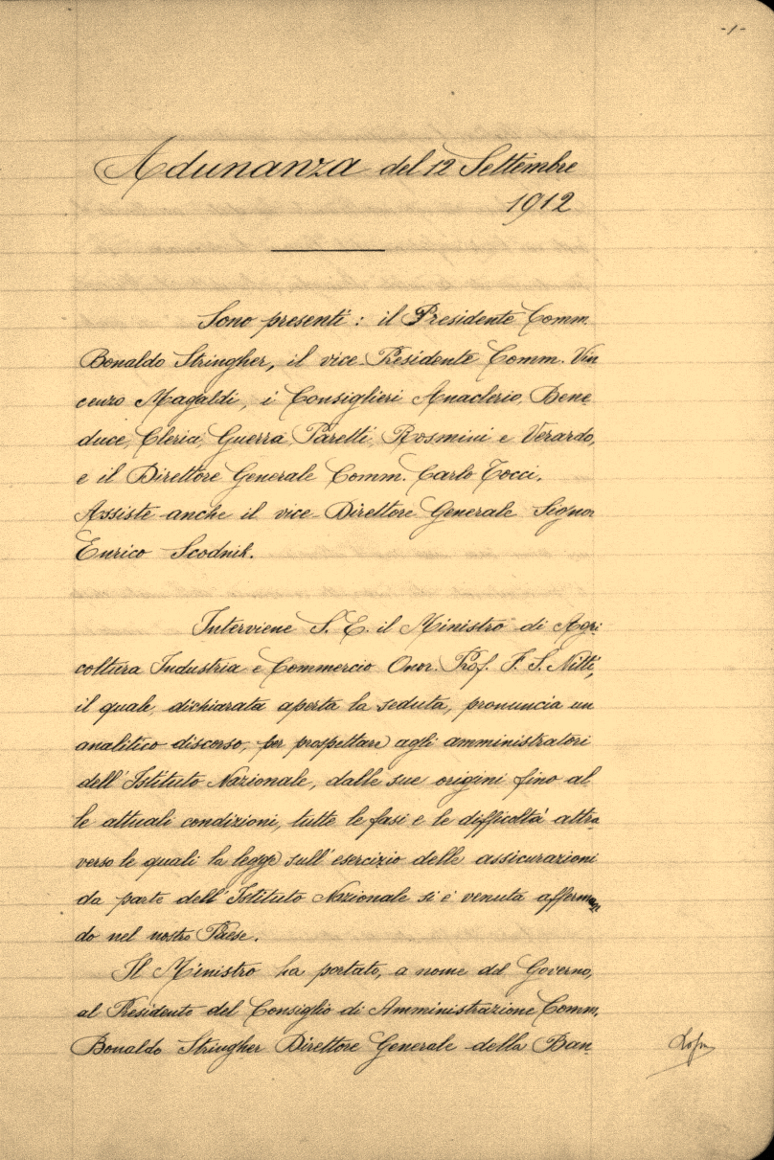 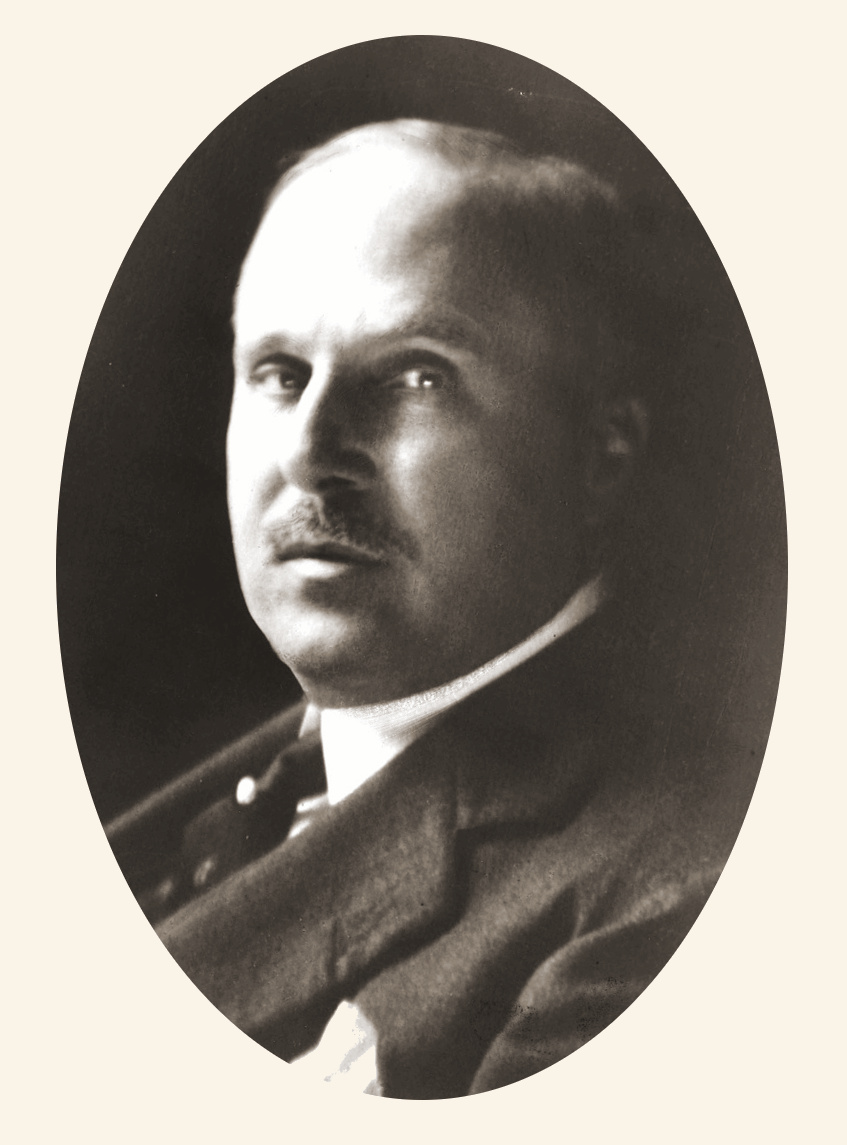 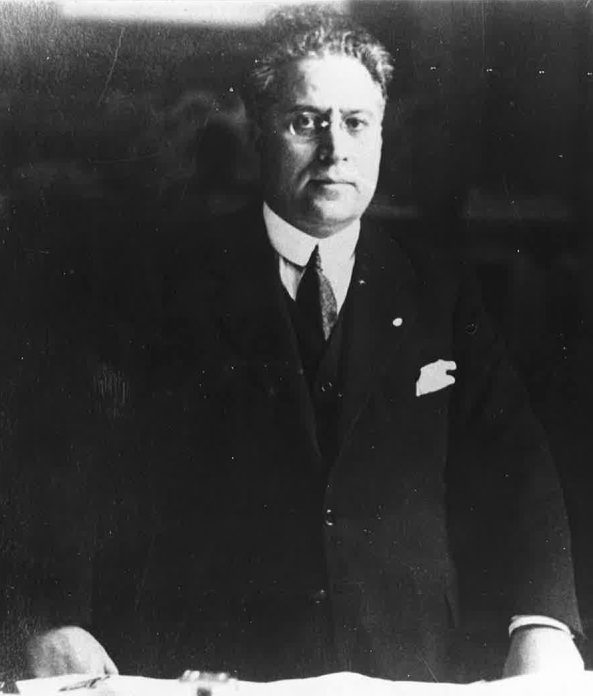 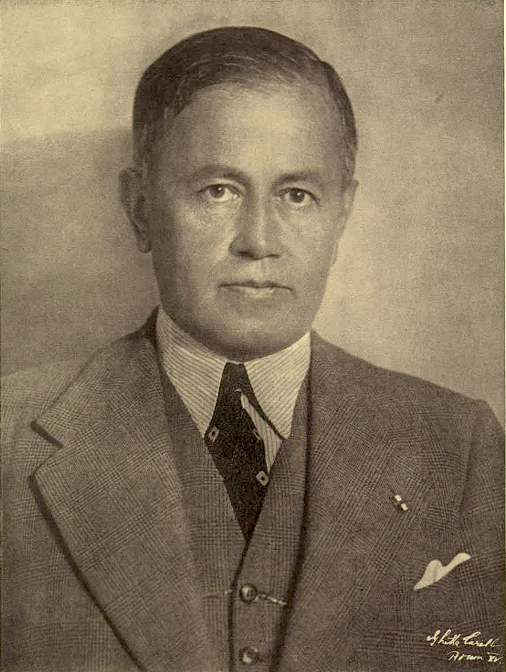 Browse the Fonds
Information note and consent regarding cookies - This website uses its own technical cookies and third party cookies (technical and profiling) in order to improve your browsing experience and provide you a service in line with your preferences. If you click on this banner or close this window or access any element underlying this banner, you'll provide consent regarding cookies. If you want to learn more or prefer to withdraw consent for all or some of these cookies read our Cookie Policy
Accept All
Manage consent