Muscles in black and white (and on canvas) 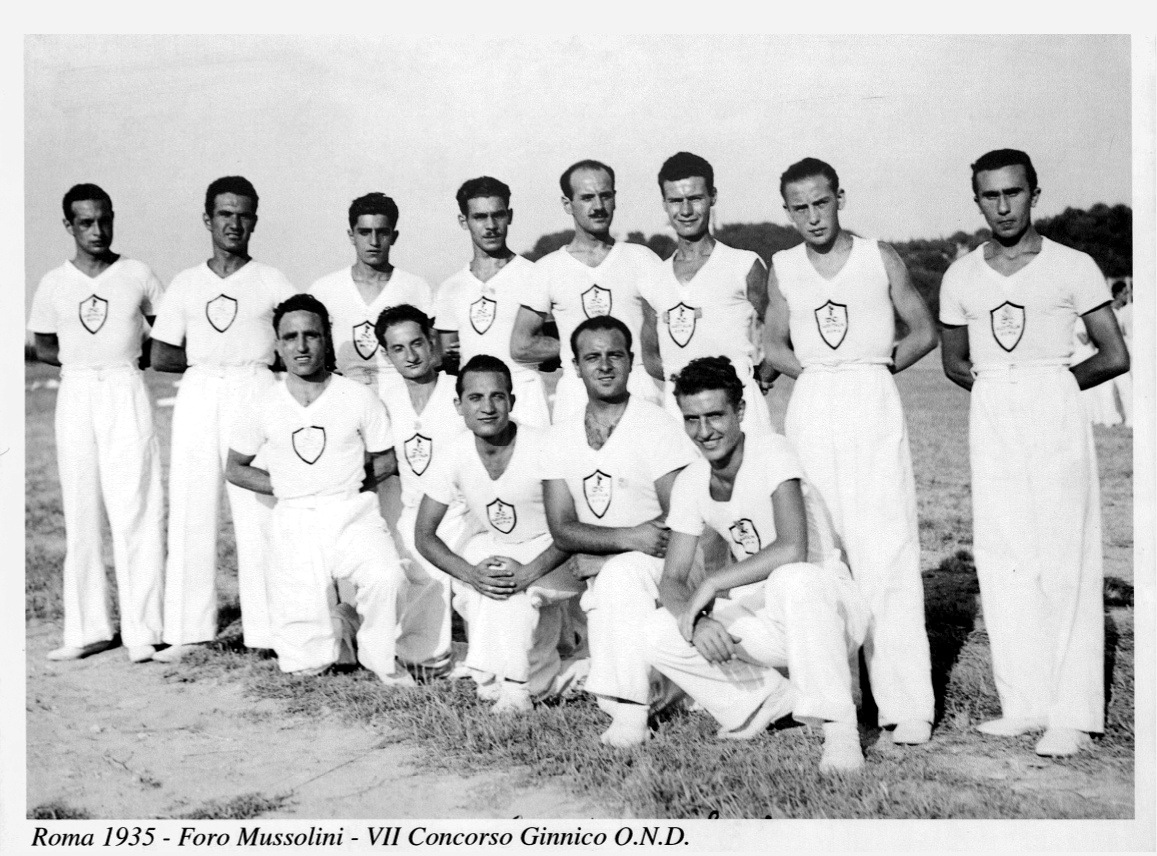 The OND – Opera Nazionale Dopolavoro [national recreational organisation] - was introduced by the Fascist regime in 1925 to provide leisure activities for workers. Its statutory objectives were to promote the “moral and physical well-being of the people through sport, excursions, tourism, art education, popular culture, health and welfare advice and professional development”.

In the thirties, the OND became one of the regime's main tools for organising voluntary activities for the masses. A column entitled Il Sabato del Villaggio [Saturday in the village] in the INA monthly leisure magazine Famiglia Nostra [our family] described Saturday activities that the Fascists claimed would improve workers' cultural and physical development and strengthen national sentiment. Leisure activities for INA employees took place on a barge on the Tiber, then owned by INA and now owned by Generali.

Artists of the Scuola Romana, particularly Emanuele Cavalli and Giuseppe Capogrossi, often painted swimmers and rowers on Tiber barges. Two paintings in Generali Group's art collection reflect this predilection: Figure di Atleti (Portraits of Athletes, circa 1935, oil on canvas, 65.5 x 50 cm) by Guglielmo Janni, and La Spiaggia (The Shore, 1934, oil on canvas, 125.5 x 120.5 cm) by Alberto Ziveri. In a historical period influenced by the Novecento movement that prominent art critic Margherita Sarfatti embraced, and by the return to neoclassical themes and the myth of Romanism underlying Fascist values, these paintings demonstrate Ziveri’s expressive trait of "seicentista realism"(Fabio Benzi) and "art of the most virginal, dream-like kind" (Giuseppe Ungaretti) in the case of Janni (the quotations come from the catalogue of the 1993 exhibition Dipinti del ’900 Italiano. Collezione Assitalia held at the Memmo Foundation in Rome to mark Assitalia’s 70th anniversary).