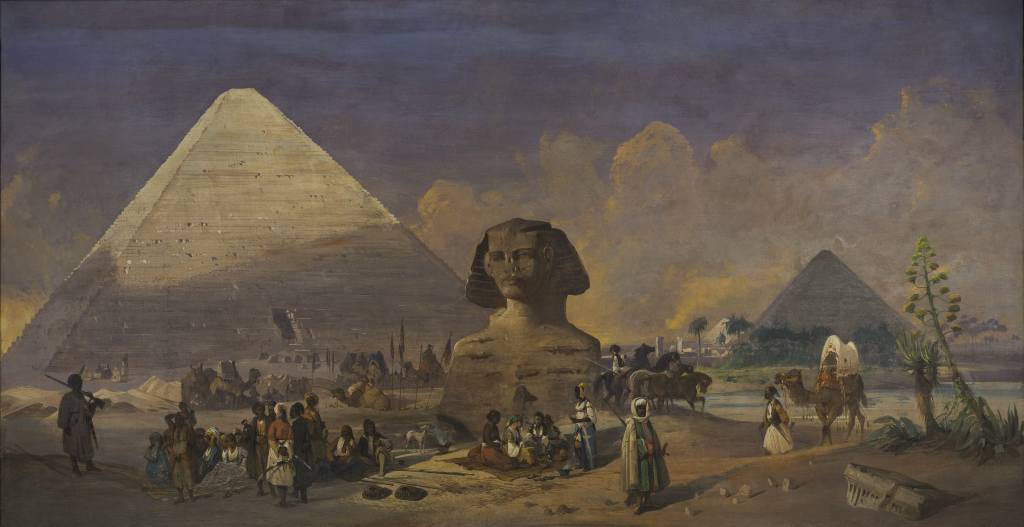 Constantly on the move with his paintings tucked under his arm.

This is how Ippolito Caffi (Belluno 1809 – Vis Island 1866), a tireless traveller and a sworn patriot, provided reports based on dozens of trips to Italian, European and Middle Eastern cities.

Unmissable destinations on the famous Grand Tour, including Venice, Rome and Naples, to which he dedicated vedute both full of light and nocturnal in what was almost an anticipation of Impressionism, mixed with far-flung and exotic locations such as Constantinople, Egypt, Jerusalem and Ephesus with its brilliant sunsets. His albums and notebooks are filled with wonderful sketches jotted down during his countless journeys as well as in his war-time role as both an active participant, as a captain of the Civic Guard, as well as an onlooker—an artist-reporter of remarkable impact.

A Renaissance man, Caffi loved to dream of a united Italy, free from the foreigner’s yoke, perfectly encapsulating the romantic ideals of political conviction and an adventurous lifestyle: he supported the 1848-49 uprisings and endured Austrian persecution, arrest and exile, before the subsequent liberation.

Action-packed to the last, even his death took place on the frontlines, aboard the navy ship Re d’Italia off the shore of the island of Vis in the Adriatic Sea, during the battle against Austrian forces in 1866. 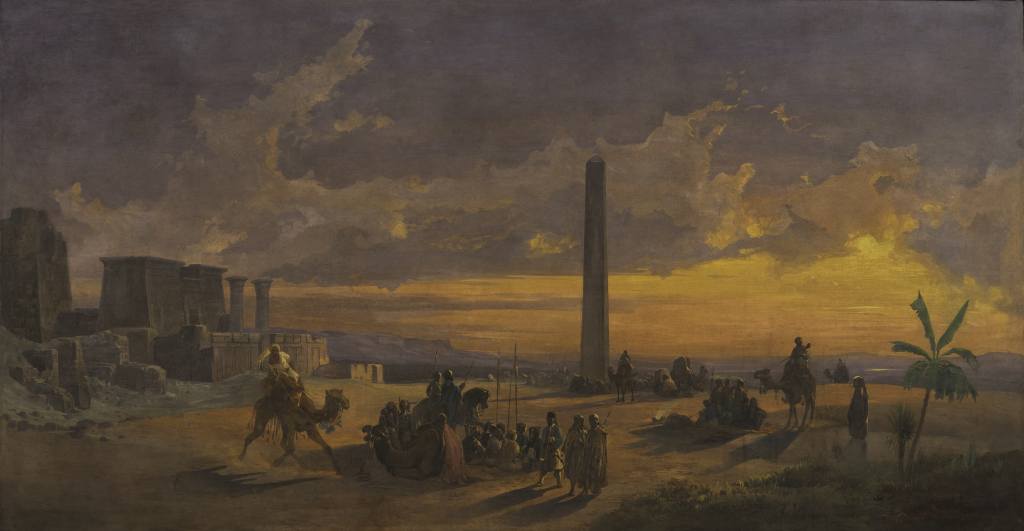 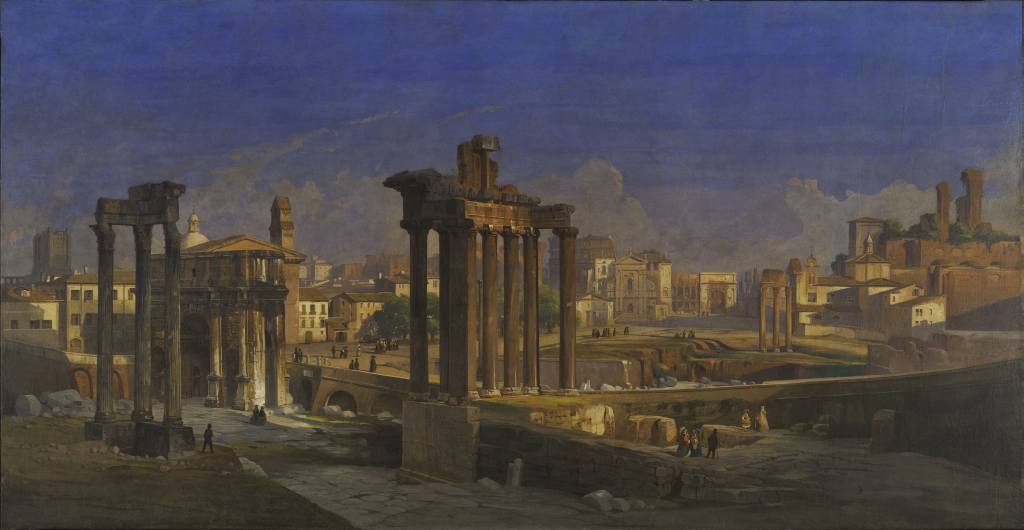 Originally the works included in Generali’s artistic heritage: Carovana ai piedi della sfinge, Tramonto sulla pianura di Tebe and I Fori Imperiali Romani, were murals painted by Caffi in 1858-59 for his home in Venice, Casa del Salvadego, using a technique that was ahead of its time known as stereochromy, which involved applying a finishing layer of “water glass” (Wasserglas). This served a dual purpose of protecting the painting against the humidity of a city by the sea as well as giving the finished painting a polished, clear and sparkling appearance.

In 1956, after the Casa del Salvadego was purchased by Generali, the works were “stripped” from the walls and transferred onto canvas. They are currently in conservation at the company’s Venice headquarters in Palazzo Morosini overlooking Campo Santo Stefano. The incredibly successful “stripping” process, itself an invasive and traumatic operation, did nonetheless bring issues of conservation to the fore over time that necessitated a full restoration of Caffi’s three vedute. Following recommendations arising from a preventive technical analysis carried out by the Ca’ Foscari University in Venice and based on a map of all the gaps, stains and craquelures in the artworks, over six months of work the conservator restored the brilliant colours of these remarkable vedute, bringing back to life all the details in Caffi’s work. This is integral to the work of an artist who paid such close attention to details that his art almost resembled the art of photography which started at around the same time.

Ippolito Caffi is considered among the leading and most unique vedutisti of 19th century Italy. His style recalls the Frenchman Corot and the Englishman Turner, singling him out as an artist capable of going beyond the legacy of Canaletto by adding an emotional side to his pieces.

In restoring and celebrating these wonderful paintings which depict exotic locations and historic ruins immersed in the dreamlike atmosphere and Savoy blue skies, Generali is ensuring that their beauty and value is retained over time.

Read more
Information note and consent regarding cookies - This website uses its own technical cookies and third party cookies (technical and profiling) in order to improve your browsing experience and provide you a service in line with your preferences. If you click on this banner or close this window or access any element underlying this banner, you'll provide consent regarding cookies. If you want to learn more or prefer to withdraw consent for all or some of these cookies read our Cookie Policy
Accept All
Manage consent