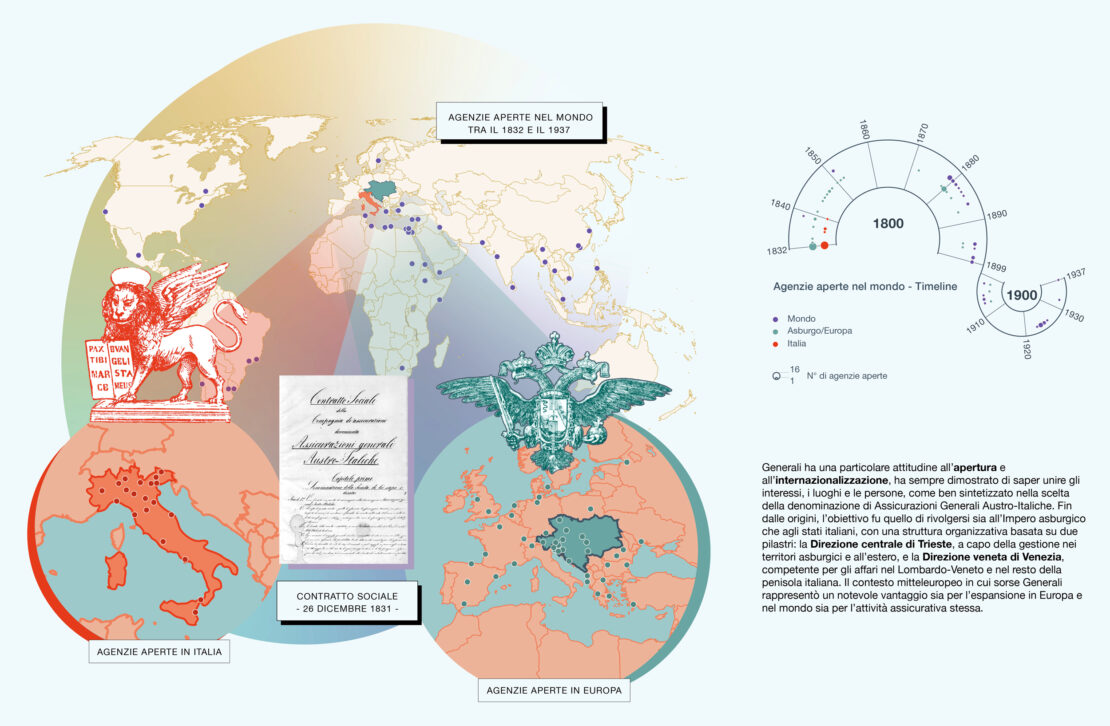 Generali is celebrating its 190th anniversary by bringing to life documents, photographs and other objects from its cultural heritage through an innovative storytelling approach that incorporates audio segments, infographics and fine-art photography, in addition to the detailed historical records.

Real or realistically depicted narrators cover almost two centuries of the company’s history through the eyes of the people whose lives it touched. From its beginnings in 1831 as a joint-stock company founded in Trieste, the free port of the Habsburg Empire and a melting pot of cultures and ideas, to the invention of fire marks, an early form of geolocalisation for buildings insured against fire damage; from groundbreaking research into life insurance to pioneering meteorological data collection regarding hail that made previously impossible insurance possible. There are countless such examples, such as the revolutionary ‘on demand’ insurance for train or boat journeys, or the employment of Franz Kafka. The same enterprising spirit continues to drive innovation, embrace change and encourage social responsibility, now as much as ever. 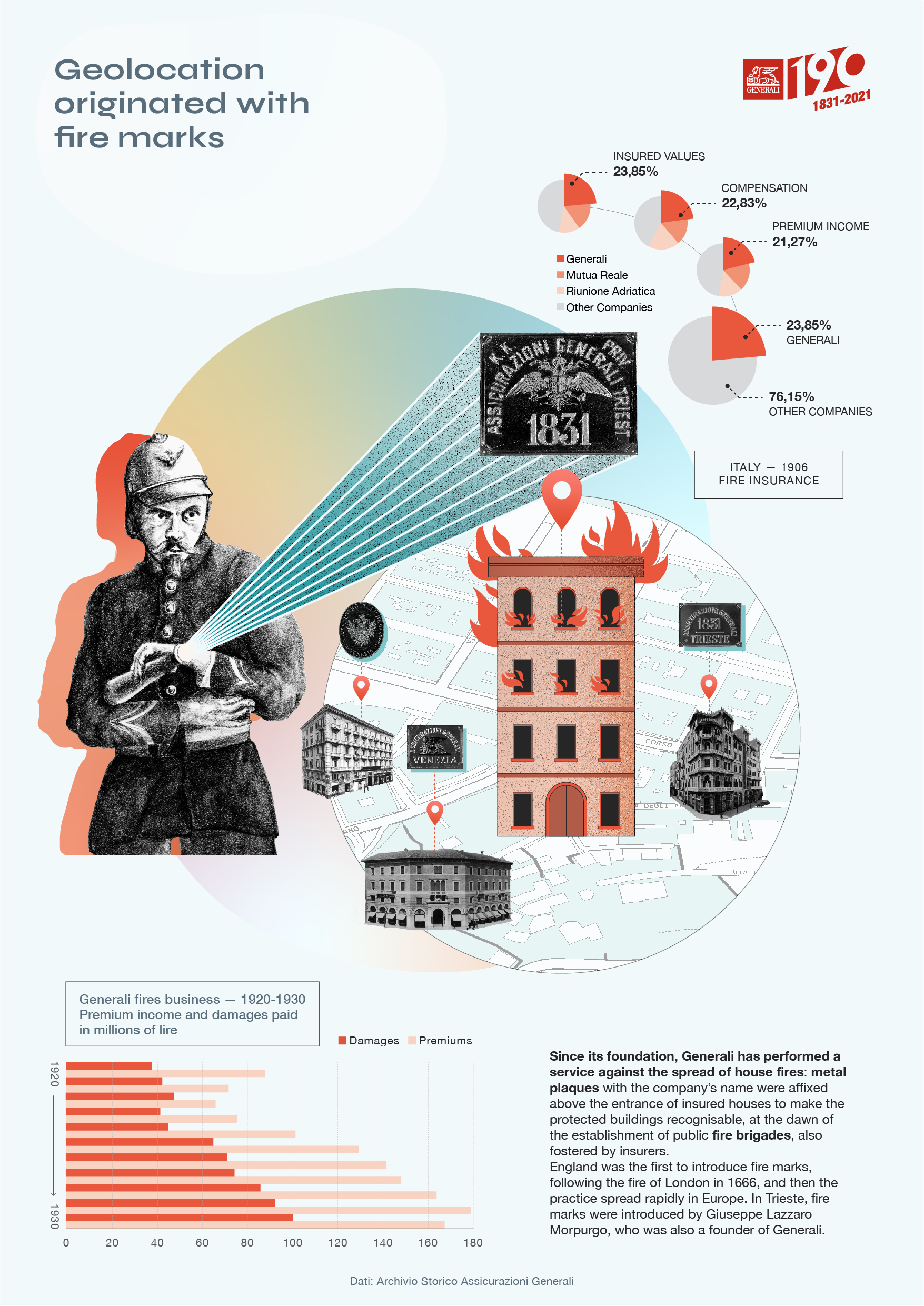 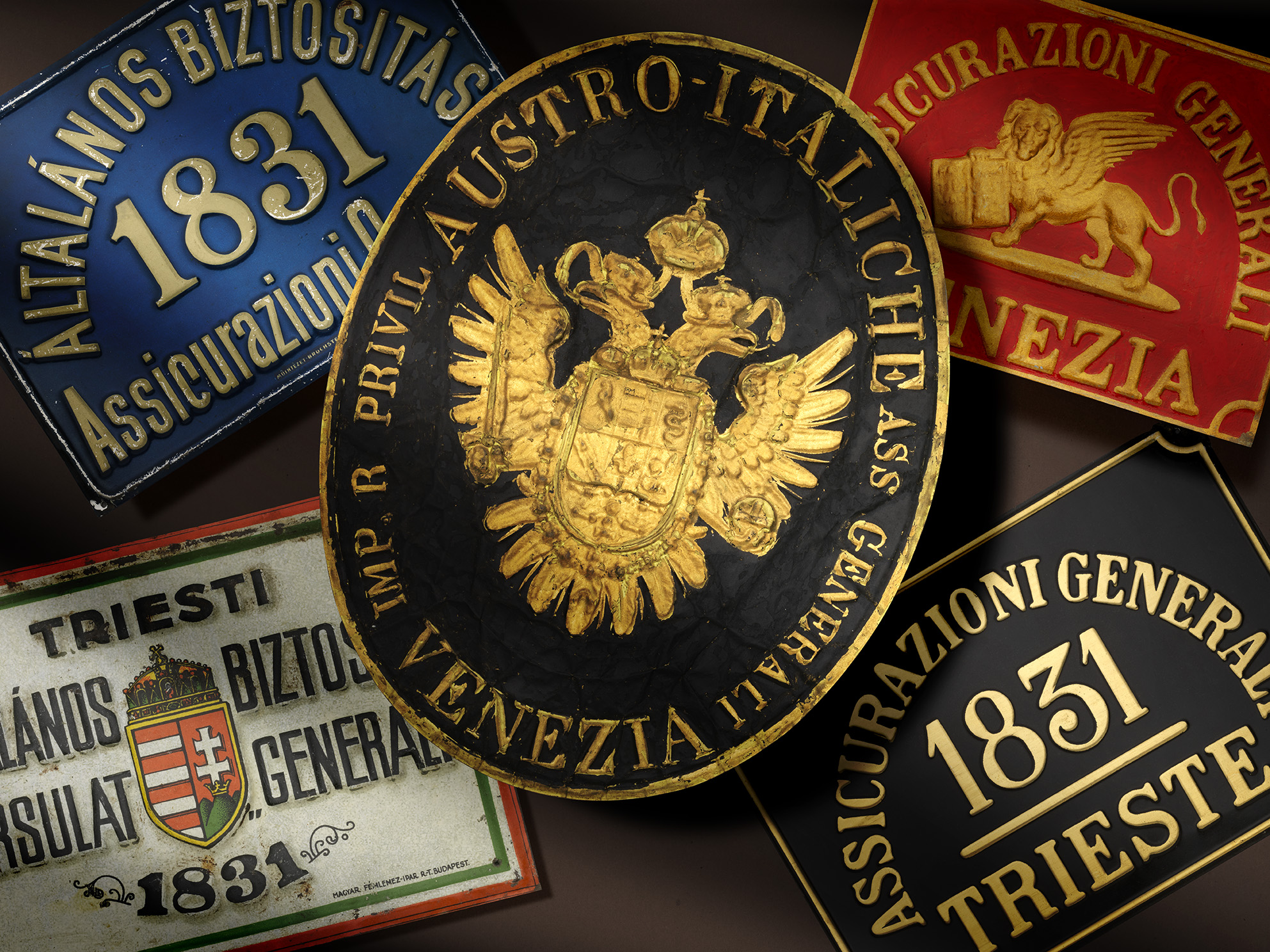 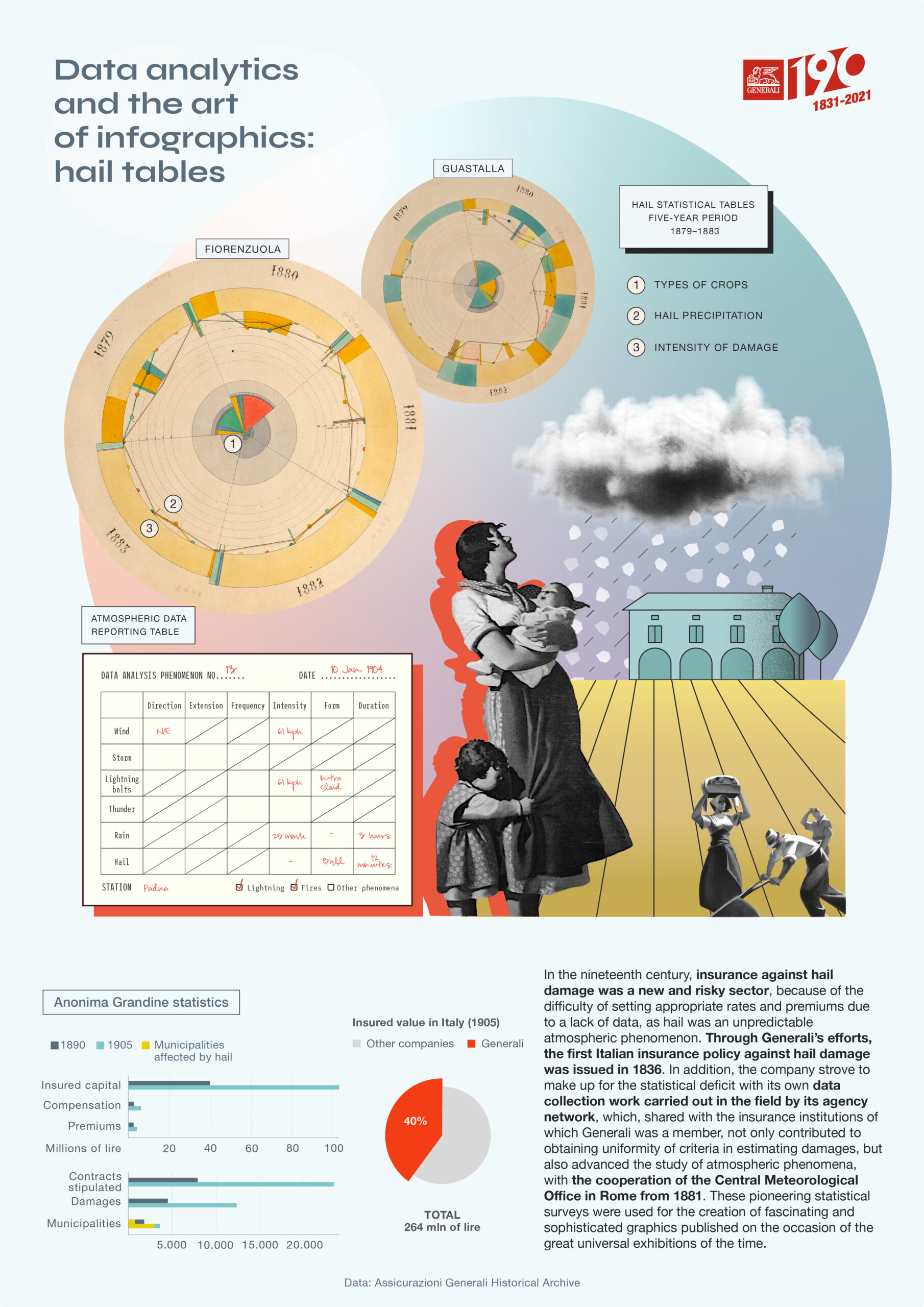 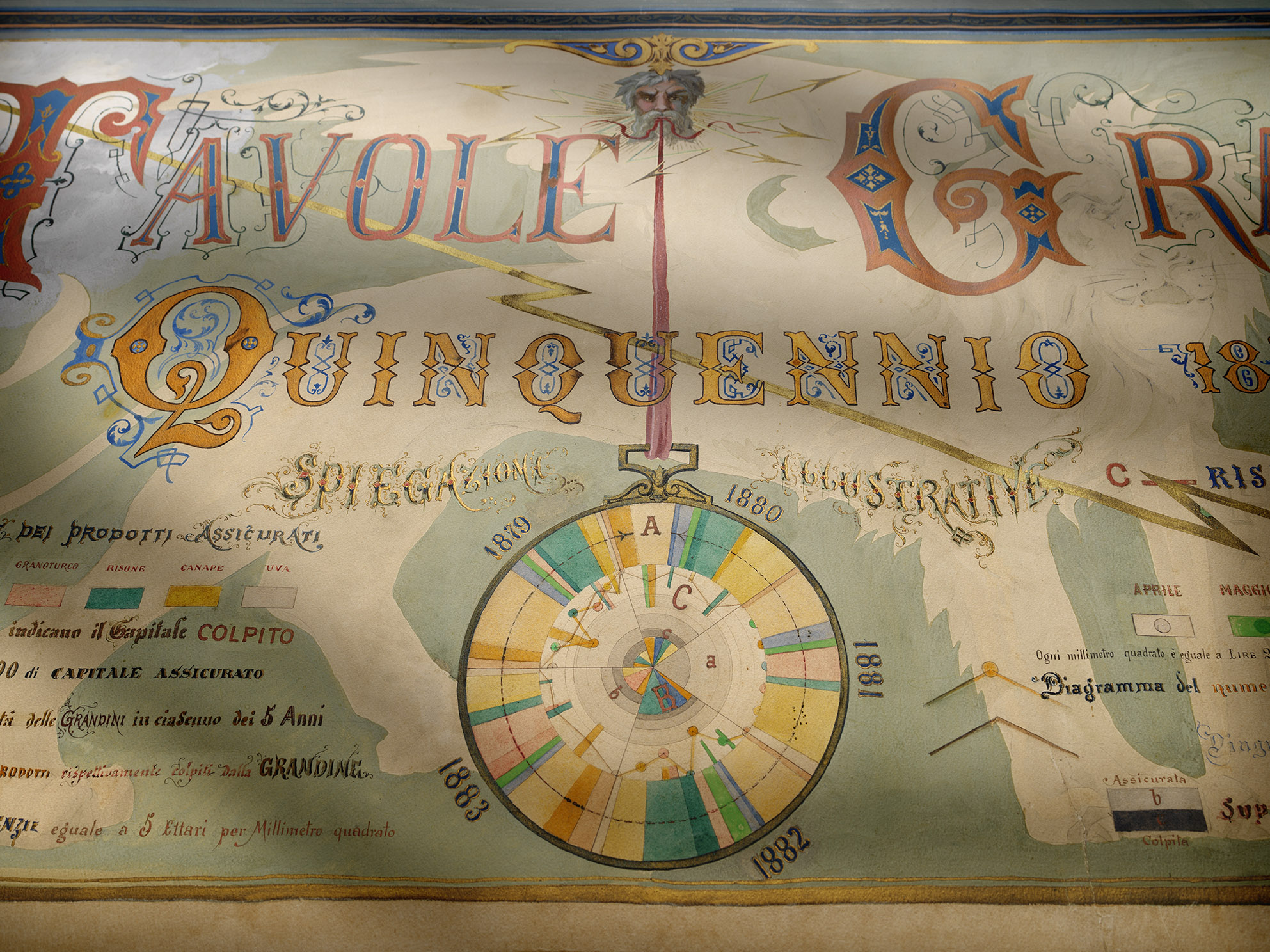 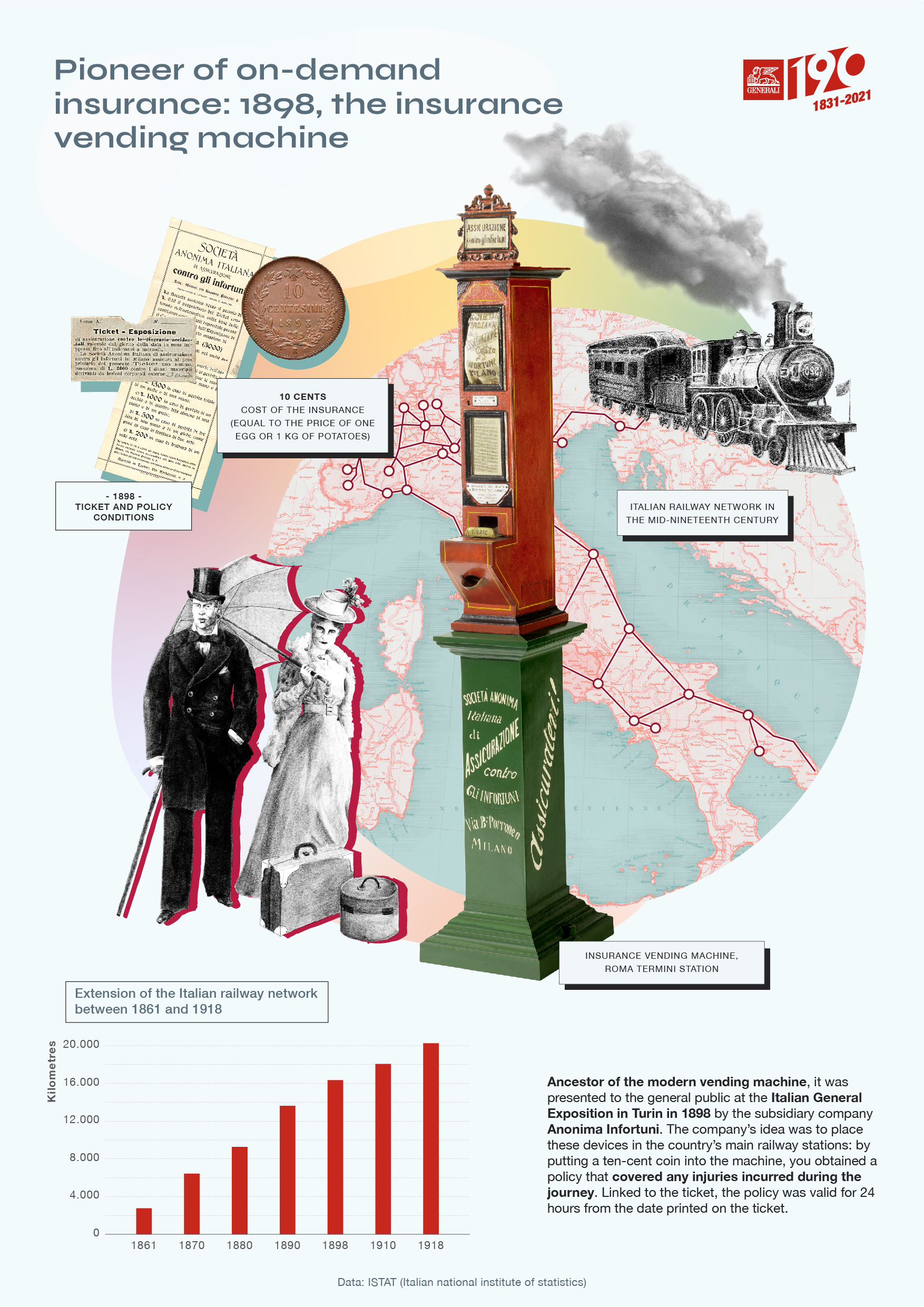 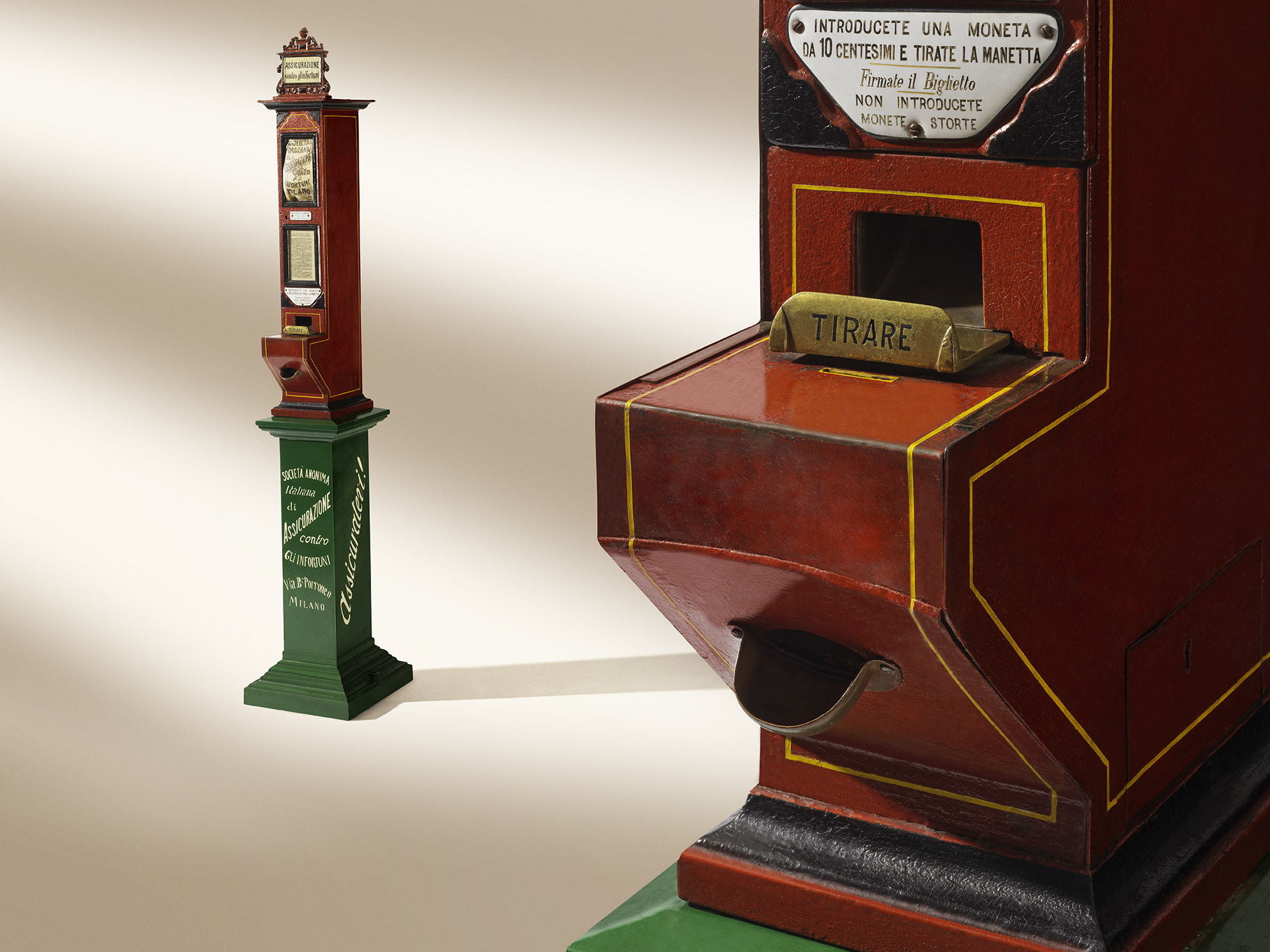 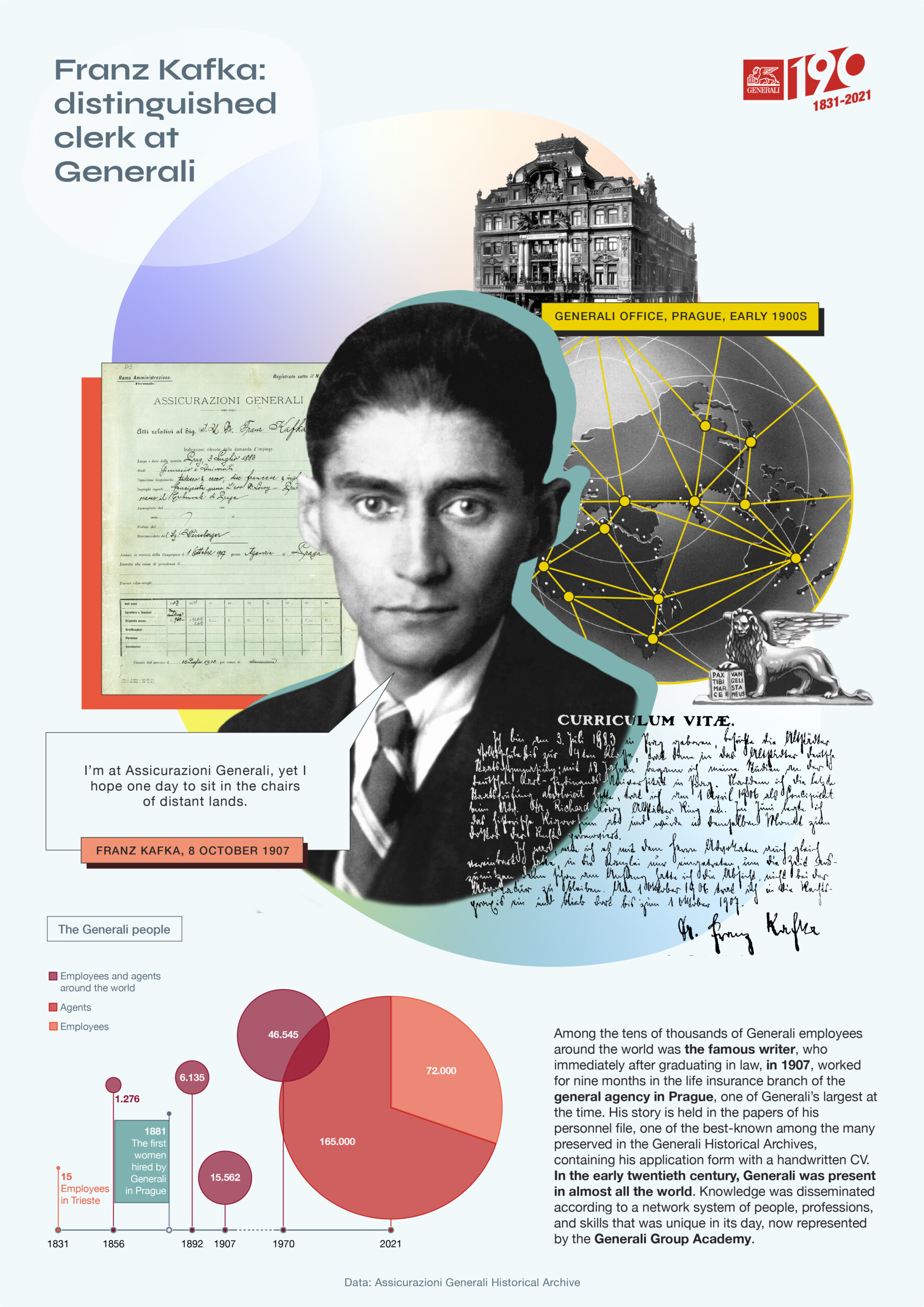 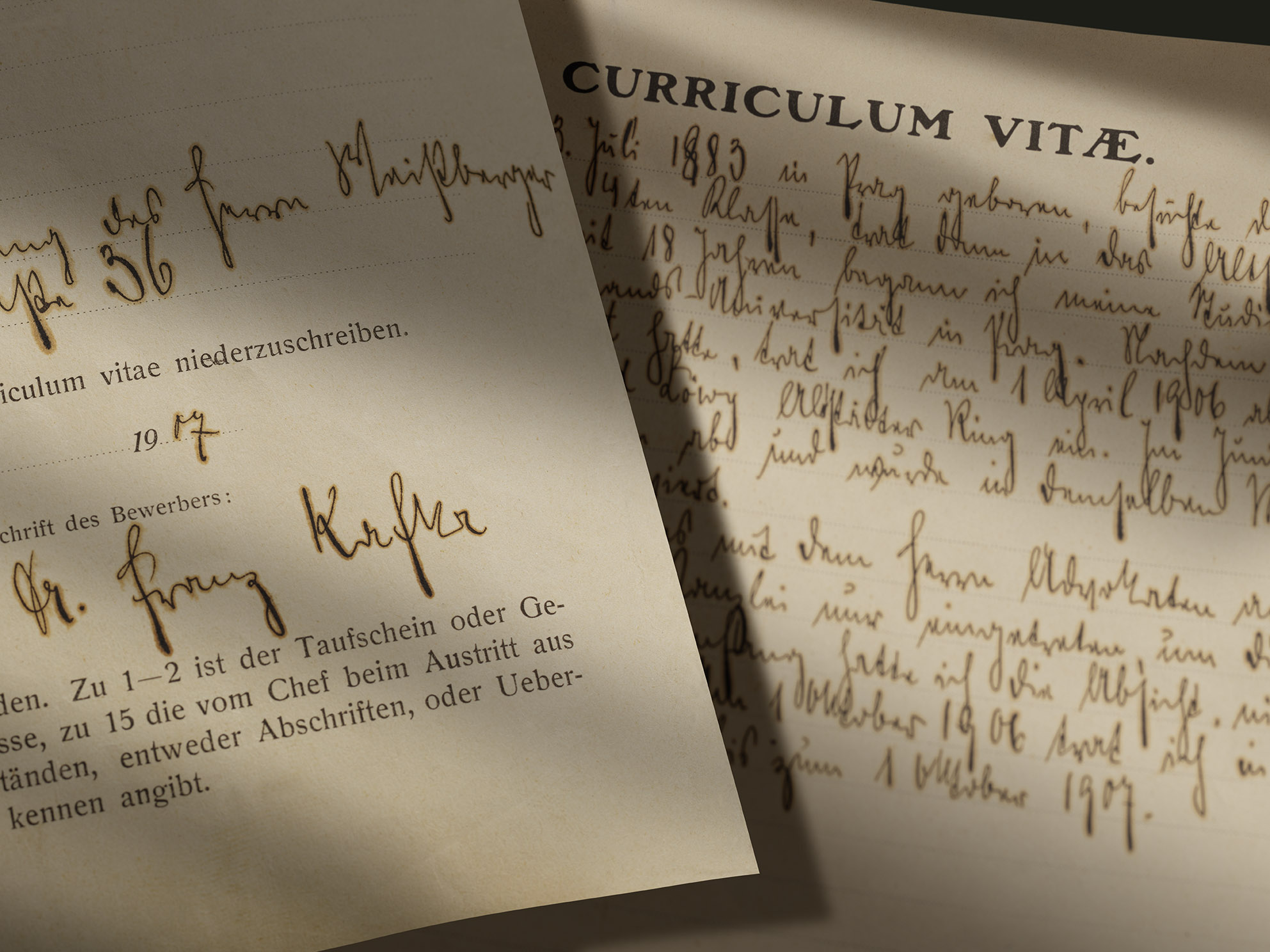 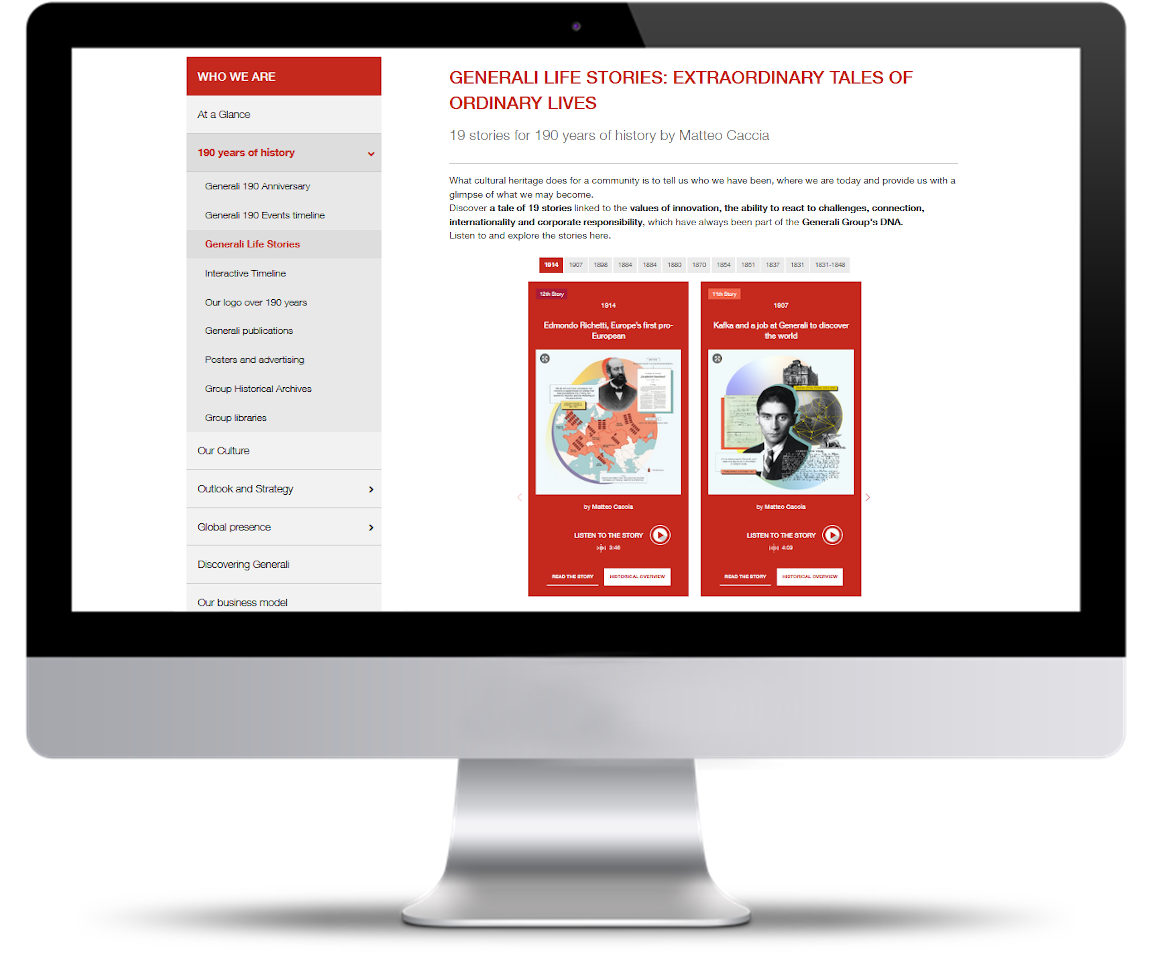 Generali has always had a deeply engrained international perspective that enabled it to respond to the needs and demands of different countries from the moment the founding documents were signed: a publicly traded company spread over the Italian peninsula and the Austro-Hungarian Empire, one corporate spirit in two bodies – represented by the eagle and the lion (symbolic visual representations of Generali’s identity), as well as its organisational structure which naturally developed into a two-headed model divided between the two headquarters (Trieste and Venice). This vision has ensured Generali is uniquely placed to play a central role in critical projects, to pursue new challenges and anticipate future trends while ensuring that it is the people who remain the focus of everything the company does. Their needs and aspirations are at the heart of the company’s mission, and they are supported through an approach that encourages openness and unwavering resilience.

Over the course of its 190 years of activity, Generali has left visible and tangible signs of another of the core values that is imprinted in its DNA as a lifetime partner: social responsibility. Selected Generali Life Stories offers glimpses into the lives of employees that demonstrate the central position that employee welfare and safety have always held for the company. Generali not only introduced welfare guarantees into its employment contracts long before state institutions did the same. The company also promoted a higher quality of life among its employees beyond office hours, carrying out reclamation projects in inhospitable terrain (Ca’ Corniani, Venice) and urban development projects to protect and promote the architectural and artistic heritage of cities in Italy and around the world. Among the company’s latest initiatives is The Human Safety Net, a global initiative to support the most vulnerable people in society.

The story unfolds over 19 episodes that are published at regular intervals on the dedicated page on the Generali website, www.generali.com. It is the result of a collaboration between the Generali Historical Archive and numerous creative artists, including radio scriptwriter Matteo Caccia, and infographic, photography and strategic design studios.